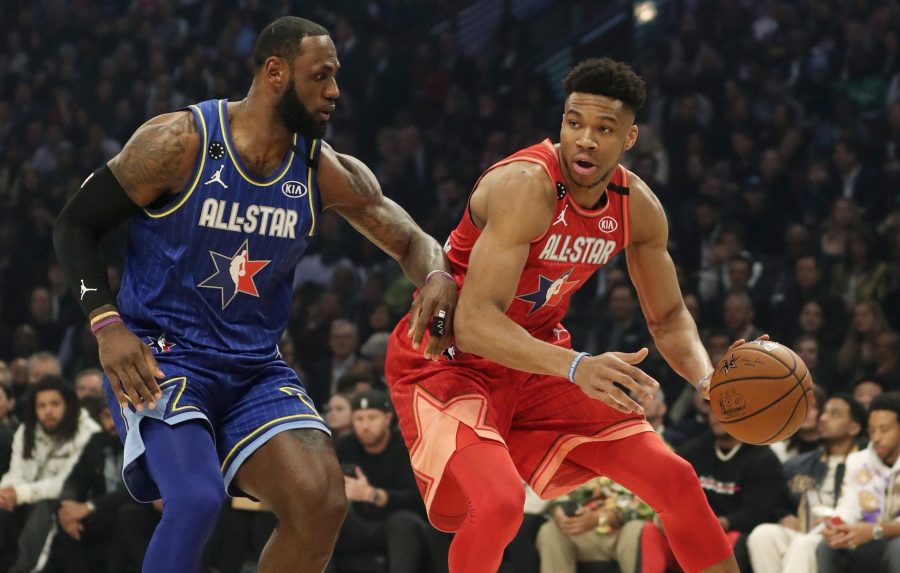 The NBA’s finest were gathered in Chicago’s United Center over the weekend for the annual All-Star game. The game itself was the culmination of an entire weekend of pageantry and showmanship, boasting a packed itinerary that included star-studded events such as the Slam Dunk Contest, the Three-Point Contest and the Skills Challenge. None of the events failed to excite, but it’s unlikely anyone could have predicted the sequence of events that was set to cap off the weekend on Sunday night.

The NBA introduced some rather radical changes to the format of the All-Star Game this year, many of which were implemented with the purpose of honoring the life and legacy of the late Kobe Bryant and his daughter, Gianna Bryant. The pool of All-Star players were split into two teams led by captains LeBron James and Giannis Antetokounmpo; each of the players on Team LeBron wore No. 2 (the number Gianna Bryant wore for the AAU basketball team led by her father), while the members of Team Giannis each wore No. 24 as a sign of respect to Kobe Bryant himself. The numbers on the virtual shot clock display also changed to purple and yellow when the time wound down to eight seconds, another gesture of reverence to Kobe’s other jersey number. However, the most significant alterations came by way of the newly devised quarter system. Primarily, the winner of each individual quarter received $100,000 to donate to a pre-selected charity whose beneficiaries were present in the audience, restoring a greater meaning to an event that many considered to be superfluous or meaningless. In the fourth quarter, however, the nature of game changed completely, as the teams played with the objective of reaching a target number that was 24 points greater than the leading team’s overall score, effectively removing all time constraints from the contest.

The contest’s unprecedented fourth quarter resulted in perhaps one of the most entertaining All-Star games in recent history. The charitable donations at stake gave each side the opportunity to leave a lasting impact on groups of people who would immediately benefit from the money. In turn, the players performed with as much heart and charisma as they could possibly muster; the defense was staunch, the shot-making was superb, and the highlight reel provided enough content to keep the anchors at ESPN busy far into the future.

The momentum seesawed back and forth throughout the final quarter, but Team LeBron eventually secured a narrow two-point victory after battling back from a nine-point deficit. Viewers nationwide were on the edges of their seats during the game’s final moments, in which Lakers forward Anthony Davis sank a free throw to reach the game’s target score, sealing the fate of Team Giannis, and handing the victory to Team LeBron. Headlining the stat sheet was All-Star MVP Kawhi Leonard, who finished the contest with 30 points in just 20 minutes of playing time. For Team Giannis, Milwaukee Bucks forward Antetokounmpo finished with 25 points while 76ers center Joel Embiid added 22 of his own.

Overall, the 2020 NBA All-Star game provided the perfect mixture of respect, lightheartedness and top-tier competition. By the end of the night, the viewers were reminded what the game of basketball is truly all about, just the way Bryant and his daughter would’ve wanted it.