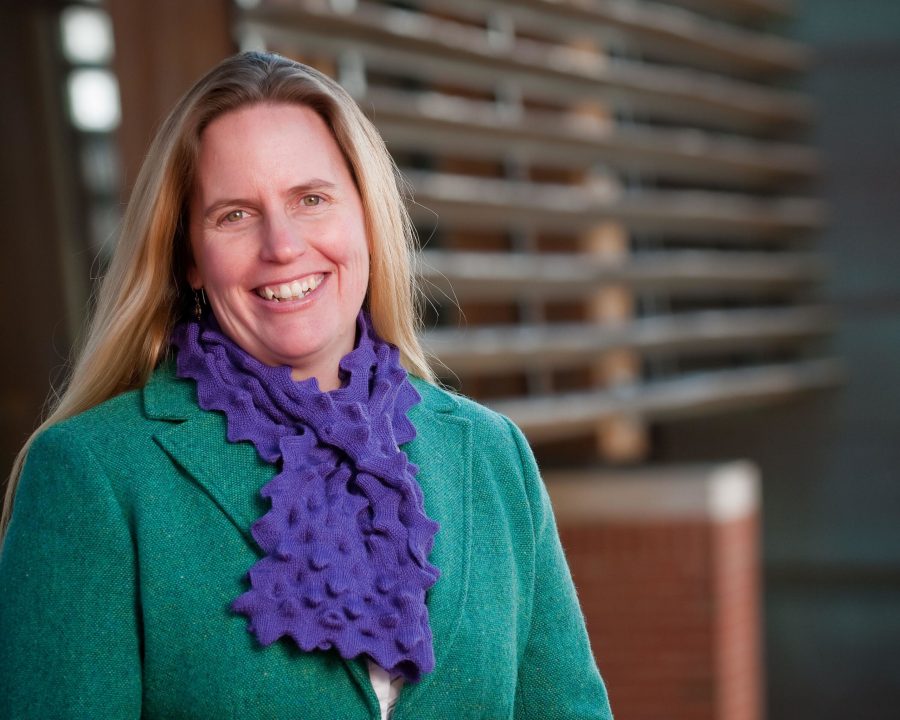 Dickson’s research shows that solutions for drawing down greenhouse gas emissions, like preserving peatlands and coastal wetlands — solutions #13 and #52 respectively in Project Drawdown — are crucial to sequestering carbon from the atmosphere. Peatlands, like pocosins and bogs found in eastern North Carolina, store twice the amount of carbon that all the world’s forests store. Coastal wetlands store five times the amount of carbon that tropical forests store. Developing carbon offset projects centered on these two solutions plays an influential role in mitigating climate change.

Dickson teaches in both the undergraduate Environmental Program and the Sustainability Graduate Programs. She leads a group of students to Outer Banks, N.C. each fall semester to study the effects of sea level rise and saltwater intrusion. She was also part of the team that calculated the carbon sequestration potential of the coastal N.C. peat farm in Duke University’s carbon offset portfolio.

How does your research investigate ways to mitigate climate change?

I work for a company called Terracarbon that helps develop carbon projects. We help with the technical components of developing carbon projects, like quantifying how much carbon there is in trees, peat soil or wetlands. I also do Geographic Information Systems and spatial analysis. I do all of the work that goes into looking at anything spatially related to carbon projects, like mapping and satellite imagery analysis.

GIS is pretty much looking at everything from a spatial perspective, and climate change is a spatial phenomenon. We have things happening at different rates in different parts of the planet. So, we can spatially monitor and quantify change and see where change is happening.

How has your work with Terracarbon and GIS led to your research on the Outer Banks?

I actually started going to the Outer Banks with Terracarbon because we did some preliminary work to develop a carbon project out there working with Pocosin Lakes National Wildlife Refuge. All of the pocosins in N.C. have been drained, so we looked at the potential for rewetting them to recapture carbon through that drawdown idea.

How do peatlands work?

They are typically wet. The water saturation is part of what keeps the carbon sequestered in the soil. So, the draining of peatlands is what causes the emission of carbon. When they dry out, they start to release all that carbon they hold, which is more than global forests. They’re pretty remarkable.

You’ve spent many years going to the Outer Banks. Have you noticed any visible changes over the years?

Shockingly, yes. I remember on my first trip with Terracarbon, we were looking across this huge wetland area, and we could see all these standing dead trees. They were showing us that this is the effect of saltwater intrusion and sea level rise, because when the sea level rises it doesn’t just come from the ocean, but it also comes from below. The salinity of the soils were getting to be so much that the trees were dying. It was the first time I could visibly see it. Climate change is really real. So, in short, yes. Every time I go out there, I see more standing dead trees.

How did this influence your decision to develop a program for students on the Outer Banks?

How do locals feel about the Outer Banks?

That’s a really complicated question, and it’s a changing situation. We used to prep students to not talk about sea level rise or climate change because locals were so heated. If you look historically at some of the storms that have devastated the Outer Banks, locals know that storms and weather have a direct and constant impact on them. But, they tend to take these ideas around climate change and think of them more as weather, and will frequently say, “If you believe the scientists, then the Outer Banks should have been under water 10 years ago.” But, I think this has changed a lot.

How has it changed?

They are much more aware of it. For example, they’re trying to figure out what to do with their septic systems, because they’re dealing with sunny day flooding already. The only tool they really have in their arsenal to deal with it is beach renourishment — that is pumping sand from off-shore onto the beach. However, it’s a temporary solution.

What kind of major change is needed to save the Outer Banks?

Policy — we definitely need to set upper limits on carbon emissions. I think we are getting to a point where, collectively, there is not as much ability or desire to deny climate change. There’s more recognition of “okay, now what are we gonna do about it?” So, I think we’re at a tipping point. If we get involved in some initiative that we feel connected to, then we recognize that we can make a change. That’s important because it can get very heavy if you feel like you can’t.

Are you optimistic about where things are headed?

I try to be (laughs). No, I’ll say yes, I’m optimistic because I believe we have the capacity to make dramatic change. I mean look at what humans have done so far. We have created waste water treatment systems that are just remarkable. So, we must decide that we need to and want to make change. The challenge will be making sure that we do it in a way that is focused on all organisms and ecosystems that we are dependent upon — not just on human survival.