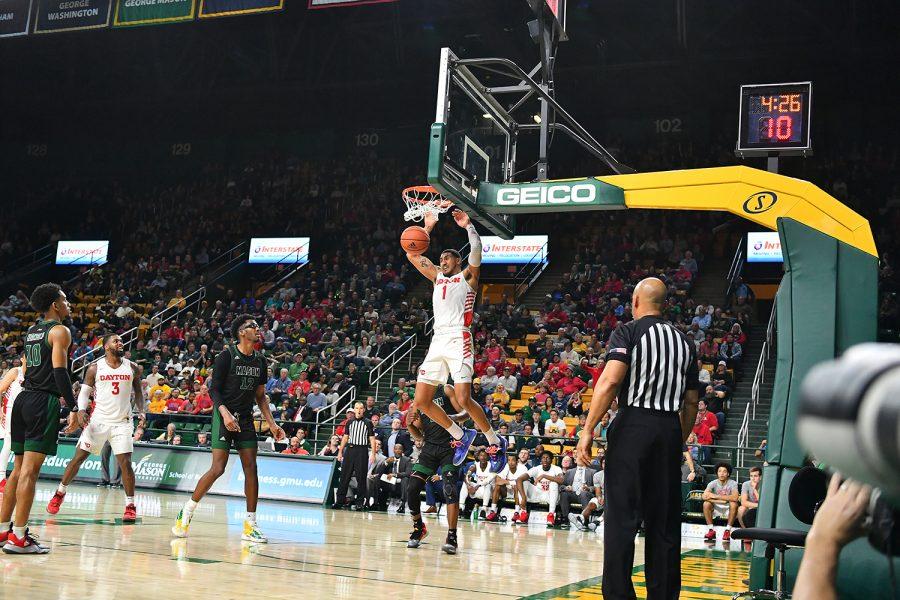 Most often, the city of Dayton, Ohio, has little cause for excitement. As a Dayton native, I’ve seen my city gripped relentlessly by the vices of heroin and opioid addiction, poverty and unemployment. Those who live elsewhere and have heard of Dayton often know it for the wrong reasons — reasons the residents of Dayton would love nothing more than to wipe from their memories.

Through it all, however, the city’s love for the game of basketball, and particularly the University of Dayton Flyers, has never dwindled. The Flyers are the pride and joy of the city, and there are few teams nationwide whose fans share the same levels of dedication. It doesn’t matter when Dayton is playing or how the team has fared up to that point; if the Flyers are at home, the arena will be full and loud, the air filled with the boisterous cheers of passionate students, committed season-ticket holders and kids with dreams of suiting up for the Flyers one day. It’s because of these incredible supporters that the Dayton basketball team tends to form a unit far greater than the sum of its parts. They’ve established a reputation as a team capable of truly anything when the postseason rolls around; it’s widely held that as long as the Flyers can field five players, the ensuing contest is bound to be an entertaining one.

This season, however, the Flyers are a force to be reckoned with. Led by highly touted NBA prospect Obi Toppin, University of Dayton has taken the college basketball world by storm, snagging the No. 4 spot in the national rankings while boasting a superb 26-2 record. The Flyers have yet to lose in conference play and hold a comfortable four game cushion over Rhode Island in the Atlantic Ten. Dayton owes much of its success to the play of the aforementioned Toppin; his 19.7 PPG average places him among the nation’s most potent offensive weapons. The Flyers are also boosted by excellent guard play from the likes of Trey Landers and Jalen Crutcher, two reliable veterans with the ability to contribute evenly on both ends of the floor.

At present, the Flyers are undoubtedly the hottest team in all of college basketball. They’ve won an NCAA-best 17 consecutive games, gutting out victories in every way imaginable. As postseason play approaches, Dayton finds itself flying high, dominating in a way no one expected.

Dayton’s play this year has had a significant impact off the court as well. The entire city has rallied behind the Flyers, pouring all the love and support they can possibly muster into each and every contest. Social media has been consistently set ablaze with well-wishes and kind remarks to the players and coaches.

As the residents of Dayton continue to mourn the victims of a horrific mass shooting which occurred last summer, this year’s squad has provided a glimmer of hope to a city that desperately needs it. Watching the Flyers play, it’s clear that the players are fiercely proud of the logo on the front of their jerseys, and that they take to the court each night fighting for something far greater than numbers on a scoreboard. It’s been incredible to see so many of my friends and family join together in support of this team that’s loved by so many; it’s reminded me how powerful sports truly are. It’s encouraging to know that win or lose, the residents of Dayton, Ohio, will always stand behind their Flyers at the end of the day.