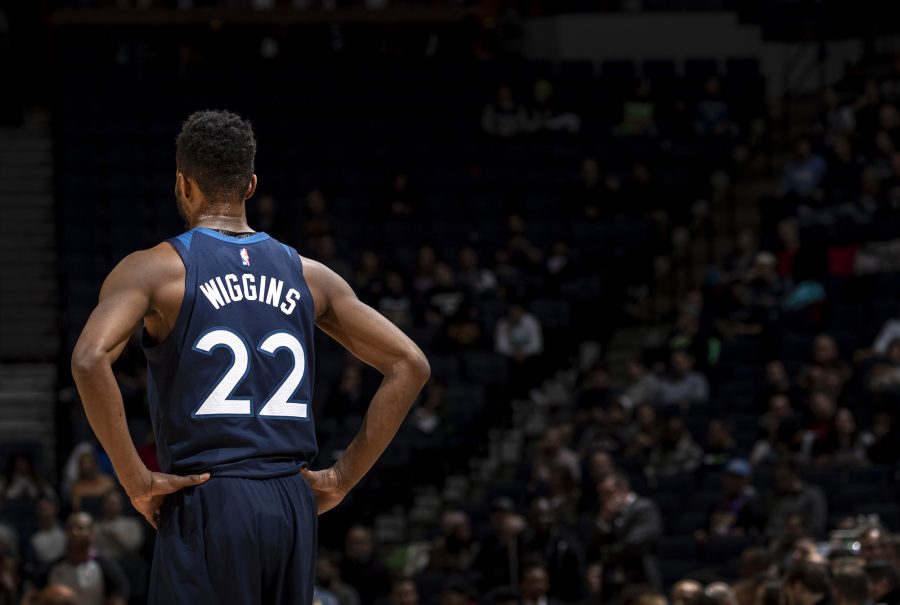 The Minnesota Timberwolves' Andrew Wiggins (22) in the second quarter against the Atlanta Hawks at Target Center in Minneapolis on Wednesday, Feb. 5, 2020. (Carlos Gonzalez/Minneapolis Star Tribune/TNS)