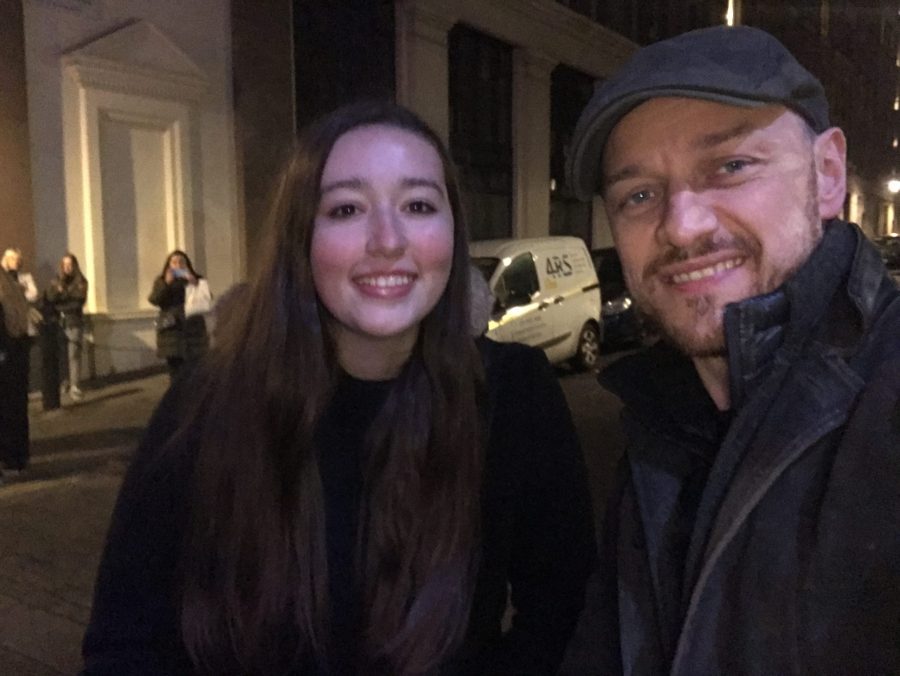 While studying abroad at the Worrell House in London, students have the opportunity to see plays with regular consistency as part of the theater course taught there. My experience was exactly like this; we saw at least one show a week, every week we were there. Going to the theater so often inspired myself and one of my roommates, junior Elizabeth Mabry to buy tickets to see James McAvoy in a modern translation of Cyrano de Bergerac at the Playhouse Theater. In a special live stream produced by National Theater Live, I got to see the production for a second time. This time, instead of watching from nosebleed seats on the top floor of the theater, I reclined in an overstuffed black leather armchair in theater eight of the Regal Greensboro.

The original text for Cyrano de Bergerac was written in verse by French playwright Edmond Rostand in 1897. Although Cyrano de Bergerac was a real person, and the play does contain elements of his real life, it is mostly a work of fiction with elements of myth and invention on the part of Rostand. The two most well-known English translations are by Brian Hooker and Anthony Burgess, but neither attempts to bring the vernacular of the play into the modern era.

Enter: Martin Crimp. Crimp is a British playwright known for his original plays, as well as adaptations. Crimp’s newest adaptation is laced with the original comedy, and drama of the original French. This production is being produced by the Jamie Lloyd Company, with McAvoy in the titular role.

The play is spectacular. Dynamic and entertaining despite a bare-bones set and regular dress costumes, the focus is placed entirely on the actors. McAvoy is a compelling Cyrano and gives a masterful delivery of the complicated verse. The story follows Cyrano as he inserts himself into the relationship between Christian and Roxanne, creating a love triangle that is both hilarious in its fallacies and tragic in its ending. The larger lessons from the original text about placing stock in someone’s personality rather than their appearance, fall to the background of the larger message about the importance of loving someone for who they are rather than who you would like them to be.

The production is set to finish its run this Saturday Feb. 29, and its final performances are completely sold out. I have a feeling this isn’t the last we’ll see of this particular translation. Embedded with modern influences of hip hop and rap music, the show itself utilizes a beatboxer to underscore certain moments of tension or celebration. In a similar vein of popular musicals, like Hamilton, Cyrano is delivered with the same cadence and lyrical fluidity of modern music. I could very easily see a second production on the stages of New York or Los Angeles. If only American audiences would get so lucky.