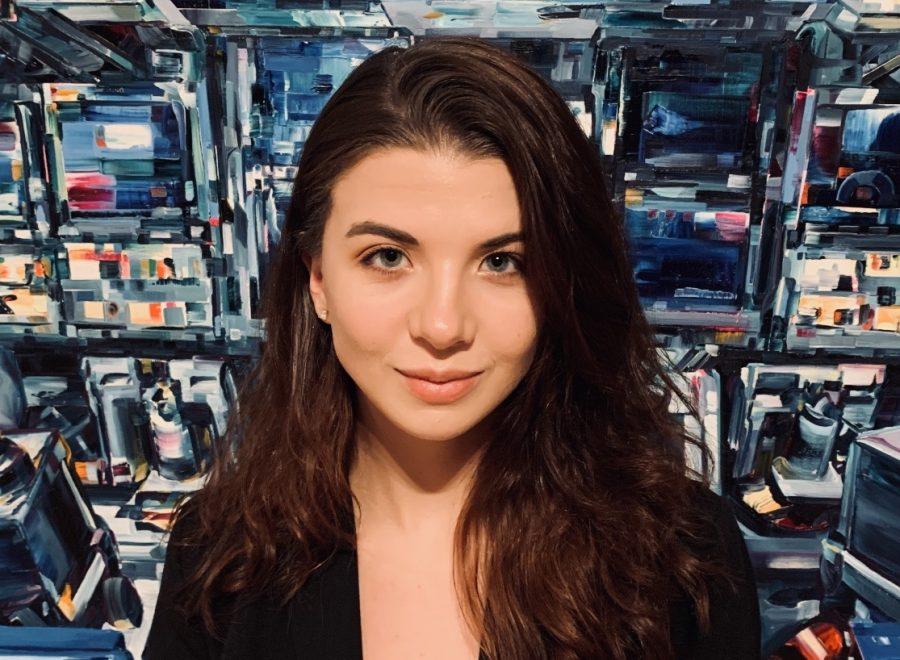 Highly accomplished sophomore Lainey Drake was one of just 40 women from around the country selected for the prestigious Brooke Owens Fellowship. The program placed her with Virgin Galactic for a summer internship in New Mexico. As a part of her internship, she will have the opportunity to work for an up-and-coming company that is at the front line of commercial spacecraft.

Congratulations on such an incredible accomplishment! Could you explain a little bit about your Brooke Owens Fellowship?

That’s incredible! What is exciting to you about Virgin Galactic?

Virgin Galactic is the first publicly traded commercial spaceflight company in the world, which I think is just so incredible. You can buy stock in them and no other aerospace company, and what they’re doing as the first commercial spaceflight company is opening space to a new generation of people. So, the way that [space] aircraft and air flight was once an exclusive business, they’re opening that door to common man, and hopefully in the future, prices become more accessible, as well, and we can get more people into space experiencing zero gravity.

What part of all that are you most looking forward to?

I’m really excited to be a part of a team of engineers who are truly innovators. They had to design this spaceship from the ground up. It’s a reusable spacecraft, which is really remarkable, actually. If you think about it, NASA sends aircraft in space, and then it goes and sits in a museum somewhere. What Virgin Galactic is trying to do is make this recyclable, for lack of a better word, so that they can have sustainable operations for commercial space flight. Their spacecraft is designed to go into space, land and then go into space again, which is just incredible and I’m really excited to see test flights and to work as a part of this team.

So, how did this love for physics all begin?

I took my first physics class my junior [year] of high school at the North Carolina School of Science and Math and I was just immediately captivated. I didn’t think I was a science person. I’d taken chemistry and biology and didn’t like them much. I really thought I was going to be a math major in college, but the second I saw my beloved calculus applied to real-world applications and problems, and really, truly being able to explain the way that matter interacts with the universe and putting mathematics to gravity, I was just fascinated — and it’s only gotten better from there. I’m taking modern and mechanics this year and I just, yeah, I love my major!

Where do you see yourself after college in terms of your career and future research in physics?

I know you’re also excelling in a variety of other things on campus. Can you elaborate on what else are you involved in here at Wake Forest?

Yeah, so I’m actually a double major. I am a physics and theater double major and I’m very involved with the theatre community. I am a member of the Anthony Aston Players (AAP), the student theater society here on campus, as well as an actress. I’ve been in several main stages, including How I Learned to Drive. I played Lil’ Bit last semester and I’m also a master electrician, so I work in the scene shop hanging the lights and doing the rigging for all the shows, and that’s a great combination of my love for physics and theater.

What advice do you have for future applicants to the Brooke Owens Fellowship?

It’s really simple actually — just apply, apply, apply if you qualify, and all you have to be is a woman or a gender minority who is passionate about aerospace. You don’t even have to be a STEM major for sure. They take business and English and communications and all different branches. You just have to have a passion for space, and I just want to reassure women and gender minorities that imposter syndrome is real and that, for myself, I kept feeling that I was a fraud or an imposter and that through the application process they would just figure out that I wasn’t good enough and that wasn’t the case. Like, I now have a support system of incredible women behind me who are lifting me up, and I’m going to get to go on to do really incredible things, and I’m just happy I didn’t say no to myself and close that door for myself.