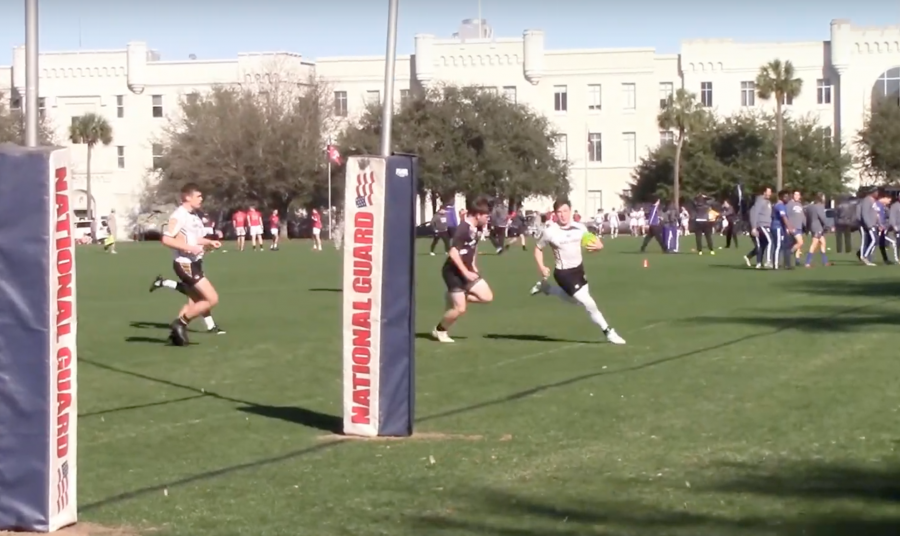 Wake Forest Rugby celebrated the rare occasion of a leap year with a superb third-place finish to kick off the regular season at the Southern Rugby Conference Qualifier, hosted by the Citadel, a historic military college in Charleston, SC.

The tournament bracketed 16 teams grouped into four pools, where the four pool champions would compete in a final four for the Cup Championship. Wake Forest won its pool, which was also comprised of Western Carolina University, the Citadel and Campbell University. Wake Forest won all three matches in pool play, first beating WCU 45-5, narrowly scraping out a win 19-17 against the Citadel with a successful goal line stand and finally shutting out Campbell 24-0.

Meanwhile, Wake Forest’s B-side team, nicknamed the “Killer Bs,” showed how talented the team is top-to-bottom with two wins over Coastal Carolina  University 33-12 and 31-0. Sophomore Jacob Beckner had a standout performance for the Killer Bs with seven scores on the day.

In the Cup Championship playoffs, Wake Forest faced off against a formidable opponent in Appalachian State. The Demon Deacons held onto possession and were knocking on the door of the try zone for the entirety of the first half until speed demon junior Greyson Reed finally found a crack in the opponent’s defense to score with a minute to go. Senior Richie Horton then converted the extra point to lead the team into the second half up 7-0. Unfortunately, Wake Forest was not able to hang onto its narrow lead as the tables turned in the second half. App State battled its way back to put up 12 points.

With the final seconds dwindling on the clock, Wake Forest came within inches of reclaiming the lead as freshman standout Kaamil Farooqi was tackled on the goal line in dramatic fashion. Despite a bitter-sweet outcome, Farooqi maintained a positive outlook.

“Third place wasn’t the end result we wanted, but there’s plenty to look forward to,” he said. “There are still things to work on, but we definitely showed we have the talent and ability to compete with top-tier teams and really succeed at this level. Losing to Appalachian State University, who eventually won the tournament by literally a matter of inches, is fresh in our minds, mine especially, and I’m excited to see what we ultimately achieve with this newfound motivation.”

“Every player maintained an intensity and aggression I’ve never seen before, whilst always showing great respect to the opposing teams. I am honored to be a part of such a distinguished [team],” match captain David Sinclair further reflected on the outcome.

Wake Forest Rugby will spend the coming weeks focused on its next tournament at Furman University on March 21.

“I know that as a team we are hungry to improve on our performance at our next tournament,” senior captain Brandon Freeman said.