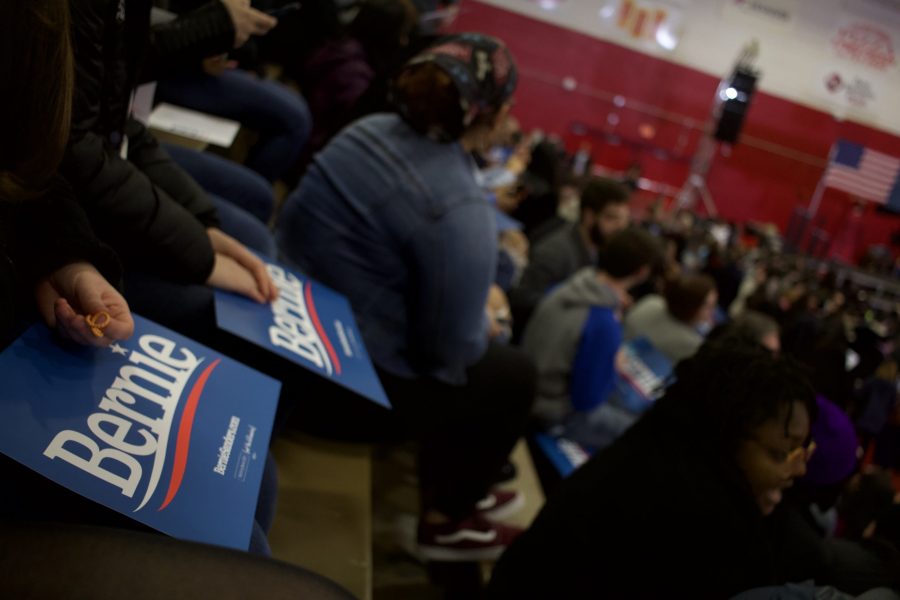 It is common knowledge that March comes “in like a lion and out like a lamb.” Lately, there seems to have been an emphasis on the “out” part. Earlier this week, Mayor Pete Buttigieg and Senator Amy Klobuchar announced their resignation from the 2020 Democratic race. These two former Democratic candidates did not leave in silence, however. Just hours after their resignations, both Buttigieg and Klobuchar endorsed former Vice President Joe Biden for the presidency.

Combined with Biden’s victory in the South Carolina caucus, these two endorsements might give the former vice president the momentum he needs to score the Democratic nomination. The only thing in his way? Senator Bernie Sanders.

Not surprisingly, the Democratic party is at a crossroads. Tensions are higher than ever. On one side, people are crying out that the party needs to rally together and #VoteBlueNoMatterWho. On the other, accusations are flying that the Democratic National Convention is working to push Sanders out of the front runner position.

For voters, frustration is in the air. For the DNC, trouble strikes again.

To be frank, this trouble has existed all along. In no scenario is it possible to have over 20 people campaigning for a single spot and it go over smoothly. But after the flaming mess that was the Iowa caucus, it was clear that the disorganization ran deeper than some people thought.

All of the chaos aside, I think it can be said that out of the four remaining candidates, the only two truly likely to score the nomination are Biden and Sanders. I don’t say this because I dislike the other candidates running. Personally, I am a huge fan of the policy-heavy administration Sen. Elizabeth Warren promotes. While I have not been silent in my support for Warren, I also recognize that she has lost her footing and slipped drastically in national polls. With this, I have packed my bags and moved my support to the candidate who I believe has the gall to beat Trump — Mr. Bernard Sanders.

In no scenario is it possible to have over 20 people campaigning for a single spot and it go over smoothly.”

I am not alone in my shimmy over to the Sanders side. All across the country, people are pleading for Warren to drop out of the race and endorse Sanders. This would align all progressive voters behind one candidate instead of having the base split the votes between the Massachusetts and Vermont senators. For more progressive voters, this is a plan people need to get behind sooner rather than later. The chance of Sanders beating Biden out for the Democratic nomination is much higher if Warren supporters rally behind the progressive front-runner.

Afterall, is this not exactly what Buttigieg and Klobuchar did? Sure, there was some financial strategy woven in there, but they dropped their relatively successful campaigns to offer support to Biden in hope for a moderate Democrat to gain hold of the nomination.

The moral of the story is, there is a lot of conflict within the Democratic Party right now. And something tells me it is going to be sticking around for a while.

Party divisions are a natural part of politics. Despite what the latest Twitter poll might have said, they are also not inherently bad. Afterall, these divisions allow voting party members to re-examine and redefine what issues are important to them. No, the process isn’t perfect and no, I don’t think the Democratic Party is without need of change. But before any change to the institution can be made, we need a President in office who is willing to prioritize change that promotes growth, not division.

In order for Trump to be defeated, the Democratic Party needs to rally behind whoever the nominee is, regardless of whether or not he or she is the voter’s first choice. This means no writing in candidates who didn’t secure the nomination and absolutely no refusing to turn out to vote because the choice that has to be made is not ideal. Afterall, trust and cooperation are the not-so-secret ingredients to a collaborative and successful campaign. And this country needs all the collaboration and success it can get.