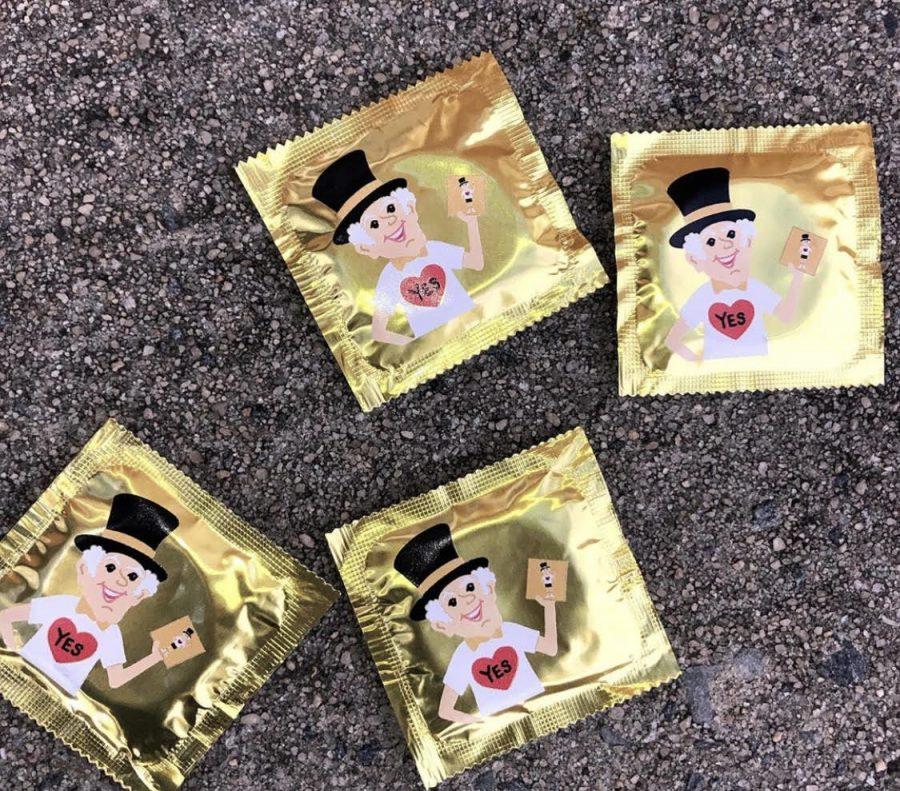 Students on campus will soon begin to see a new dispensing machine attached to the walls of their residence halls. The product being dispensed? Condoms.

Joint efforts around campus to promote safe sex practices have resulted in the approval of these dispensers. Junior Laura Horton, secretary of Student Government, spoke about the concerns that led to the creation of this initiative.

“A common thing many students have complained about is that there are only two places on campus where they can currently get condoms, Student Health and the Intercultural Center,” Horton said.

Both of these locations are on South Campus, which can be inconvenient for students living elsewhere. Picking up condoms from these locations also has an embarrassment factor associated with it, which is something Horton has sought to minimize through the condom dispenser initiative.

“Sexual health is something I’m very passionate about,” Horton said. “It’s often ignored, but I think it’s so important, especially on college campuses.”

Different types of condoms will be included in the dispensers, including the popular brands Trojan and Magnum. Further, the dispensers will include different condom sizes, ranging from ultra thin to ribbed.

Although the initiative has been approved, it has experienced some resistance. After a group of freshmen took condoms from Student Health last semester and made them into water balloons, some faculty expressed concerns that this initiative will become abused by students. To address this concern, Residence Life and Housing is considering dispensers that would have timers in order to prevent people from overusing the resource.

There have been additional concerns about the possibility of administrative pushback and parent complaints. To avoid calling attention to the dispensers, they will likely be placed in the bathrooms of residence halls.

Furthermore, the dispensers will include instructions that teach students how to properly put on the condoms.

“Not everybody had sex education in high school, and not everybody knows how to put on a condom before coming to college,” Horton said. “We don’t just want to have condoms available, but we want to have educational resources available in the dispensers as well.”

Yet, the approval of the condom dispensers is just one part of a larger policy aimed at addressing sexual health on campus. In fact, the Safer Sex Express initiative will roll out in the fall semester of 2020.

Through an online, anonymous google form, the Safer Sex Express initiative will allow students to order different types of condoms to their personal mailboxes.

Olivia Thonson, the sexual health and wellness intern at the Women’s Center, has been the primary advocate for this initiative.

“I hope the Safer Sex Express initiative will give students at Wake [Forest]   access to different types of barrier methods, with an educational component as well,” Thonson said. “Within the packages, students will receive a variety of information, including instructions on how to properly put on the condoms and resources both on and off campus.”

There will be a schoolwide survey sent out via email on April 1, which will ask students about their condom usage and what types of lubricants they would like to receive in their packages. To ensure the Safer Sex Express initiative will be as effective possible, all students are encouraged to complete this survey.

To top off these two initiatives, Sex Week will take place from March 30 to April 3 this year. There will be a variety of events offered throughout the week, all of which will promote sex education and preparation.

On Tribble Courtyard, there will be a “Tiegasm” event where students can tie dye a t-shirt for free while learning about different types of orgasms. There will also be a speaker series called “Sex Ed Done Right,” which will address many of the myths related to virginity. This series will cover everything from virginity’s relationship with religion to the anatomy of virginity. Thonson is additionally hoping to coordinate a sex trivia event with PREPARE, a sexual assault and awareness organization on campus.

To promote the Safer Sex Express initiative, there will be a Safer Sex Express mobile riding around campus during Sex Week. This golf cart will pick students up from their designated locations and drop them off at their classrooms throughout the day.

On the last day of Sex Week, there will be free HIV and STI testing on the Quad.

With many events geared toward sparking more conversation about sexual health, Thonson expressed her goals for Sex Week.

“We are hoping to promote open dialogue regarding safe sex, break down sex barriers and educate students about all the resources available to them on our campus,” Thonson said.