RAs Will Not Receive Pay During Remote Learning 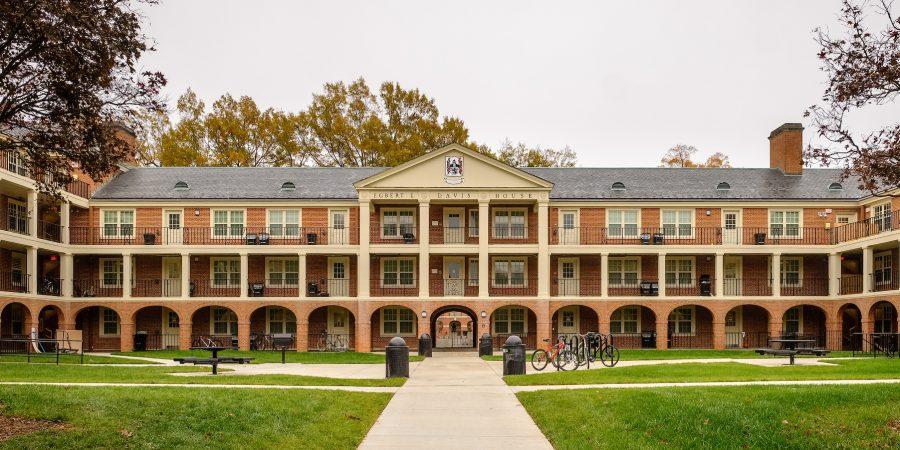 Editor’s Note: This article contains quotes and information from four resident advisers who, when speaking with the Old Gold & Black, asked to remain anonymous. We have not included their names in this article, though their identities are known to us, as to not compromise their positions as employees. To avoid confusion, each RA will be referred to using a gender neutral alias.

After the university announced the suspension of in-person classes due to the novel coronavirus outbreak, many students were scrambling to coordinate when they were going home and what they were going to do with the contents of their dorm room. Over the past five days, Resident Advisers (RA) have been fielding questions from their residents concerning these issues and providing advice and clarification on the new policies. On Friday, RAs were informed that they would not receive pay for the duration of remote learning unless they were approved to stay on campus.

According to an email obtained by the Old Gold & Black, RAs who did not return to campus or only returned to gather their belongings received their last paycheck on March 13. The email also stated that being a RA was not reason enough to be approved by the Office of Residence Life and Housing (RL&H) to stay on campus. The Office of RL&H has not immediately responded to a request for comment.

In exchange for their work, RAs are provided a Single room at a reduced rate and are given a stipend that amounts to $5,100 for new RAs and $5,400 for returning RAs, according to the Resident Adviser Assistantship Description. The stipend, which is allotted on a bi-weekly payment system, is not dependent on a certain number of worked hours but that the RA meets the general requirements including training, on-duty work, being on-call, attending a course for RAs and assisting with other activities such as check-in and check-out.

On the university’s Human Resources coronavirus webpage, it states that “staff who work on-site to provide essential services and those who can work remotely should continue to record their work time as usual. If a staff member is not providing essential services on-site and cannot work remotely, Wake Forest will keep the individual in a paid status based on regular work hours. Time should be recorded as regular work time.” Noting that their job provides essential services to students, senior RA Riley* expressed frustration about their pay being cut off.

“I genuinely don’t think there are grounds for HR to stop giving us pay. It kind of feels like, because we are also students, they are trying to — not really pull a fast one on us — but take advantage that we are student staff and not adult staff,” Riley said. “But everything that we have always been told by [RL&H] and HR is that we are staff of school at all times, we are mandatory reporters, we fill out W-4s, we are staff of the university. So, based on that statement by the school it feels like we should be paid and they never sent us a reason as to why.”

The RA contract, which was obtained by the Old Gold & Black, does not include a subsection on emergency protocol, as many course syllabi do. In the “Expectations” section, it states that pay can be withheld if RAs do not meet the requirements of their position, they participate in “unethical or unprofessional behavior” or their actions break policies outlined in the Resident Adviser Assistantship Description, the Student Code of Conduct, the RL&H Staff Manual and/or the Guide to Community Living.

“We’re all willing and able to work as RAs, it’s not our fault that we’re banned from being there. One thing that I’ve been hearing from [RL&H] is … how can you be expected to be paid for your job if you’re not working,” said sophomore RA Alex*. “The thing is, we’re not hourly workers, I also work an hourly job where I log my hours – if I work two hours this week I get two hours worth of pay – but no, this is a stipend so it’s completely different.”

RAs also receive pay over Winter Break, Spring Break and in the period between move-out and commencement, even if the RA held a position on South Campus and vacated campus before the graduation ceremony, according to the RAs interviewed for this article.

“I think it’s a double standard for sure. If South Campus RAs get paid for not physically being on campus I don’t see why we have to physically be on campus to be getting paid because we’re still working from home or wherever we are because our residents are concerned or they don’t know what to do and we’re their point person for questions,” said senior RA Taylor*. “We’re still receiving questions, doing work, consoling residents, giving them advice and we’re not getting paid for this work and it’s ridiculous. South Campus RAs are being paid while being at home doing nothing while North Campus RAs are still on campus doing second close. It’s really frustrating and I don’t think it says anywhere in our contract that we don’t get paid if the school closes.”

Currently, the university has made no statements concerning whether or not students will be refunded for housing or dining plans.

“They’re cutting our pay on the basis that we’re off campus but we usually get paid anyway. Also something I’m confused about is that we’re not getting refunded for anything for housing, we’re paying to live there and no one is living there,” Alex said. “They’re telling us that we can’t pack up and leave campus because that way effectively you’re not being released from your housing so we can’t refund you. Wake is stealing our money, they’re taking our stipends and at the same time they’re keeping our housing payments for something we’re not even using, we’re not even living there.”

Duke University, which also compensates their RA’s with a stipend, will be paying the student staff in full. In an email obtained by the Old Gold & Black, an Assistant Dean outlined to Duke RAs that they are slated to receive their final paycheck at the end of April. Duke has suspended all in-person classes for the rest of their semester.

When asked how many RAs will be on Wake Forest’s campus during remote learning, junior RA Kendall* estimated that only 5 to 10 are being allowed to stay throughout the entirety of campus. After having their request to stay on campus denied, Taylor told the Old Gold & Black that they reached out to Zach Blackmon, the Associate Director of RL&H Operations.

“I called him and said ‘I’m an RA, is there any way that I could have my situation appealed? I’m really concerned about the rest of my semester and how I’m going to survive financially in terms of housing the rest of the semester’,” Taylor said. “And he said ‘Sorry all the requests have been reviewed all the way up to the Dean’s Office, we can’t look at them again’ and that was it. It was frustrating that he didn’t even ask about my concerns or what I had to say, he just said no.”

Taylor, who is planning on staying with a friend in Winston-Salem, said that they noted financial concerns and access to healthcare in their request to stay on campus.

Riley also disclosed that they were not approved to stay on campus. They highlighted financial and personal needs in their request, and explained that they would be able to provide guidance and support for residents in a time when counseling services and other campus bodies might be overwhelmed.

“None of the RAs are actively trying to be difficult,” said Riley. “We understand that the situation is turbulent and everyone is trying their best. But we feel like we should be given grace in the same way that we’re trying to be understanding towards decisions that are out of our control.”

*The names of the RAs have been changed to protect their identity.