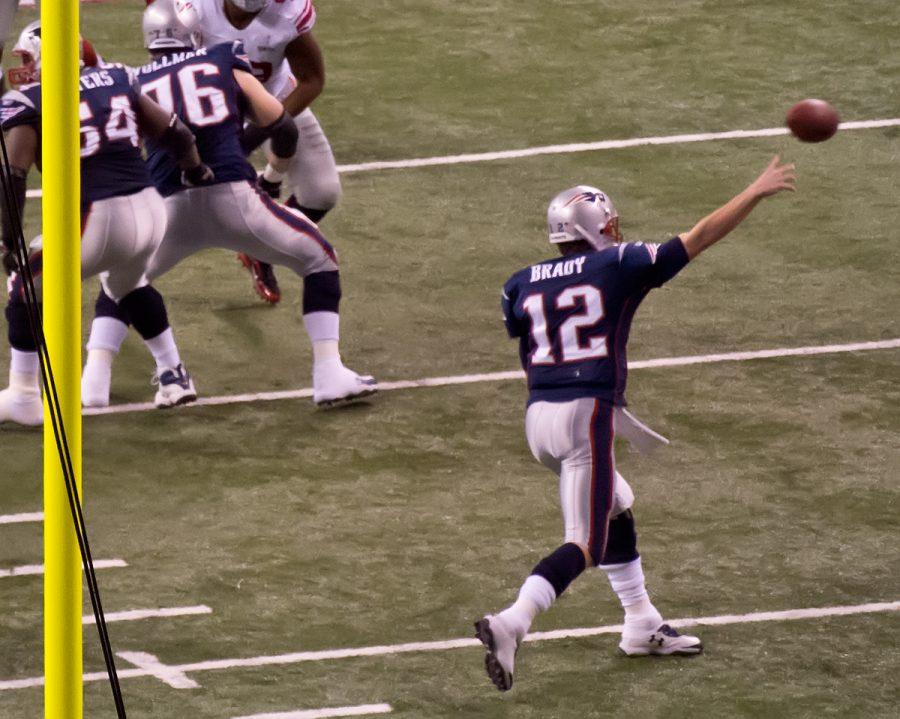 While seemingly nothing is happening like usual in the sports world, the NFL Free Agency news is about the only semblance of normalcy we have left — and, it wasn’t even normal. The new league year started and trades and signings were off the charts, but with one caveat. Given that no teams are allowed to meet in person like normal due to COVID-19, there was no ability for a normal physical exam. As such, teams were not allowed to ‘officially’ announce any trades or signing due to players’ contingency on passing a physical. It led to many creative social media announcements detailing “reports” that a team “may have acquired” or “may have signed” a player. Personally, I was thoroughly impressed with the creativity of teams in this weird time.

So, let’s get down to it. In a very eventful start to the league year, here are the five top interesting things that have happened.

This was a move that was burgeoning from the Hulu ad involving Tom Brady in the Super Bowl. The two big questions revolved around whether Brady would continue playing and if so, would it be in New England? It was a huge day when Brady announced he was leaving New England and then it continued to grow with rumors of playing for either the Chargers or the Buccaneers. Shortly, news broke that it would indeed be the Tampa Bay Buccaneers. It immediately caused a huge surge in ticket sales and more free agents looking into joining the six-time champion.

Brady is a natural fit with the Buccaneers, as the Buccaneers General Manager Jason Licht was a member of the Patriots’ scouting staff when he was drafted in 2000. Florida also has the allure of no income tax for someone receiving a large salary. In Tampa, Brady will replace Jameis Winston as the Buccaneers’ starting quarterback, who is now a free agent for the first time. Buccaneers Head Coach Bruce Arians has a history of successful collaborations with star quarterbacks like Peyton Manning and Ben Roethlisberger.

The TG3 news was one of the oddest sagas of the day. The Los Angeles Rams announced that they released Todd Gurley — making him a free agent. Rumors quickly began to swirl and one day later a decision was made. Having played his college ball in Athens at the University of Georgia, Gurley made the decision to return to Georgia to play for the Atlanta Falcons. It is a one-year deal that amounts to $6 million.

Gurley was the 2017 Offensive Player of the Year which earned him a large extension from the Rams. Since then, the 25-year-old has struggled with various knee issues, eventually leading to his release. There were rumors of a trade between the Rams and Falcons prior to his release, but the Rams got out of giving up draft picks or salary through releasing him. Gurley joins an offensive power with Matt Ryan, Julio Jones and Calvin Ridley in Atlanta.

The first big move of free agency was between the Houston Texans and Arizona Cardinals in a blockbuster swap of WR/RB. The trade involved Houston sending a fourth-round pick to Arizona in addition to star WR DeAndre Hopkins in exchange for running back David Johnson, a second-round pick and a 2021 fourth-rounder.

Arizona continued to build their star-studded receiving core through this trade, a group that already included Larry Fitzgerald, who just re-signed a new contract, and rising star Christian Kirk. The trade weakens the Texans receiving core immensely, giving QB Deshaun Watson, Kenny Stills and Will Fuller as top options. Houston later agreed to terms with Randall Cobb, a replacement for Hopkins who is a lot less talented. With both of their RBs looking into free agency, the Texans look to mold 28-year-old David Johnson back into the workhouse that he once was. He is a monster on the turf when fully healthy and it will be fascinating to see how he fits into Bill O’Briens scheme.

A big story of free agency is always the carousel of quarterbacks around the league. This year, we saw two veteran quarterbacks shipping out to the Midwest in Phillip Rivers and Nick Foles. Rivers is headed to the Indianapolis Colts to replace the now-retired Andrew Luck. Nick Foles is headed to Chicago to presumably take over for Mitch Trubinsky.

Rivers, a 38-year-old quarterback, signed a $25 million deal that lasts one year. He has plentiful connections to the Indianapolis staff. He will be reunited with Colts offensive coordinator Nick Sirianni, who spent five seasons as an offensive assistant Chargers, and Head Coach Frank Reich, who spent three total years with Rivers in San Diego. Foles, previously with the Jacksonville Jaguars, was sent to the Chicago Bears in exchange for their compensatory fourth-round pick. He restructured his deal with the Bears and has three years and $21 million guaranteed left on the deal, with the ability to void the deal after either of the first two years, depending on the upside of his performance. Matt Nagy, the Bears head coach, coached Foles in both Philadelphia and Kansas City and various assistant coaches also overlapped with Foles during various stints with the Eagles as well.

In a move unrelated to free agency, the NFL world was rocked with the announcement that New Orleans Saints Head Coach Sean Payton was diagnosed with COVID-19. He was the first person to announce a case in the NFL, following a huge stir in both the NBA and NHL. The veteran coach decided to announce his diagnosis in order to inform the public about the importance of social distancing and preventive measures.

Payton began to feel ill on Sunday and took the test for COVID-19 on Monday before receiving his positive diagnosis on Thursday. So far, he has not experienced the extreme effects that some have seen, and is socially isolating in recovery.