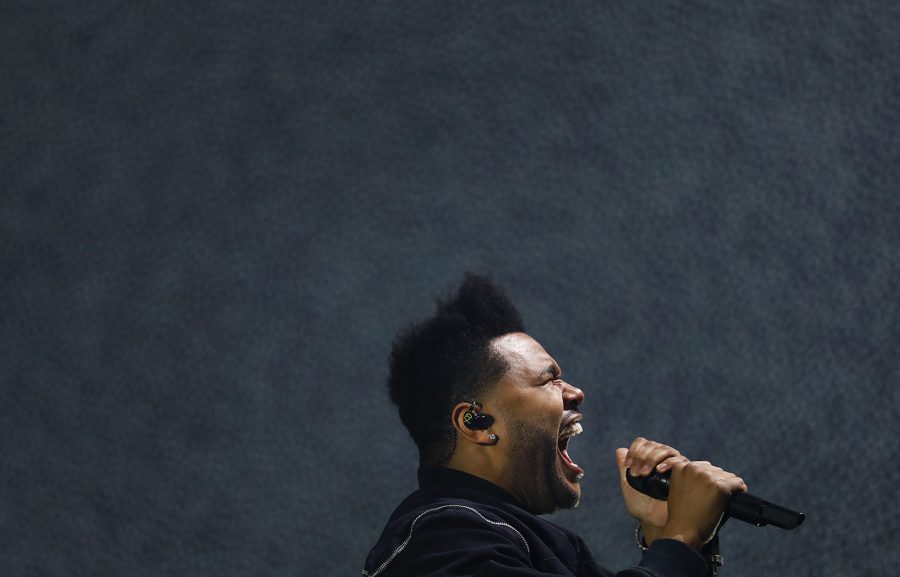 The Weeknd performs during the final weekend at the Coachella Music and Arts Festival in Indio, Calif., on Friday, April 20, 2018. (Christina House/Los Angeles Times/TNS)

The release of worldwide superstar Abel Tesfaye’s forth studio album couldn’t come at a more odd time than in the midst of worldwide lockdowns due to the coronavirus pandemic. Music streams all across the board have seen a decline due to the outbreak, with listeners often opting to entertain themselves with movies, television or social media challenges instead. Nevertheless, the show went on with After Hours, a 14-track album with which The Weeknd takes on a character of his own struggling with the temptations and brutality of the demons that surround him. The title of the album seems to be a call back to Martin Scorsese’s 1985 underrated black comedy of the same name, which features a character who finds himself in an unlucky set of events throughout the night in New York’s SoHo District.

On Apple Music, Tesfaye is quoted saying “You can find love, fear, friends, enemies, violence, sex, demons, angels, loneliness and togetherness all in the After Hours of the night.” The Weeknd showcases these themes well throughout the album, staying true to the references of drugs and sex he’s made throughout his career, as well as keeping the vibe of his songs, videos and performances dark, gritty and violent. The production of After Hours is its high point, featuring assistance from Tesfaye’s regulars such as Max Martin, long time missing pieces like Trilogy executive producer Illangelo and Oneohtrix Point Never (OPN), a very intriguing addition. OPN, the stage name of Daniel Lopatin, is an artist of his own with eight studio albums and has gained massive appeal for his film soundtrack scores for directors Josh and Benny Safdie’s most recent movies Good Time (2017) and Uncut Gems (2019), the latter of which features The Weeknd’s acting debut.

The Weeknd makes it very obvious he is inspired by 80’s synthpop, leading his collaborations with Lopatin to be a perfect match. Lopatin is known for his electronic pieces led by heavy synthesizers, which make bright appearances on “Scared To Live,” “Repeat After Me (Interlude)” and the album’s closing track “Until I Bleed Out.” “Scared To Live,” first debuted by Tesfaye and Lopatin on the March 7 episode of Saturday Night Live, is a centerpiece ballad on the project which talks about mistakes made in holding too close to a significant other. The Weeknd says, “I know things will never be the same, time we lost will never be replaced. I’m the reason you forgot to love.” This song is unfortunately one of the only parts of the entire album where Tesfaye brings the vocals everyone knows he can offer. He limits his vocals quite a bit throughout the project, very rarely if ever challenging his range and simply opting for easy melodies, one of its few faults.

After Hours is pretty consistent in quality, with limited lows. Any song can be a listener’s favorite. “Blinding Lights” and “Heartless,” two singles that immediately became hits, are likely to be playing on the radio for months to come, with the first post-release single “In Your Eyes” soon to follow. Where Tesfaye shines on the album, however, is when he strays away from the standard pop song structure and becomes more unpredictable. “Faith” for instance, teases its listener for a drop that ends up being worth it, builds on that drop, and then abandons its former structure for a second part that sounds nothing alike — all while The Weeknd gives catchy melodies and lyrics. He also digs to his dark and edgy side, saying “but if I OD, I want you to OD right beside me, I want you to follow right behind me. I want you to hold me while I’m smiling, while I’m dying.” The title track also provides a similar shining moment.

With After Hours, The Weeknd continues to make yet another statement as one of the biggest artists in the world, capable of constructing both major hits and worthwhile deep cuts. The album is consistent and a very easy listen, warranting it to be a worthwhile experience for most listeners. It might even serve especially well in providing much needed energy during the continued days of quarantine.