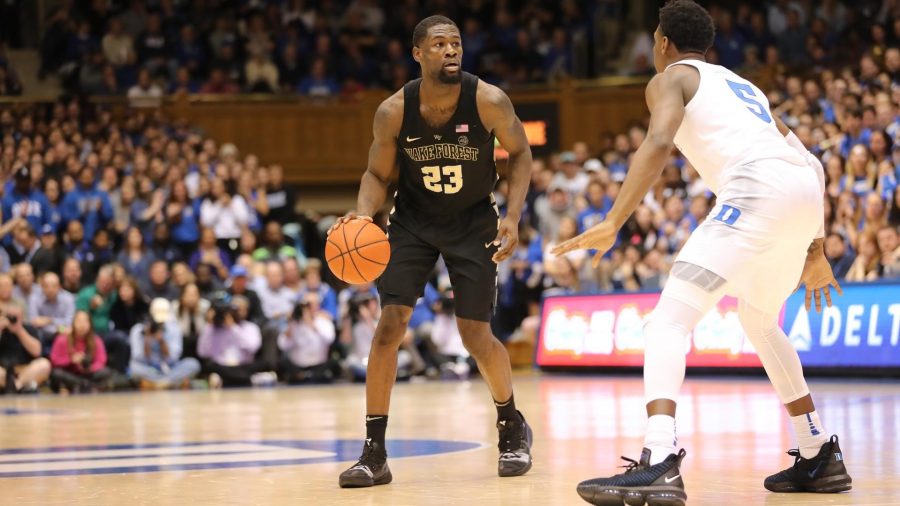 When the sports world came to a screeching halt two weeks into March, college basketball was entering its peak of excitement. Selection Sunday was a few days away, and major conference tournaments were beginning.

The unexpected and premature end to the 2019-20 college basketball season due to the coronavirus outbreak shattered the hopes of postseason glory for many teams. Not for Wake Forest, however, as the Deacs found their way onto a very short list of power conference teams who had already been eliminated from postseason play before the cancellations, falling to Pittsburgh 81-72 on March 10 in the ACC tournament.

It’s been a strange and unprecedented time in college basketball, and the impacts stretch beyond missing out on crowning a champion. The COVID-19 outbreak came at a time when underwhelmed athletic directors usually begin the process of searching for a coaching change. March Madness is a great opportunity for smaller schools to pull off upsets in front of a national audience, which can lead to recognition, and potentially job offers, for their coaches. Also, traveling and in-person interviews are not on the table at the moment, making a coaching search a much more difficult process. At the moment, not a single head men’s basketball coaching job has opened at any of the seven major conferences.

What does that mean for Wake Forest? It appears very likely now that Head Coach Danny Manning returns for a seventh season, even though the Deacs have been under .500 in five of his six years at the helm. Rumors of a buyout being discussed between Wake Forest and Manning circulated in early March, but the topic has been very quiet since then.

If Manning were to return, the pressure will be as high as ever to succeed, even with some key departures.

The Deacs are losing five players from the 2019-20 roster. Four year standout senior Brandon Childress, as well as graduate transfers Torry Johnson and Andrien White, have used up all of their collegiate eligibility.

Sophomores Mikey Wynn and Sharone Wright Jr. both announced via their social media pages that they will be entering the transfer portal. The reserve guards averaged a combined 3.5 points per game this past season, and will look elsewhere for a team situation that appeals more to them. Both players had reduced roles this season, with Wright’s negative progression coming as more of a surprise. He averaged 7.1 points per game and started 21 times during his freshman campaign, appearing to be an important piece of the young core.

Wake Forest made a significant move this past week, securing Houston-Baptist graduate transfer Ian Dubose, who announced on March 30 that he will be coming to Winston-Salem. The Raleigh native averaged 19 points a game this past season, and led his underwhelming Huskies squad to an overtime win over Wake Forest at the Joel in November of 2018.

Wake Forest looked to add more than just Dubose on the transfer market, appearing on a few solid players short list of schools. The closest miss came with Dartmouth’s Brendan Barry, a tremendous shooter, who seriously considered coming to Wake Forest before electing not to transfer at all.

Four incoming three-star freshmen will look to carve out a role next season, but none are very highly touted. The starting five will very likely be Dubose, freshman Jacobi Neath, sophomore Isaiah Mucius and juniors Chaundee Brown and Olivier Sarr, barring anything unforeseen. Freshmen Ody Oguama and Ismael Massoud will be important off the bench.