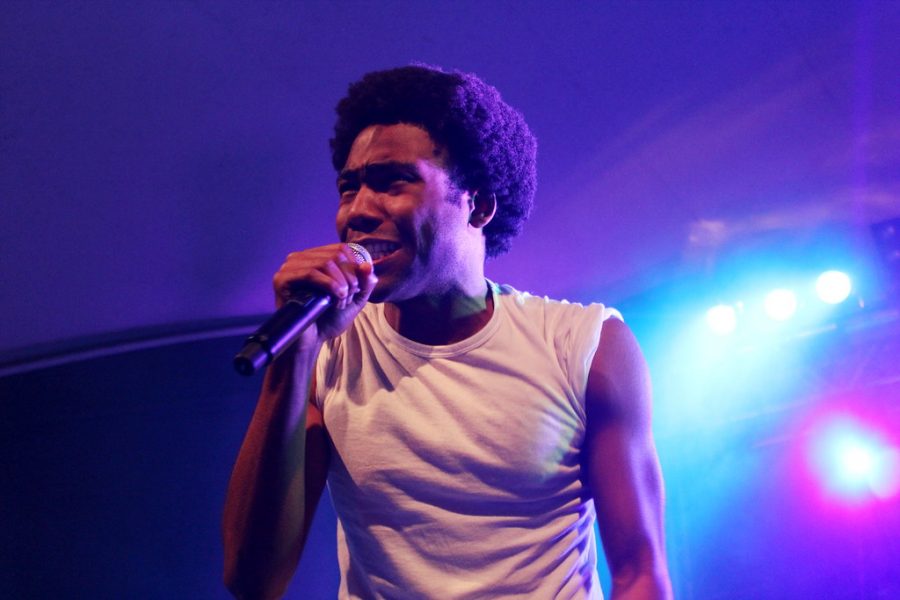 When approaching a piece of art, there are two general camps of people.

Some will stare at the piece and interrogate it as it exists. They choose to forgo any context and wrestle with the art on its merits alone or with the perspective that they themselves bring to it.

Others (me) make a beeline for the small plaque next to the work. Sometimes it provides only an artist’s name and a year, oftentimes there is at least a title. The best plaques are the ones which grant the context and discussion around the art. Was the artist at a particular stage in their career? Had they just experienced a life-altering event? Or is this work part of some larger thematic project they have created?

Donald Glover has stated many times that he is not going to provide context for his art. “It’s not my place to give any context,” he stated in interviews after his 2018 “This is America” music video rocketed into the cultural spotlight with its complex lyrical and visual symbolism.

“Whatever I make,” he said, “it’s for the people to interpret.”

In his latest album as Childish Gambino, this aversion to context is at an all-time high.

The album title is 3.15.20, named after the date that he surprised the world by streaming the album, unannounced, on his website for 12 hours before taking it away (an incredibly Donald Glover move). Though the stream featured concept art for an album cover which included a chaotic scene of buildings burning, people jumping to their deaths and selfies amidst mayhem, when the album resurfaced a week later on streaming platforms, the album cover was nothing but a white square.

Glover has gone so far to reduce context that only two of the songs have a proper title. “Algorhythm” and “Time” kick off the album after the intro. After that, tracks are labeled only by their timestamp in regard to the full album.

All of these choices signal that this album is designed to be consumed and judged based purely on the music itself. There is no album title, no art and two track names.

That being said, this album could well be the final LP we receive from Glover, or at least his final as Childish Gambino (Glover has said several times since his last album that he anticipated for his next one to be his last), so if feels impossible as a fan to listen to this album and not consider it in the context of his decade-long trajectory as an artist.

Is that going against Glover’s wishes for his art? I’m not sure. He is the artist who once hid a secret song file within the code of his website and wrote an entire screenplay to accompany his second album, so I’m going to assume he wants his fans to dig deep.

After the thematic intro track “0.00,” the album properly begins with “Algorhythm,” a dystopian, computer-inspired dance number.

Technology has long been on Glover’s mind and present in his music. His sophomore album was titled Because The Internet and its themes centered on the meaninglessness of life lived through social media. In “Algorhythm,” Glover raps about mindless masses living their lives without challenging that which is fed to them by the internet.

Yes, the title is a pun, but it can be forgiven here because it perfectly encapsulates the theme of the song — a musical representation of social media algorithms’ curatorial influence on human culture. A demonic voice demands the listener to “Step, step, slide, slide/Move your body from side to side/Clap your hands don’t spite the vibe/Keep on movin’ you might survive” as if internet culture today is some malicious line dance intent on keeping its audience captivated.

The harsh electronic sounds quickly give way to a lighter sound made up of booming bass and light guitar on the track “Time” (This constant shift between heavily distorted and dark sounds and more carefree, happy sounds will keep happening throughout the album). “Time” is both hopeful and haunting, another combination that is present throughout Glover’s work. On the track, Glover and Ariana Grande worry about the inevitable passing of time, but find comfort in the way a loved one seems to slow their time down.

Glover has mentioned time before, most notably in the song “V. 3005.” In that song, he claimed that he would stand by his partner until the year 3005. Later in the album, however, Glover backtracks on the song “II. Earth: The Oldest Computer,” saying “3005, the year that we fear only God will survive.” Glover wants to hope, but he seems convinced humanity is doomed to failure. Similarly, “Time” features a cliché innocence as Glover describes looking to the night sky for meaning, but the song ultimately ends with the conclusion that we’re all running out of time.

Similar existential dread can be heard in “42.26,” previously released in 2018 as “Feels Like Summer.” The sonic textures here are lush and the melody carries a perfectly relaxing vibe, but there is also something lurking in the song. Unlike the original release, there is now a 15 second intro before the music starts where we hear strange groaning and croaking noises. A close listen reveals that these noises are present throughout the background of the song, a constant ominous and vaguely threatening presence.

This looming uncertainty within the music compliments parallels the fact that the summer-themed lyrics contain commentary on overpopulation, global warming and the well-documented spikes in violence which occur during hot summer months. Glover sings “Every day gets hotter than the one before/Running out of water, it’s about to go down” before also touching on the disappearance of bees and other species from our environment. Put into context, Glover’s silky vocals when he sings “I really thought that we could change/But it just seems the same” feel both heartbroken and damning.

Though fear of the future is ever-present throughout the album, it is not Glover’s only thematic focus.

“19.10” is a lyrical and musical standout on the album. It contains much more influence from Glover’s, third album Awaken, My Love! which contains instrumentals heavily inspired by

70’s funk and soul. “19.10” feels like a Prince-inspired neo-funk groove. The tonal shift and homage to black culture play perfectly with the lyrics of the song, which describe a young Gambino receiving advice from his father, who expresses a deep love for his son while also warning him of the difficulties he will face as an African American.

In the chorus, Gambino simultaneously struggles with the nature of blackness and fame, singing “To be beautiful is to be hunted/I can’t change the truth, I can’t get you used to this.” Later, in potentially the best single line of the album, Gambino states “To be happy, really means that someone else ain’t,” again potentially referring to the personal wealth he has accumulated or to the different standards white and black Americans experience.

This song also becomes the first to touch on several themes which exist throughout the album: fatherhood, suffering, violence and self-love. This reference to Glover’s father comes after Glover announced at a concert in 2018 that his father had passed away. That same year, his second son was born, so it makes sense that this album is littered with aspects of fatherhood.

In “39.28,” another lyrical powerhouse track, Glover wrestles with grief which may be related to the loss of his father. In verses two and three he sings “Grief is a standing ocean, I never swam unless you did/So I don’t know why I’m here without you.” and “’Cause its hard for me to love myself without you here/’Cause the days are slows and the years are fast/I wonder when I’ll feel your smile.”

Two tracks later, on “47.48,” Glover embodies the role that his father played for him on “19.10,” but now he sings to his own children. Again, the message is a mixture of love and warning. The verses drip with vague descriptions of violence, especially done to or around children, but in the choruses Glover assures his children “Don’t worry ‘bout tomorrow/ The violence, the violence” and in the bridge he sings “Little boy are you scared of the world?/Is it hard to live?/Just take care of your soul/Let the beauty unfold.”

Musically, this song feels like a bow on Glover’s career. The first half features an incredibly funkadelic groove similar to Awaken, My Love!, but by the end of the song, a choir of vocalists adds their voices to the soundscape. We haven’t heard choir vocals like these since Glover’s first LP, 2011’s Camp. On top of the choir, Glover shares a beautiful conversation about love with his oldest son, Legend Glover. Over the span of the decade bridging these two sounds, Glover has evolved from the angry, self-conscious shock rapper of Camp to a calm, loving father figure to his wife and children. It’s a beautiful ending … except, it isn’t.

Glover has one final song for us, “53.49” which certainly sounds like the end of an era if I’ve ever heard one. He comes out hot, rapping in an aggressive tone, but the subject matter of his verses are his spirituality, his homage to African musician Fela Kuti, and an acceptance of himself when he says “Never said it though I prolly should/I said I love me, I said I love me!”

But it is in the chorus where the ultimate message of this track and the album comes together. Glover sings “There is love in every moment under the sun/I did what I wanted to.” This line harkens back to “19.10” when Glover’s father told him “Now remember/You do what the hell you want.” Glover has done exactly that, he has done just about everything, and now he affirms his self-worth by acknowledging it.

Not only that, Glover is committed to taking his role as mentor now, shifting the chorus when it repeats from “I did what I wanted to” into “Now do what you wanna do.” Likely speaking to his son, perhaps also speaking directly to his listeners, those are the last words sung at the ultimate climax of the album before it quietly closes out.

As a dedicated fan for the better portion of a decade, I would love for Glover to continue putting out new music. I don’t doubt that he still has plenty to say, regardless of the medium. But if this is the end of Childish Gambino, I couldn’t imagine a better storyline. It’s good to know that the boy who never got off the bus was able to find peace amid all his fears.