Punk In The Time Of A Pandemic 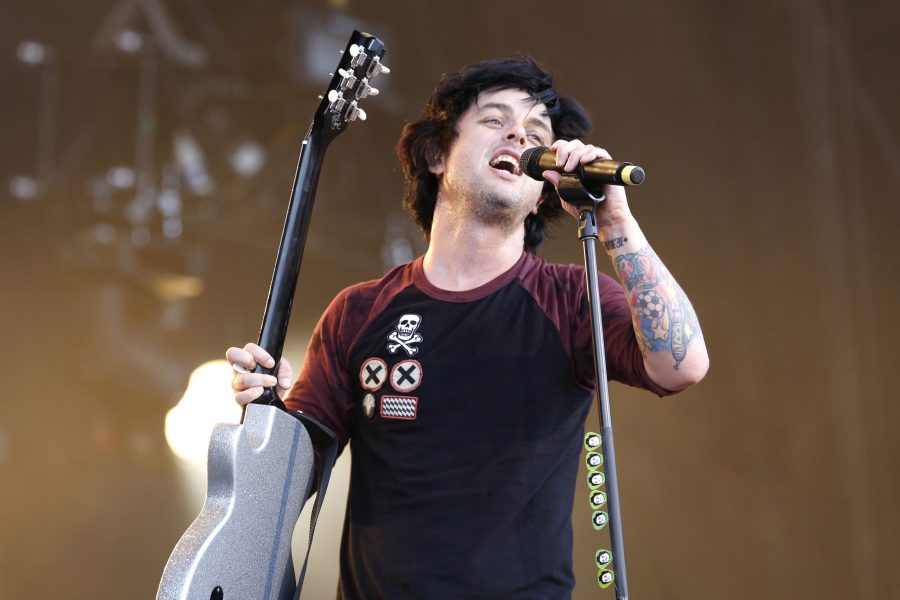 Swept away in a flood of COVID-19-granted free time, I thought it as good a time as any to parse through the childhood possessions littering my bedroom. The stories of my interests throughout the years lay scattered in different vessels around the room. There were the binders of Pokémon cards that brought me back to afternoons of duels with my brother. We would lay on our stomachs with the cards between us, locked in battle for hours as we invested our battles with the full intensity of our sibling rivalry. I found my old Game Boy Advance and remembered the hours that I logged after dark, snuggled under the covers as the glow of the screen propelled me into the night. I rifled through a tub filled with old toys, running my fingers over the worn surfaces of well-used basketballs, Frisbees and Nerf guns, feeling the tingle of energy that the items used to ignite in my body at the prospect of play. Peering back into the recesses of the nightstand beside my bed, I noticed a pile of CDs mounting up in the back corner behind a copy of Oh, The Places You’ll Go and a neglected Cards Against Humanity set.

As my eyes traced the top of the stack, I registered a red and black heart-shaped hand grenade clasped in a white hand that matched the bold “Green Day” written beside it, under which read the words American Idiot. Pulling the case out, my lips tightened into a pleasant grimace of nostalgia; I had adored that album. When I opened it, I was greeted with eager advertisements for flip phone ringtones and ready-to-burn CDs featuring artwork from classic Green Day albums. Satisfied with the direction that I was headed in the next hour, I immediately went to pop the CD into an aging stereo system.

Back in the mid-2000s, Green Day practically launched my appetite for music outside the frequencies of my parents’ preferences. When the Christian music and 80s rock stations were both on commercial, the radio in my family’s silver Toyota minivan would hesitantly waver over to the pop channels. Back then, if you listened to a pop station for longer than 10 minutes, you were bound to hear either “Hollaback Girl” or “Boulevard of Broken Dreams.” I don’t know what devastating angst I could have been feeling at the tender age of 6, but something about “Boulevard of Broken Dreams” mesmerized me. My spirits soared when the song came on and I would consistently pipe up from the back seat requesting for the volume to be turned on whenever I heard the beginning of the song.

After I’d had enough of the song ringing through my head with no release, I would rush to the computer and listen to its iTunes sample on loop. Soon enough, I started playing clips from the other Green Day songs I encountered, gluing my eyes to the computer screen for as long as my parents would allow.

Logically, the next step was to go to my parents so that I could finally purchase some Green Day songs and listen to more than 30 seconds of each track. I was stonewalled by explicit lyrics in this endeavor. So, I turned to YouTube. I didn’t have access to all of the band’s discography, but I could at least gorge myself on their most popular songs. By the time I started begging for my own copy of American Idiot, my parents realized that our browser’s search history was riddled with too many permutations on a “Green Day” theme for my appetite to easily be slaked. Sure enough, the next Christmas brought a distinctly CD-shaped present under the boughs of the tree.

Remembering all of this, I was not surprised to find the opening chords of American Idiot plucking away at my heartstrings. More than that, I found my experience with American Idiot to be refreshingly cathartic. On one hand, I was brought back into a remembered intimacy with the ecstasy that my younger self felt listening to Green Day. Recalling my innocence and excitement was thrilling. On the other hand, in an immediate way, the music offered a container to ship away the angst mounting in me as COVID-19 continued to spread across the country.

As I listened, I began to realize how closely the rhetoric of punk and pandemic resemble each other in their pitch of existential hysteria. While the lyrics of American Idiot may have explicitly been dealing with distaste for the Bush Administration and alienation from mainstream suburban America, they still powerfully address issues of isolation, paranoia, media and political ineptitude. Sounding familiar?

Continuing in my listen, more lyrics floated over the thrashing drums and throbbing bass to break my thoughtful reverie: “Don’t want a nation under the new mania / hey can you hear the sound of hysteria?” For a day that I’d seen the meat and bread aisles picked completely clean over fear of the pandemic, these lines struck me as being particularly pertinent to the present moment. Other lines resonated as well: “One nation controlled by the media / information age of hysteria” fit well with the conspiracy theories I had seen spreading on social media blaming the Chinese government for deliberately releasing the virus. Then, there was “get me out of here / this lifelong dream ain’t for me,” a line that took on heightened significance as my days were already beginning to blend into a surreal stream of monotony as life fell apart. After the album finished, there was one line that I couldn’t quite shake from my mind: “where will all the martyrs go when the virus kills itself? And where will we all go when it’s too late?”