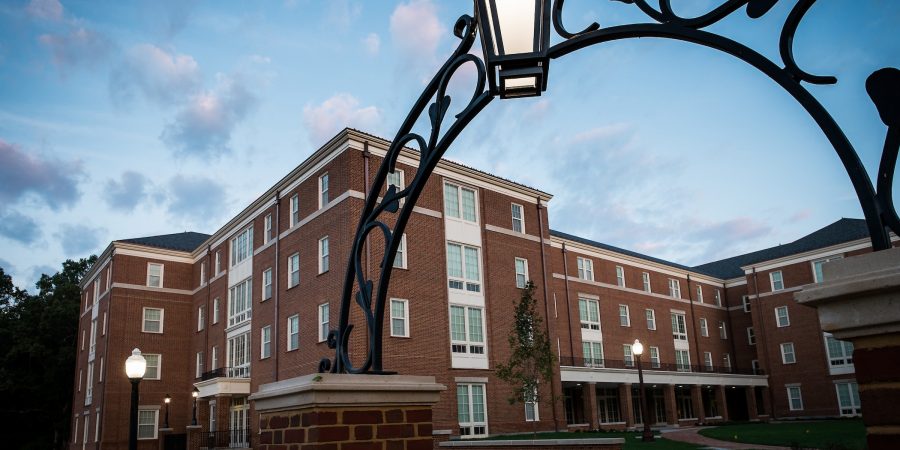 Due to concerns about the spread of COVID-19 within North Carolina, the Office of Residence Life and Housing (RL&H) received a recommendation from public health officials on March 20 to limit the occupancy of each residence hall room to one student.

To follow this recommendation, RL&H reassigned individuals to new rooms and worked with movers to relocate them on March 21 according to RL&H Associate Director of Operations Zachary Blackmon.

Many students were surprised to receive an email from RL&H on Monday, March 23 that someone had moved into their room. They were more surprised to learn that they had been notified several days after someone moved in.

“I was notified on the 23rd, two days after someone had already moved into my room,” said sophomore Nick Gubler. “I only received confirmation that there was someone living in my room after I emailed [RL&H] about my suspicion. I am not sure if I would have been notified otherwise.”

RL&H first notified students who had a new student move into their bedroom and then broadened their communication to students that share a common space with the recently moved student.

“We had someone move into my suite but not into my actual room, just one of the doubles in my suite,” said junior Megan Harty.

However, most students who had someone move into their room did not have the chance to completely move out or, if they had, never indicated to RL&H that they had moved out.

“One of the girls moved all of her stuff just in case since she has a long drive home, but didn’t ever contact [RL&H] or turn in her key and the other girl hadn’t moved out anything,” said Harty.

“We did not register with [RL&H] as moved out,” said junior Caroline Osborn. “We were only made aware of the situation after she had already moved in.”

However, Blackmon told the Old Gold & Black that “these students were moved into spaces where a previous resident had vacated the room.”

Upon assigning students living on campus to new rooms, RL&H communicated a list of suggestions and guidelines to both the student moving in and the student who previously lived in the room. The students were encouraged to communicate with each other by asking questions and/or sharing concerns, to show respect for each other’s property and to communicate before relocating items in shared spaces.

Considering the majority of students did not have the opportunity to fully move out of their rooms, much of their items remain in their living space. However, the students moving in are guaranteed access to one full set of furniture, which includes a bed, desk, dresser and closet/wardrobe. In these guidelines, RL&H asked student moving in to contact the community director before removing any of the previous student’s items from these areas. However, students moving in were still responsible for packing the previous student’s items in a box. Students who are not currently living on campus were again asked not to return at this time, even if a student moved into their room.

“In making these decisions based on public health guidance, we understood that having someone they may or may not know move into their room while away is not what these students anticipated,” Blackmon said. “We regret any inconvenience this may have caused, but these efforts were necessary to protect the health of all who remain on campus.”

Blackmon said that this movement greatly limits the possibility of person to person transmission of the coronavirus and is vital, considering the difficulties of social distancing within the parameters of the on-campus living environment. It also allows students to isolate themselves in their room should they experience any COVID-19 symptoms.

Upon receiving notifications that someone had moved into their room, students wondered whether this was an action RL&H was permitted to take. However, according to Blackmon, it is stated in the housing agreement that “the University reserves all rights in connection with the assignment and reassignment of rooms.”

Students also received an email from RL&H on April 2 that Facilities and Campus Services will begin entering residential community rooms on Monday, April 6 that do not have a student currently approved to live there. They will address any issues related to hygiene and cleanliness by removing any perishable items, medication and moving any furniture that blocks airflow or could cause mold or mildew.