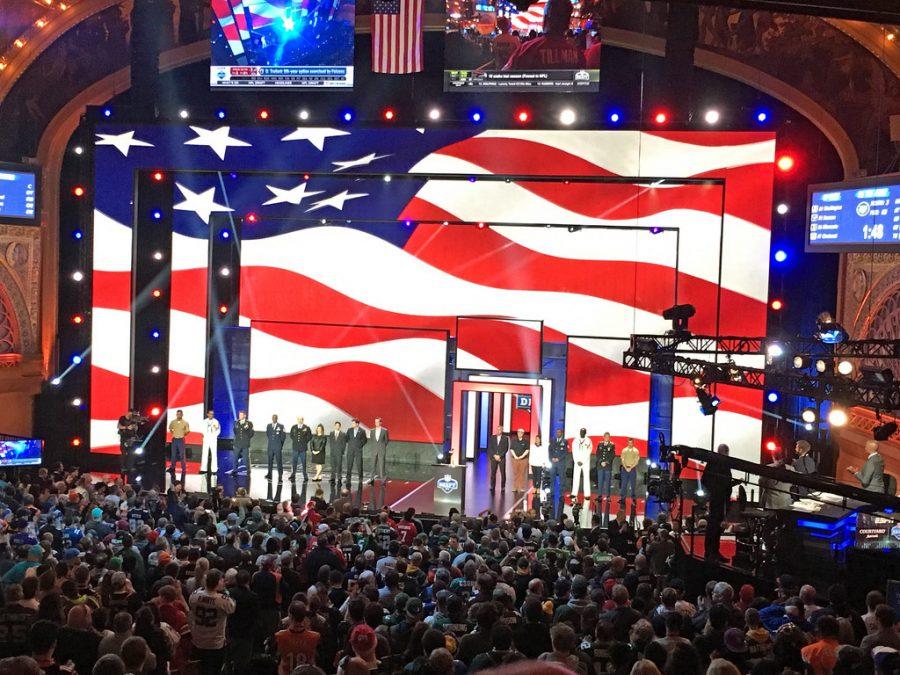 Life as we know it has changed drastically in the last month. America’s largest cities have been reduced to ghost towns as citizens continue to struggle through statewide stay-at-home measures. Any and all socializing is done virtually, as we do our best to hunker down and minimize the carnage of the global COVID-19 pandemic.

For sports fans, the recent outbreak has resulted in the cancellation of some of the world’s most anticipated events; the 2020 Summer Olympics, March Madness, the Masters and the British Open are just a few of the virus’s most recent victims. Sports networks have taken to cycling through old games in hopes of breathing life back into the sporting world, and yet something crucial is missing. We crave the action and suspense of live sports, the frantic and yet blissful sensation of having no idea what might occur next.

As luck would have it, one last beacon of hope still remains. Sporting salvation will arrive, albeit in an unusual form, in the 2020 NFL Draft set to occur at the end of this month. The event will be held in an entirely virtual capacity, meaning that clubs will make their selections from remote locations. Most fans don’t mind, at this point we’ll savor whatever meager morsels the sporting gods can spare. Draft day is sure to provide plenty of drama, but here are a few of the names to watch as the clock begins to tick for all 32 NFL squads:

Joe Burrow’s senior season at LSU was one of the finest the NCAA has ever seen. His 2019-2020 campaign was nearly flawless, as he threw for 5671 yards and an eye-popping 60 touchdowns compared to only six interceptions. Thanks to Burrow’s outstanding play, the Tigers passed every test their rigorous schedule had to offer with flying colors, finishing their unblemished season with a 42-25 win over Clemson in the CFP National Championship. Burrow’s performance left NFL scouts with their eyes wide and their jaws on the floor; he’s a near lock to go to the Bengals with this year’s No. 1 pick.

Chase Young spent his time in a Buckeye uniform making life hell for opposing quarterbacks. There were few offensive lines in the nation that could contain him, and Young finished his most recent season with an incredible 16.5 sacks to go along with six forced fumbles. He helped lead Ohio State to an undefeated regular season and CFP appearance, as he finished with 1.5 or more sacks in six of the Buckeyes’ 14 games. His unmatched speed coming off the edge as a pass rusher gives him a significant advantage over other prospects at his position, and he’s certain to make his presence felt as soon as he takes the field on Sundays. CBS Sports and USA Today mock drafts have him as a top five pick, landing with either the Washington Redskins at No. 2 or the Detroit Lions at No. 3.

While Justin Herbert’s performance at the quarterback position this past season wasn’t quite as electrifying as Joe Burrow’s, he’s still regarded as one of the most promising quarterbacks in this year’s draft class. Herbert’s imposing build (6’6, 237 lbs.) gives him all the physical tools necessary to succeed at the next level; only time will tell if he’ll be able to piece it all together. With Herbert under center, the Ducks finished the 2019-2020 season with only a few hiccups, winning 12 total games en route to a thrilling Rose Bowl victory over Wisconsin. Herbert’s 3,471 passing yards and 32 touchdowns put him just a step behind college football’s most elite quarterbacks, but ESPN and USA Today mock drafts still predict he’ll land with the Miami Dolphins at the No. 5 Spot.