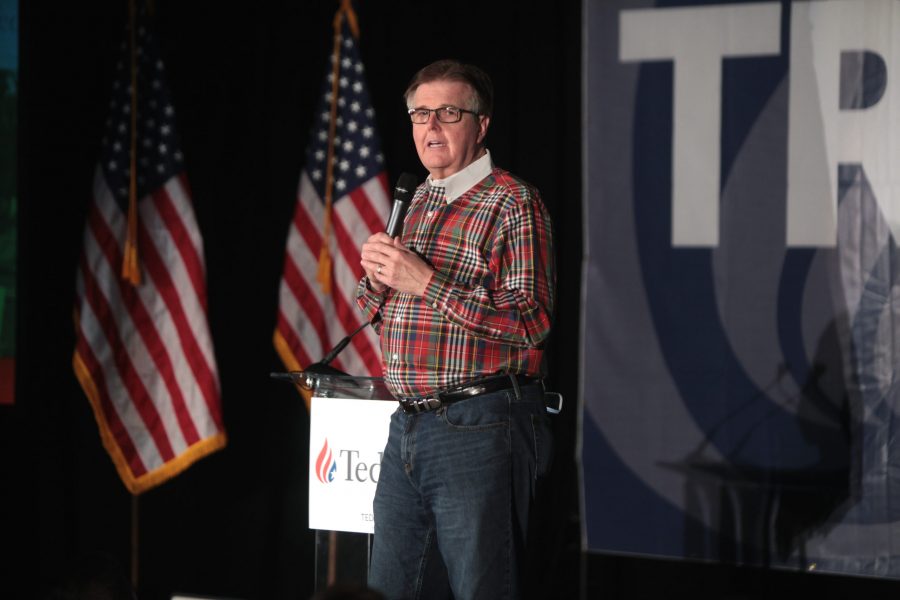 Big business and its historical and current permeation into American politics is sharply shifting our society to a plutocracy that seems nearly impossible to reverse. The Federal government’s response to this pandemic is revealing the dangers in this.

Two recent examples of this are the comments made by Texas Lieutenant Governor Dan Patrick about reopening the economy, and the pushback from Senators Lindsay Graham, Ben Sasse, Rick Scott and Tim Scott against the expansion of unemployment benefits.

Patrick insisted that the country be pre-maturely reopened (and thus, reopening the floodgates of viral exposure and spread) for the sake of the economy, even though it would cost many American lives. He said that “those of us who are 70-plus will take care of themselves,” and that older people shouldn’t “sacrifice the country.”

This advice is grossly uncompassionate and shows a different level of selfishness. Economic experts and scientific experts (real experts, not the incredibly-unqualified-to-run-anything President Donald Trump squad) argue that reopening the country before flattening the curve would be dangerously counterproductive. Not only would you have a plethora of preventable deaths, but the re-spread would only force the country to shut down the economy all over again. What good would that bring?

Although Patrick frames his suggestion as if he wants to help workers regain income, I firmly believe he is more interested in restarting the private sectors whose owners lobby heavily for millions of dollars’ worth of state contracts, and heavily line Patrick’s campaign’s pockets for doing so. The lieutenant governor of Texas openly admitted to being okay with unnecessarily losing lives, if it means getting back to big business, and that is utterly terrifying.

I would say that it doesn’t get more flabbergasting than that, but then I must consider the grievances by the “We Hate Poor People” coalition sponsored by the aforementioned four senators.

The four legislators griping about increasing the weekly unemployment amount by $600 because it would “discourage people from going back to work and instead stay on benefits” is the same anti-welfare rhetoric that’s upheld the financial instability of many Americans before COVID-19.

For one thing, most states prior to the stimulus package only offered a fraction of what the beneficiary typically makes, and the maximum benefits vary between states. For example, North Carolina has the stingiest benefits in the country that would’ve only offered me about half of what I made before being laid off without this bump in pay. So, this expansion is essentially making the benefits more equivalent to people’s pre-pandemic wages so they can pay their bills.

Secondly, insinuating that an extra $600 a week will make people sit on their asses for the rest of time is illogical because the expansion of these benefits only lasts for four months. Given the fact that the country is on the verge of a depression, work is scarce now and it’s plausible that it will continue to be scarce beyond this four month period.

Lastly, even if some individuals end up making more money during their time on unemployment than before they did at work, get over it. The majority of Americans were living paycheck to paycheck before this outbreak, and had little, if any, savings as an emergency fund. This boost could give them the opportunity to put some money away for the next time the country will need to shut down, which is inevitable given a projected second wave could come before an effective treatment or vaccine is created. If someone squanders that money, that’s on them, but the reality is that most people will do the sensible thing with the money and pay what bills they can and eat what food they can afford.

Rather than balk at the idea of people actually having enough money in their pockets to care for themselves during a national emergency, these legislators should be advocating for how to increase overall wages, and create standards of hazard pay for workers that are deemed “essential” — grocery store workers, manufacturer workers, etc.— but are paid modern-day peasant wages. Yet, these senators are fighting the decades’ long battle of keeping poor people poor.

I keep asking myself how any working class individuals could support these same legislators who have zero of their best interests at heart. Then I remember Fox News and other prominent right wing media outlets.

I’m at my word count again, so I’ll dig into poor, destructive journalism next time for #CoronaChronicles.