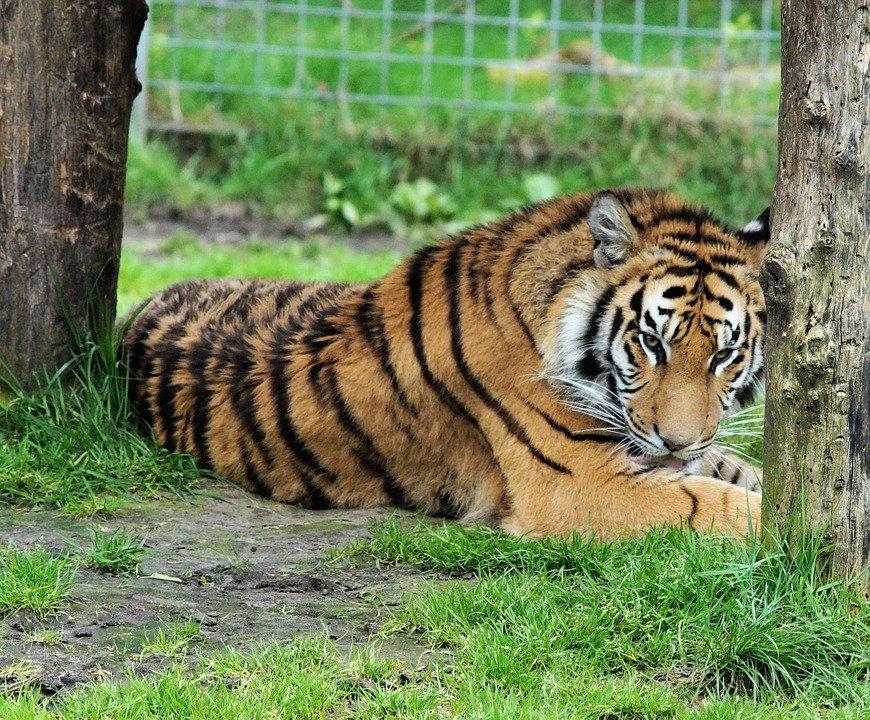 Being stuck home all day can be a bear, but Netflix’s newly released docu-series Tiger King: Murder, Mayhem and Madness, is the perfect remedy for your boredom. When opening up snapchat or scrolling through Instagram, it is only a matter of time before you come across something related to the show, which has been about six years in the making. It is one of the most captivating programs Netflix has released to date, but what’s behind America’s obsession? One-part documentary, one-part true-crime, Tiger King reveals both sides of a wildly absurd story unlike anything else on television today and also presents a deeper message about the ownership and exploitation of wild animals in the U.S.

Tiger King unquestionably lives up to its name as it documents a battle, almost too bizarre to be true, between American “big-cat” owners and those who are trying to end the practice. Since being released on March 20, the seven-part series has taken America by storm. As of today, Tiger King is the most watched show in the country and boasts a 97% critics rating and a 96% audience score, according to Variety Magazine. In large part, the show’s success is due to the absurd people it features.

The king (both literally, and metaphorically) of absurdity, Joe Exotic, is the focal point of the docu-series. The ex-producer of Exotic’s reality TV show, Rick Kirkham, describes Joe as “a mythical character living out in the middle of bumf***, Oklahoma, who owned 1,200 tigers and lions and bears and monkeys and s***.” Exotic’s own description of himself, “a gay, gun-carrying redneck with a mullet,” is only slightly less bizarre than Kirkham’s. As the owner of G.W. Zoo — a park in Wynnewood, Okla. that, at one point, housed over 50 species of animals, including 200 big cats — Exotic had cages full of tigers, lions, puma, bears, crocodiles and even ligers and tigons — hybrid offspring of lions and tigers. Exotic’s zoo was reputable in the big cat business and drew in large scores of visitors from surrounding areas keen to play with a tiger cub or see a big cat up close and personal.

Exotic’s arch nemesis, Carole Baskin, is the driving force operating on the other side of the spectrum. Baskin, who has perhaps an even crazier backstory than Exotic, founded and acts as the chief executive officer of Big Cat Rescue, a non-profit animal sanctuary near Tampa, Fla. Big Cat Rescue’s ultimate goal is to end the private trade and ownership of exotic cats in America, bringing her into close proximity with Exotic. Baskin and Exotic go back and forth at each other in a way that is at times comical, at times unnerving, but always entertaining. In one episode, Exotic describes her as his “Number 1 murdered-her-husband-and-fed-him-to-the-tigers crazy b****.”

Baskin’s crusade to destroy the big cat business is an uphill battle in many respects. Owning these big cats itself is not illegal in eight states, including Oklahoma, and only requires a permit in 14 others. Because it is not illegal in so many states, owners view Baskin and those who undertake similar efforts as attacking their personal liberties and rights as American citizens. Exotic, as well as the other tiger breeders depicted in the series, claim a deep love and appreciation for all their pets — especially their big cats. These owners argue that just because their pet cat is larger than most, they still have every right a dog or cat owner does.

Baskin, along with Big Cat Rescue and other similar non-profits are fighting to tighten the laws surrounding the possession of big cats by arguing that the facilities owned by roadside zoos and similar operations designed to profit off of the animals likability are not safe, healthy or conducive to a proper life for the animal.

Investigations into facilities where big cats are being kept in the United States has consistently revealed that the big cats are often improperly cared for, not necessarily because of owner neglect but instead due to the sheer resources necessary to support a large animal. Tigers reportedly need 20 to 40 square miles of territory in the wild. In cages, tigers are often allotted less than 100 square meters. Additionally, tigers can eat up to $100 worth of food per day. Owners who can’t afford to feed hundreds of tigers, thousands of dollars’ worth of meat, are seriously diminishing the health of their animals. Exotic, for example, is often forced to feed expired Walmart meat to his big cats because this is all he can afford. Tight confines, limited nutrition and other factors have profound psychological effects on the big cats in captivity.

It’s also worth noting that the population of tigers currently living in the wild across the globe, according to the World Wildlife Fund (WWF), numbers slightly less than 4,000. In U.S. zoos, breeding operations and backyards, there are an estimated 5,000 tigers.

One thing Baskin and other animal rights advocates can’t argue against is that baby tigers, lions and elephants as depicted in the series as well as in these zoos’ commercials, are undeniably adorable. You can appeal to one’s sense of morality in arguing that keeping big cats in the middle of the U.S. and exploiting them for financial gain is unethical in terms of animal rights, but once someone plays with a six month-old tiger cub, ethics and morality seem to fly out the window.

Whether its egos bigger-than-life, polygamy, murder plots, adorable animals, dismembered limbs, FBI intervention or animal rights you’re interested in, Tiger King has something for you. The world of big cat owners and their out-of-this-world personalities, while in violation with animal rights and most people’s ethical standings, makes for unparalleled entertainment.