Coronavirus Shuts Down XFL For Good 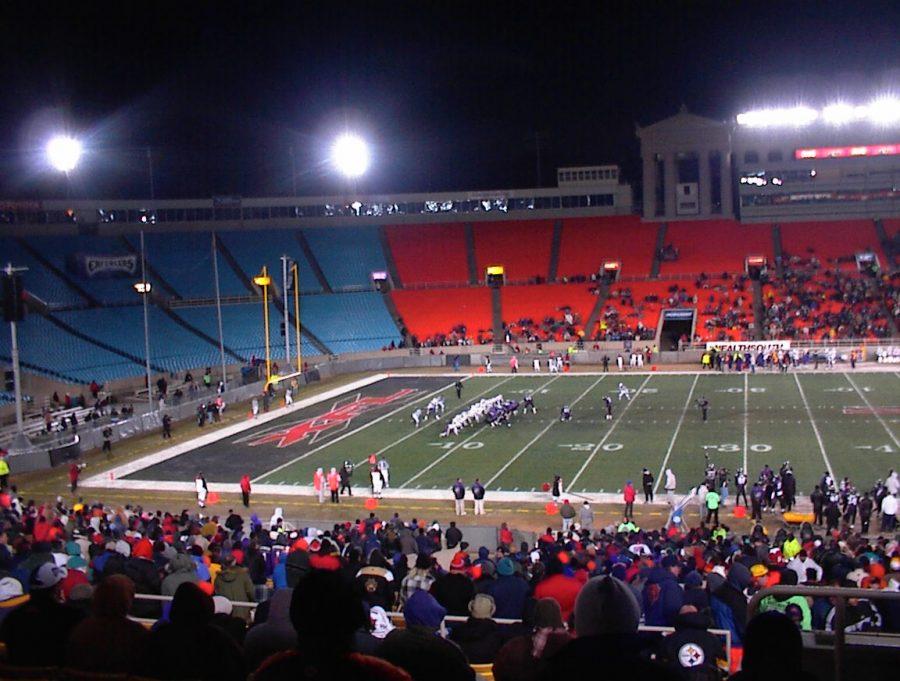 The coronavirus has led the XFL, which was halfway through its regular season, to shut down. The league has announced it does not have plans for a 2021 season as this point.

On Friday, April 10, word came out that due to lack of revenue, because of its inability to play games, the new XFL would cease all operations. The league laid off employees and news outlets reported that there was no plan to return in 2021. Through no fault of their own, the XFL is now the newest alternative to the overbearing National Football League to falter.

This decision on behalf of league officials was essentially a matter of time. The XFL suspended play on March 10, after the fifth week of their ten-week season. Despite the fact that a player on the Seattle roster tested positive for the coronavirus, the XFL had made the same decision as the rest of the leagues in America had: it could not continue to play due to public health concerns. Ten days after the initial decision, the league announced that the rest of the season would be cancelled. From then on, employees and players were paid their normal salaries and began preparing for the next season. COO Jeffrey Pollack said the league was not going out of business on a conference call that Friday, pointing out that this is a decision that can only be made by league owner and WWE CEO, Vince McMahon. In a related statement, McMahon said only that the XFL is “evaluating next steps.” A month after the league had decided to cease play, it was announced that the league would cease all operations.

One of the focal points of the new XFL were the league’s various innovations to the game played in the NFL. Some of these deviations worked great, and I think, could be implemented into the NFL. The XFL kickoff was arguably the best innovation of the new league. If the NFL is serious about cutting out the danger of concussions and injuries suffered on kickoffs, it should quickly follow the XFL’s lead. Opening the instant replay booth to the purview of the TV audience was another fascinating development of the league. The XFL showed viewers what was happening and the process was very transparent; the NFL should take note.

The XFL was a stark contrast to the AAF (Alliance of American Football), which failed miserably after playing one season due to fights betweens league founders compounded by financial troubles. After the AAF fell through the cracks, many assumed that no spring football league without NFL-backed money could last. One of the main problems with the AAF was that the on-field product seriously lagged behind what fans were used to seeing from the NFL. The XFL, however, wasn’t attempting to be better than the NFL, it was attempting to be different. The league took football in a different direction through new kickoffs, the three-point conversion, the double-forward pass and the penalty-shootout overtime.

When McMahon’s XFL failed the first time, back in 2001 after only a single season, a large criticism was that the league was trying too hard to put wrestling gimmicks into football, due to WWE ownership. McMahon and the WWE listened, and in this iteration the gimmicky aspects were put to rest and the league zeroed in on promoting a fast-paced, family friendly game. The league may have even over-corrected: it featured live sound from players and coaches, and on-field interviews. Fans learned that it was more interesting to see interviews after a failure than a success.

At the end of the day, the XFL proved that football fans will watch second-tier spring football if it features high-quality play and new football ideas, even if they may never see the light of day in the NFL. A few players from the now defunct-league, will sign contracts with NFL franchises. such is the case with quarterback P.J. Walker, who recently signed with the Panthers after putting up phenomenal numbers through five weeks in the XFL. However, it is crushing to think of all of those working for the league, various teams and for players. It’s very unfortunate that this fun new league, which had a promising future ahead of it, has to go down this way, but that’s just another brick to fall in the seemingly endless tragedy that is our current reality.