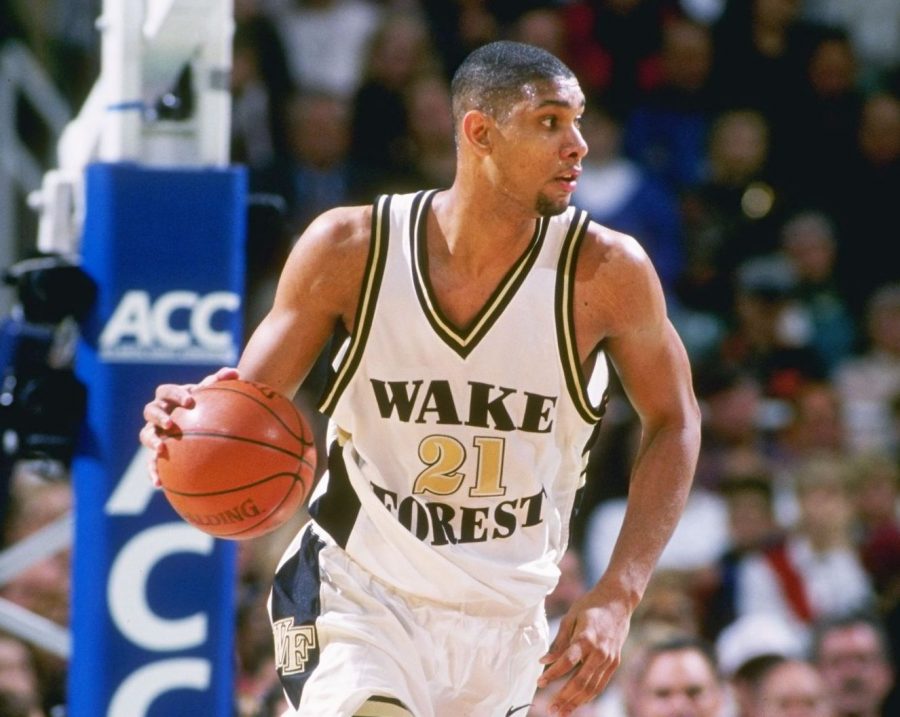 The NBA provided fans a brief respite from the chaos caused by the ongoing COVID-19 outbreak with its recent announcement of the 2020 Naismith Basketball Hall of Fame (HOF) Inductees. Wake Forest is well-represented in this year’s class, as former Demon Deacon and NBA legend Tim Duncan is set to have his name immortalized in the company of some of the finest players the game has ever seen. Duncan graced the league with his talents for nineteen seasons, finishing with exceptional career averages of 19 points and nearly 11 rebounds (per basketball-reference.com). He spent the entirety of his career in a San Antonio Spurs uniform, helping lead the organization to five championships during his tenure and cementing his place in basketball’s history books in the process.

Another household name endowed with HOF honors this year was Kevin Garnett, who will forever be known as one of basketball’s fiercest competitors and most tenacious rebounders. Garnett’s accolades were many; he averaged over eight rebounds in 15 of his 22 seasons, including an eye-popping nine consecutive years with an average of 10 RPG or more. He became an NBA champion with the Boston Celtics in 2008 while playing alongside fellow NBA standouts Paul Pierce and Ray Allen, firmly solidifying his legacy along the way. By the time he called it quits in 2016, Garnett had become one of the most respected players in all of basketball, and his HOF induction simply serves as another indicator of his greatness.

The selection process for this year’s HOF class was also tinged with a note of sadness. The late Kobe Bryant is to be featured on this year’s ballot, a man whose actions on the court catapulted him to the pinnacle of NBA success and served as an inspiration for basketball fans everywhere. Bryant’s HOF induction places the final touches on a brilliant career, and it is a tragedy he’s not able to receive the honor himself. Instead, we must do our best to honor the memory and legacy of the man we all knew as “The Black Mamba.” Bryant’s career was a statistician’s fantasy; he finished with a total average of 25 PPG over 20 seasons, a benchmark that places him among the most electrifying scorers to ever take the court. Bryant’s most revered accomplishments, however, were his five NBA titles; the sheer breadth of his postseason achievements have made his name synonymous with greatness.

As per usual, the NFL free agency period has provided a plethora of gaudy contracts and changes of scenery for some of the NFL’s brightest stars. Perhaps the most shocking news thus far has come out of New England: star quarterback Tom Brady recently announced his departure from the Patriots organization and his intent to pursue a new beginning with the Tampa Bay Buccaneers. Brady’s news effectively turned the sporting world on its head; he’d become an institution in New England during his time there, leading the Patriots to six Super Bowl victories and a lifetime supply of memorable moments. At 42-years-old, it’s likely that Brady will finish his career in Tampa Bay, hoping to bring a little magic to the city before he hangs up his cleats for good.

The Cleveland Browns have been active in the offseason as well, making a slew of transactions headlined by the addition of star tight end Austin Hooper, who recently inked an illustrious four year, $44 million deal (per ESPN’s Vaughn McClure). Hooper’s talents come at a premium as the Browns look to rise again from the ashes of a disappointing 2018-2019 regular season campaign that yielded only seven victories and an abundance of grief for Browns fans everywhere.

Several teams have made excellent use of the trading block during this off-season, namely the Arizona Cardinals. In a blockbuster deal that left many NFL experts scratching their heads, the Cardinals picked up superstar wideout DeAndre Hopkins in exchange for a few draft picks and David Johnson, who’s been past his prime for quite a while now. The Texans’ front office has taken considerable heat over this trade, and for good reason. It seems foolish to let one of the league’s brightest stars slip away for such a minimal return, but only time will tell.

Also worth noting is the recent contract extension signed by Carolina Panthers halfback Christian McCaffrey. McCaffrey and the Panthers recently agreed on a four year, $64 million dollar deal that turned heads around the league. McCaffrey’s performance in his sophomore campaign last season was nothing short of spectacular: he finished with over 1,000+ yards in both the receiving and rushing categories, making him one of the league’s most versatile offensive weapons.