Keeping Up with the Coronavirus: Developments in Searching for a Therapeutic Drug 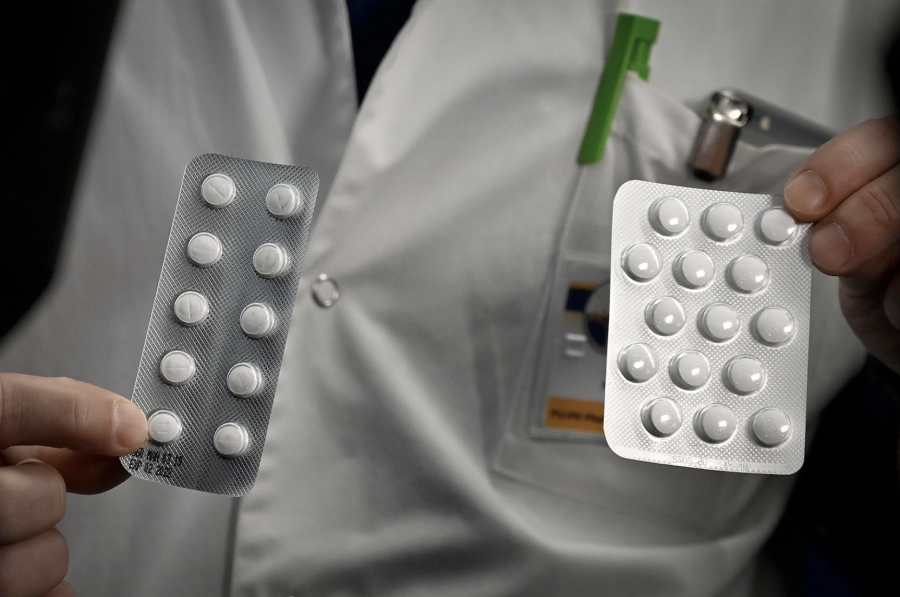 When she first joined Dr. Mark Denison’s lab at Vanderbilt University Medical Center in November 2017, Dr. Andrea Pruijssers never would have anticipated the outpouring of public and private funds and attention which have accumulated in recent months. Even Dolly Parton donated a large sum towards the team’s research efforts, in hopes of finding a cure for COVID-19.

Together with researchers from the University of North Carolina at Chapel Hill and Emory University, the team recently published their investigations into the effectiveness of a new antiviral drug. The drug, EIDD-2801, is a form of the antiviral compound β-D-N4-hydroxycytidine (NHC, EIDD-1931). What’s particularly exciting about this drug is that it’s orally bioavailable — meaning it can be taken as a pill and won’t be metabolized in the bloodstream before acting effectively against the virus in the respiratory, where it replicates.

The Denison team began analyzing the effectiveness of nucleoside analogs against coronaviruses long before the COVID-19 pandemic. They also helped develop remdesivir — NHC’s all-star nucleoside cousin currently in clinical trials against COVID-19. Remdesivir, a new experimental drug on the block, has garnered significant public attention. In multiple press conferences, President Trump has touted the drug as “promising” for use against COVID-19. Like NHC, remdesivir is a nucleoside analog. These drugs resemble innate nucleosides enough to be incorporated into the viral genome by viral RNA-dependent RNA polymerases and cause havoc.

Remdesivir lodges itself into viral RNA, forcing its premature termination. The virus chugs along transcribing its RNA, but when it encounters the analog, it prematurely stops. By contrast, EIDD-2801 sneakily introduces errors into viral RNA during replication. The deformed, dysfunctional viral progeny that result are incapable of infection.

While remdesivir must be administered intravenously, EIDD-2801 can be taken orally. The ease with which this can be administered is only one advantage. EIDD-2801 also demonstrated enhanced efficacy against a remdesivir-resistant coronavirus, which makes the two drugs a promising pair for use in combination therapy. It also showed potential as prophylaxis, which is particularly relevant for healthcare workers and senior citizens in environments of high exposure.

Many compounds can kill a virus, but only a select few make good drugs. β-D-N4-hydroxycytidine (NHC) is the active antiviral compound that acts against SARS-CoV-2. When administering this in vivo, however, scientists encountered a problem. The molecule’s three hydroxyl (-OH) groups give it hydrophilic properties, so it isn’t easily absorbed by the gut. In essence, the body would flush NHC away before it has the chance to act.

Like a Trojan horse, EIDD-2801 slips in as a prodrug — an inactive derivative of NHC designed to bypass the harsh environment of the human body long enough to effectively combat the virus. By converting one of the hydroxyl groups to an isobutyrate ester, scientists can trick the gut into absorbing the molecule. From there, enzymes in the blood metabolize EIDD-2801 into NHC, and it goes to work inhibiting infection.

Although this is an exciting discovery, one must keep in mind the limitations of antivirals themselves. Like many other drugs in its class, clinical benefit greatly depends upon the time of administration post-infection.

“In humans, we predict the usefulness of direct acting antivirals will be up to five or six days after infection,” Pruijssers said.

After this window, the primary threat is no longer posed by the virus itself but the patient’s own immune response. But all hope at this point may not be lost.

“If we can simultaneously inhibit viral replication using an antiviral and calm down the immune response a little, the antiviral has more of a chance to do its job before the immune pathology takes over,” Pruijssers said.

On top of this, Pruijssers said that the trials are moving forward at an accelerated rate.

“The plan is to quickly move into Phase II efficacy trials in the U.S. once we know for sure that the drug is safe for humans,” Pruijssers said. “The projected timeline for completion of these trials is three to four months, which is super-fast: by comparison, normally all of this takes three to four years.”

Despite this accelerated timeline, only time will tell how many Americans will die before the drug becomes available for widespread use. In the meantime, it appears that many of us will remain stuck at home until heroes like Dr. Pruijssers and her colleagues find the cure.