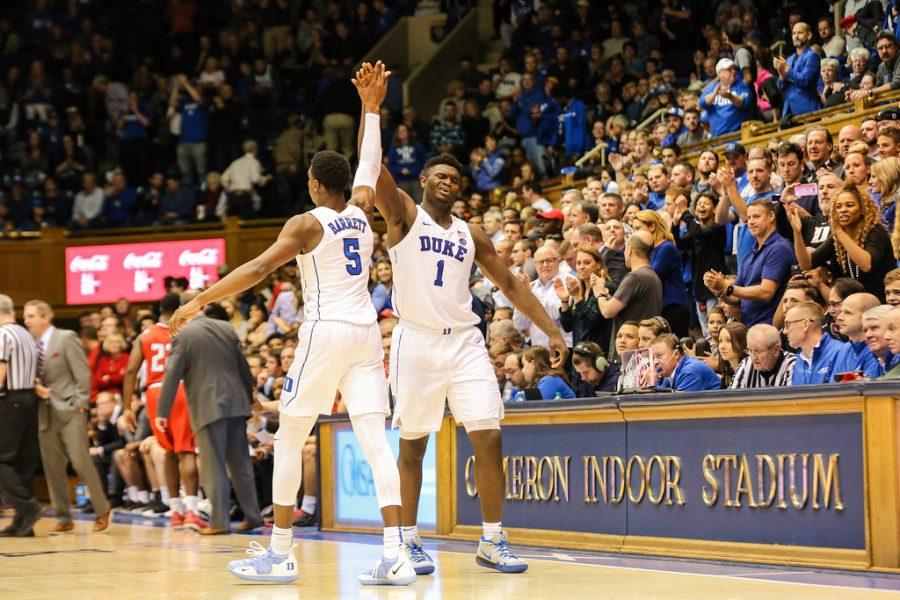 In recent years, young basketball players have had levels of hype and excitement around them that have surpassed any expectations. Zion Williamson’s time at Duke only added to the attention that he garnered from his famous dunking highlights from his days in highschool. Duke had three future NBA players on its roster last year, and all three of those players only stayed at Duke for one year. Players that leave after one year, “one and done” players, as they are commonly called, have done wonders for College Basketball.

Players that are potentially good enough to go straight to the NBA after highschool are put in a position where effectively they have to spend one year in college basketball before entering into the NBA draft. The rule specifically is that the player must be at least 19-years-old and had at least one NBA season of basketball concluded before said player can apply to the draft. The rule began in 2006, and has been highly criticized over the years because of all of the restrictive rules that the NCAA places on players. There are plenty of rules regarding the nature of endorsements for NCAA athletes; players can’t make any money off of their image, they can’t have merchandise or get gifts from people. The NCAA is notoriously tyrannical in its enforcement of these rules, but has no issues profiting off of the images of their own players.

What has brought the “one and done” rule back into the public’s eye is the recent announcement that top highschool basketball recruits Jalen Green and Isaiah Todd are choosing to sign with NBA G-league teams instead of going to play in college. Jalen Green is the number one ranked player in the Class of 2020, and Isaiah Todd is the 13th ranked player in the same class. By choosing to play for exhibition teams, both players are not only guaranteeing that they get paid to play, but also that they will get the chance to play against other potential NBA talents.

These decisions are a monumental moment because of how high these players’ rankings are. If this experiment yields positive results for both players, other potential NBA players may forego going to college and move towards the G-league. Not only would this cost the NCAA millions of dollars in revenue, but it would force them to reconsider how they enforce their rules about players’ endorsements and gifts. “One and Done” players are usually very talented players, and many college teams heavily rely on their presence and virality to bring in viewers and attention. Imagine if Zion Williamson, RJ Barrett and Cam Reddish had never gone to Duke. The 2018-2019 college basketball season would not have been nearly as viral and widely discussed as it was. By no means would college basketball be a barren landscape of talent, but so many of the top talents in college basketball today are “one and done” players. It would be refreshing to see the NCAA and NBA change its rules to more fairly accommodate players. The monopoly that the NCAA has had on young talent could have a potential new rival.