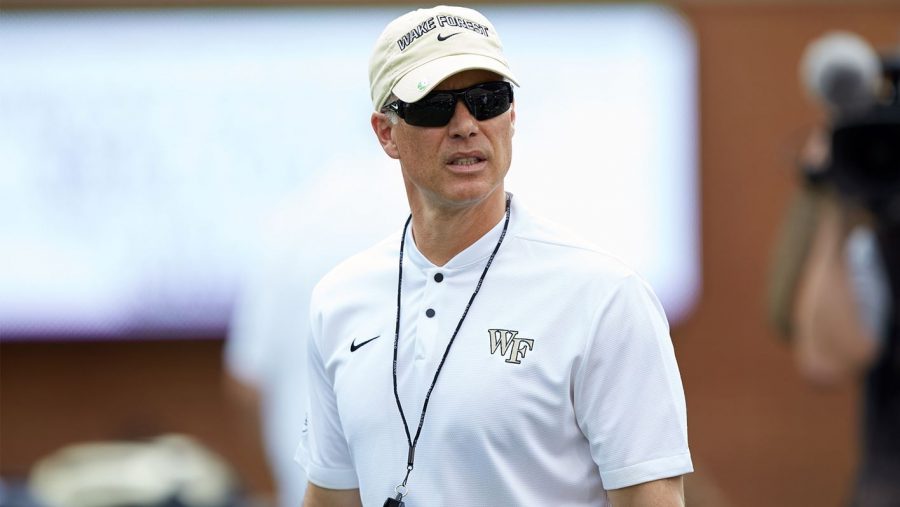 Fresh off a fourth consecutive bowl game appearance, Coach Dave Clawson and company will welcome in 23 new football recruits for the 2020 season. The class, ranked 51st nationally and 10th in the ACC according to ESPN, is headlined by 4-star QB Mitch Griffis and 4-star guard Luke Petitbon.

Griffis, a graduate of Broad Run High in Ashburn, Va., threw for over 3,000 yards and 40 TDs as a senior. Griffis committed to Wake Forest last June over offers from University of Maryland, Vanderbilt University and West Virginia University, among others. According to ESPN, Griffis is the 20th best Pocket Passer in his class. At just 5’11,” Griffis will look to prove that, like former Deacon quarterback John Wolford, he was unfairly docked in the rankings due to his height.

Petitbon, slated as the sixth best center in his class, will help to fill the offensive line ranks following the graduation of redshirt seniors Justin Herron, Nate Gilliam and Jake Benzinger. Petitbon, a native of Washington, DC and graduate of Gonzaga College High School, committed to Wake Forest in December over offers from Boston College, University of Virginia, Vanderbilt and others. Joining him on the offensive line are 3-stars Zach Vaughan of Milford, Mass. and Christian Forbes of Rumson, N.J.

The Deacons landed two 3-star tight ends, Trey Boll of Richmond, Va., and Michael Frogge of Greensboro, N.C. The two, alongside Brandon Chapman, will look to fill the void created by the graduation of redshirt senior Jack Freudenthal.

Staying on the offensive side of the ball, Wake Forest signed 6’3” wide receiver Jahmal Banks of Baltimore, Md., slot receiver Ke’Shawn Williams of Philadelphia, Pa., athlete Ahmani Marshall of nearby Kernersville, N.C. and speedster Justice Ellison of Oakton, Va. Ellison, a graduate of Flint Hill High, was a high school teammate of current Wake Forest safety Trey Rucker. When Ellison was just a sophomore, he caught the attention of wide receiver coach Kevin Higgins, who offered him a scholarship this past fall. Ellison is a shifty athlete with top line speed yet was not offered by any other Power 5 schools. His versatility was paramount to his high school success, as he played quarterback, wide receiver and running back and returned kicks. It’ll be interesting to follow his progression and to see how offensive coordinator Warren Ruggiero integrates his skillset into the offense.

Wake Forest signed just one true running back in the 2020 class, but it’s one they are very excited about. Quinton Cooley of Bailey, N.C., committed in December and enrolled in classes in January. Cooley had a mammoth senior season for Southern Nash High School, rushing for 3000 yards (212.6 per game) and scoring 54 touchdowns. These totals were tops in the state of North Carolina and second nationally. Cooley made national headlines for scoring 5 touchdowns in 8 carries in the first half of a 65-14 Southern Nash win over Warren County. Despite these numbers, Cooley was just the 73rd ranked running back in the class.

The defensive trenches were a point of emphasis this past season for Clawson, and the Deacons signed four 3-star linemen. Jasheen Davis of Snellville, Ga., Malik Puryear of High Point, N.C., Kendron Wayman of Ridgley, Md. and James Ash of Tampa, Fla., all signed with Wake Forest. In the secondary, Wake Forest added 3-star corners Gavin Holmes of Metairie, La. and J.J. Roberts of Ona, W.Va.

Just four of the 23 signees hail from North Carolina, while seven players hail from the DMV area. This follows the recent trend of scattered recruiting up and down the eastern seaboard instead of the highly concentrated in-state recruiting of many local public schools. On paper, the 2020 class is not any better or worse than previous classes, but given Coach Clawson’s strong track record in finding and developing hidden talent, this class is a reason for optimism in the future of Wake Forest football.