From Wuhan to Winston-Salem – Experiencing a Pandemic Twice 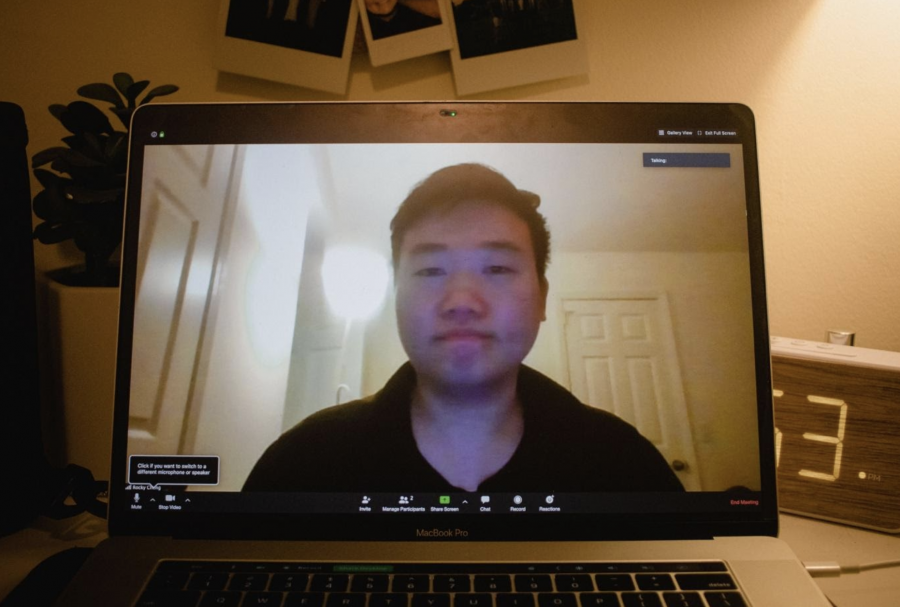 Cheng Zhuo (’20) — “When I [used to] introduced myself to people, they paid attention to my name. Now, all they hear is that I am from Wuhan.”

I first met Cheng Zhuo in 2015. His name appeared when the university housing portal informed me that he was to be my first-year roommate in the basement of Johnson. As we shared the basic details of our lives during our first days of messaging, I asked Cheng where he was from. He responded with the name of a Chinese city I had never heard of before, Wuhan.

In the past few months, Wuhan has rocketed into the public consciousness because of its central role in the coronavirus pandemic. When COVID-19 first appeared in Cheng’s hometown in December, few Americans were familiar with the city, though its population is 11 million. Now, Wuhan occupies a place in the international public imagination somewhere adjacent to Pripyat — cities inextricable from the public-health crises that happened there and the political decisions to initially hide them.

“When I [used to] introduced myself to people, they paid attention to my name,” Cheng said, laughing. “Now all they hear is that I am from Wuhan.”

Though he naturally laughs off the sudden attention placed on his city, Cheng and other international students from Wuhan share a unique perspective on this pandemic: they witnessed it firsthand as the disease grew from a rumor on social media to a government coverup, a region-wide epidemic, and now they are living through it a second time as it sweeps across rest of the world.

“There is a weird feeling of déjà vu in everything I see now in America,” Cheng said. “Because this has all happened before.”

The first time around, in Wuhan, many people became aware of the disease in mid-December through Chinese social media apps like WeChat and Weibo. On these platforms, people reported a “strange lung disease” which appeared to be spreading in the Jianghan district of the city.

“You first saw friendly warnings to stay away from this part of the city if you could,” Cheng said.

Those warnings shifted from friendly to serious over the next weeks when doctors-turned-whistleblowers such as Dr. Ai Fen and Dr. Li Wenliang began to post information online comparing the mysterious new disease to the 2003 outbreak of Severe Acute Respiratory Syndrome (SARS). They and other whistleblowers were quickly silenced by the local Wuhan authorities who assured the public that everything was under control.

“China in early January was like the U.S. in February. The government said everything was under control and most people believed them,” Cheng said.

But as the number of people streaming into hospitals rose and more whistleblowers came forward, public sentiment began to shift against the government.

“One day a local Wuhan official took an interview where he said ‘We have everything we need,’” Cheng said. “But that same night, hospitals were begging for supplies on the internet. That showed a lot of people how real this threat was.”

These conflicting messages from hospitals and government authorities rhyme with patterns that have been repeated in America and many other countries around the world. At first, many governments dismissed the virus and signaled that things were well under control, even as healthcare systems reported the opposite. Obviously, there was no coverup of the disease or censorship of health officials in the U.S., but the general overconfidence in our understanding of the disease and in our mitigation actions echoed the early messaging coming from Wuhan authorities.

While the public has criticized the federal response in both China and the U.S., each country has also coalesced around a single trusted scientific authority. Most Americans are likely now familiar with Dr. Anthony Fauci, the director of the National Institute of Allergy and Infectious Diseases who has risen to prominence as part of President Donald Trump’s coronavirus task force.

Fauci has been widely lauded as a trusted voice among a sometimes inconsistent federal response. In recent weeks, much has been written about Fauci’s long career leading the country’s responses to other infectious diseases, as well as his now-famous dedication to long-distance running even amidst handling a pandemic.

China has their own trusted and charismatic scientific voice in Dr. Zhong Nanshan who, perhaps unlike Fauci, has long been a household name in China because of his central role in China’s response to the 2003 SARS epidemic. The 83-year-old pulmonologist is also well-known for his weight-lifting fitness regime and, among other similarities, Zhong is well-respected for speaking out against China’s government when it comes to public health issues.

Despite his public support, the news report in which Wuhan officials assured that everything was fine came after Dr. Zhong had already publicly discussed the severity of this new virus. So when Cheng saw the U.S. and other countries’ slow responses in February, he knew it was only a matter of time before they followed similar infection trajectories.

“Wuhan kept saying ‘everything is under control’ when it wasn’t,” Cheng said. “So when I saw Europe and America saying the same things, I knew what would likely follow.”

Cheng said that it has been difficult so see the same story play out so many times after Wuhan already clearly demonstrated the severity of COVID-19. He understands that each country must carefully navigate between treating the virus seriously and not inciting a public panic, but “if someone takes the first punch and shows you how to respond, you should learn from that, not let the same pattern repeat.”

This pandemic has illustrated how strongly countries prefer to rely on their own past experiences and how slow many are to learn from other systems. It has been reported that many southeast Asian countries such as Taiwan and South Korea, as well as semi-autonomous Hong Kong, have been able to mitigate the spread of COVID-19 potentially because of their recent past experiences with SARS. Combined with societal differences which favor collectivism over individualism and a relatively lower standard for personal privacy, these countries appear to have done well to combat the initial wave of the pandemic.

Though lockdowns like those seen in Italy have been compared to China’s aggressive Wuhan strategy, Western countries tout very different healthcare systems and cultures, which make many of these countries’ mitigation efforts incompatible.

For example, in Wuhan, Cheng says that doctors were imported from around the country to fight the disease and guards were stationed outside residencies to ensure that only a single person from each household was able to leave for groceries once every two days — strategies that could never be implemented in countries like the U.S.. In this way, it is actually the differences between cultures which may partially explain the similar infection patterns and responses observed in so many countries.

The last similarity between Wuhan and Winston-Salem is one we haven’t had the chance to see yet — their responses to a reopening of the economy. Wuhan ended its lockdown on April 8 and millions have finally been able to return to work and leisure activities, though the city is still aggressively monitoring citizens for potential COVID-19 transmission.

Of all the joys that come with the end of the lockdown, Cheng said that one stands out among the rest: hot dry noodles. This particular noodle dish is native to the Hubei province and it is an incredibly popular breakfast meal for Wuhan citizens before work or school.

“I can’t even describe the happiness I see in people who posted themselves finally having their noodles in the morning again,” Cheng said.

But for now, hot dry noodles are still out of reach for Cheng, who remains stuck in Winston-Salem. This is because China has already experienced a rebound in cases due to reopening, not caused by an increase of the disease within its borders, but caused by a massive influx of Chinese nationals returning to the country with the virus from America, the United Kingdom and other countries.

As a result, China has massively restricted flights — currently each of China’s five national airlines is only allowed a single incoming flight per week for each country. That means one flight per day from LAX to Shanghai for any Chinese citizen who wants to return home. Cheng said that he has had three flights canceled already and that the shortage of flights has caused prices to skyrocket. As of now, his lease ends in May and he has no idea when he will be able to make it home to Wuhan.

America is still only beginning to figure what a reopening will look like here. Some states such as Georgia have gone against federal recommendations and are moving to reopen quickly, while health officials and leaders in other states preach for a slow, cautious approach to reopening. For Americans, it is worth looking towards Wuhan for an idea of what reopening may look like, both in terms of the good and the bad. Cheng says that “life is not normal” back in Wuhan, even with the reopening of the city, “not yet. But there is a big wave of relief.”

Hopefully we can look forward to some relief and a similar return to small victories in the coming months if we take in the lessons from other countries.