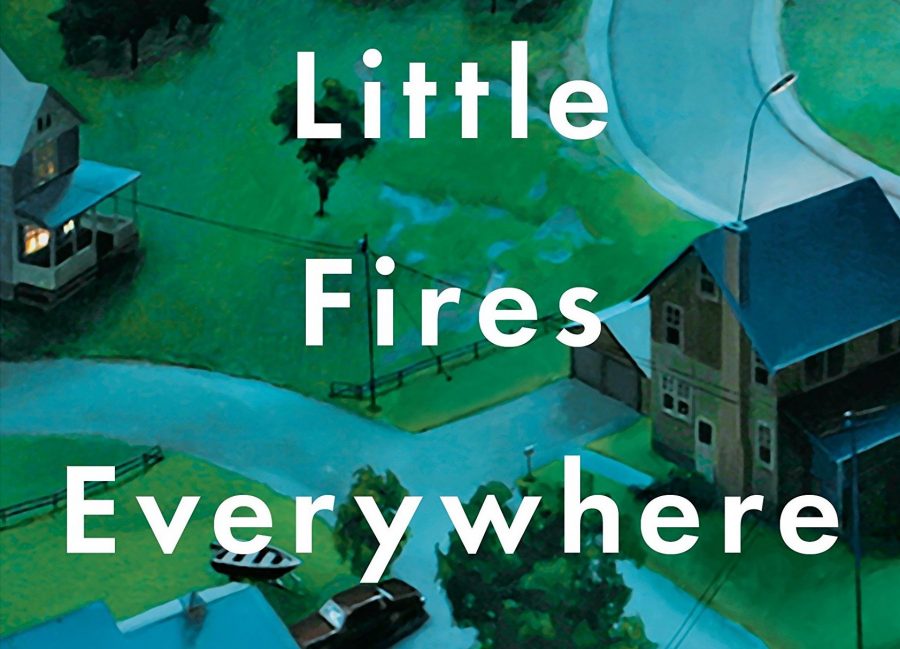 Hulu’s new original, nail-biting eight-part series, Little Fires Everywhere takes place in the wealthy, elite, suburban town of Shaker Heights, Ohio in the late 1990s. This series is based off of the novel of the same name, written by Celeste Ng. The pretext surrounds a house burning, shown in the first scene of episode one, which the series works to unmask, revealing the truth behind it in episode eight. Several other themes and conflicts are interwoven, which explain the reasoning behind the crime.

Episode one introduces us to the Richardsons, a family of six. We meet Elena (Reese Witherspoon), the wife, who is a part-time journalist at The Shaker Times, the local paper in town. Her husband, Bill (Joshua Jackson), is an attorney, and largely the breadwinner for the family. Together, they have four children: Lexie (the oldest, played by Jane Pettyjohn), Trip (the second oldest, played by Jordan Elsass), Moody (the middle child, played by Gavin Lewis), followed by Isabelle (who goes by Izzy, and is the youngest, played by Megan Scott). On paper, they are the perfect family. All of the children are successful, especially Lexie, who is the perfect daughter (she has the best GPA and is very involved in extracurricular activities), and Trip, who excels at sports. Moody and Izzy pave their own paths, with Elena doing everything in her power to make sure that their family image stays externally clean.

Subsequent to the introduction of the Richardsons, we meet Mia (Kerry Washington), a single mother, and her daughter, Pearl (Lexi Underwood). We first encounter them when Elena calls the local police on them as she drives by a largely vacant parking lot, where Mia and Pearl were sleeping in their car. This moment was tense, exposing the viewers to the first inklings of racial tension that will pervade the relationships within this series. Mia and Pearl are both African American, while the Richardson’s are an rich, upper-class white family and are well-regarded in Shaker Heights.

Mia and Elena will come face-to-face when Mia decides to tour a rental property that Elena owns, given to her by her mother as a post-college gift. Their first interaction is a juxtaposition; Mia is seemingly of a lower-class, carrying all of Pearl’s and her property within the confines of a car, while Elena comes across as a well-meaning, yet ignorant white woman, encased in a bubble of privilege and wealth. Elena happily mentions her family’s role in integrating Shaker Heights, and her pride in her children’s attendance at the diverse Shaker Heights High School, another product of the large push to make Shaker Heights an open Utopia for families of all races and ethnicities. However; as this series unfolds, viewers will discover the underlying subtleties of racism that still exist, in addition to the conflicts that the intersection of social class and race present for several different characters within the town.

As this series works to solve a mystery, prevalent themes of love, motherhood and wealth encapsulate the heart of this incredibly produced series. The Richardsons seem perfect, but viewers will discover that this is a façade. Contrastingly, Mia and Pearl represent the opposite of the traditional family structure but defy stereotypes about what healthy familial relationships are. Motherhood, differences in ethnicity and wealth, are undercutting storylines, forcing viewers to think about the definition of motherhood and most importantly, who deserves to be a mother.

I highly recommend this series to anyone who likes mystery/thriller type shows and is looking for a varied array of perspectives and personalities. This series will make you think deeper about American society, the judgements we make about others who are different from us, and the misconception that wealth equates to a happy, fulfilling life.