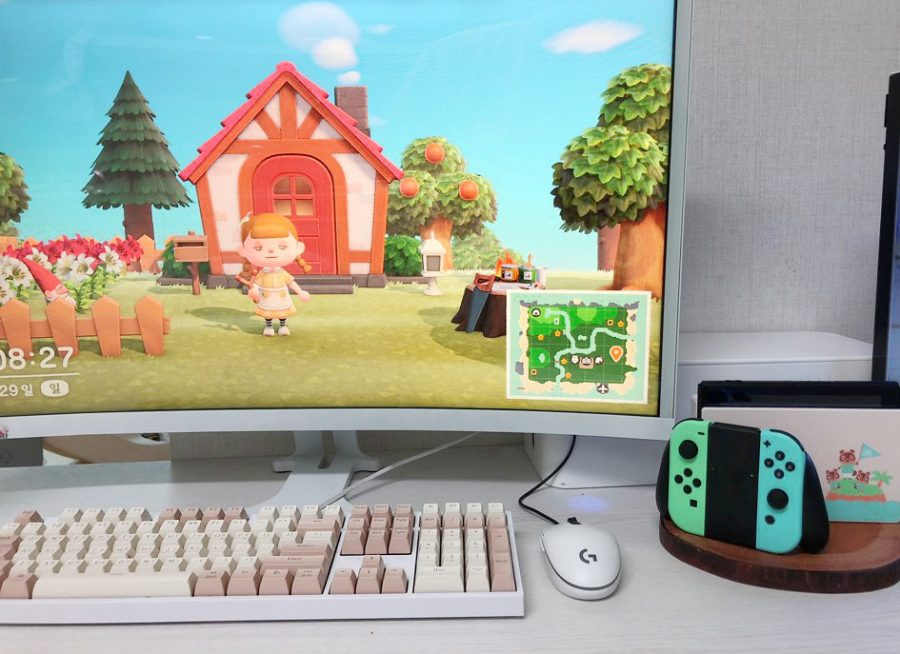 Animal Crossing: New Horizons’ world of collecting, customizing and making friends seems to be well suited for taking up the extra time we may find ourselves with at the moment, and perhaps even satisfying a current need for social interaction. Indeed, its sales following its March 20 release indicate it’s helping a lot of people stave off utter boredom. It’s done better than many of the previous entries in the series, and makes me wonder what its mainstream popularity and social media presence would look like if we weren’t all cooped up inside.

New Horizons is slow paced in a way unlike most other games. There is not exactly a way to ‘win’ the game, and short and long term goals are those that you essentially set for yourself. This could mean catching a certain amount of new fish or bugs to donate to the island museum, obtaining and arranging furniture in your home to complete your aesthetic, or even altering the landscape of your island’s cliffs and rivers. Long term goals in Animal Crossing can be a matter of weeks or months. How quickly you achieve those goals is based on how frequently and how casually you play. How much you choose to contribute to the game every day is, like most other aspects, completely up to you. And for the most part, the game seems to be unbothered if you don’t feel like doing much on a given day. If you spend a number of days away from the game your neighbors may ask you where you’ve been when you return, but you are under no timely obligation even to pay off the astounding mortgage on your island home.

That mortgage, though it is far from the primary aspect of the game, says something about its nature that leaves many people hard-pressed to understand its appeal. The simplicity of the gameplay and the lack of any defined ending, may make you ask, well, what’s the point? Most or all of the game is spent collecting money and resources for completing projects, and each of those completed projects are themselves a small step in the possibly never-ending process. I agree that the game involves a lot of grinding, and is actually rather rooted in that process, but something about it, to me, is inescapably fun. Though not every feature in the game is perfectly implemented, its overall level of polish allows you to be immersed in the charm of its characters, setting, and music as you make what you want of the game’s world.

It’s easy for games that involve grinding as a fundamental aspect to feel pointless as the tedium outweighs any sense of satisfaction, but in my eyes there’s something that separates a game like Destiny from a game like Minecraft — and I would align Animal Crossing with the latter. The difference is in the way grinding serves as a process to achieve goals in the game. In a game like Destiny you complete missions, that will invariably involve blasting away at enemies until they’re all dead so that you can obtain better gear that allows you to fight tougher enemies in the same way, until you obtain even better gear and do the same once again. I don’t doubt that there may be appealing aspects to Destiny like the role of teamwork, but what it lacks is variability in what your contributions and the resultant progress allots you. This is opposed to grinding for resources only as far as whatever goal you choose to accomplish necessitates, and in the process of achieving those goals gaining a greater ability to grind for resources in a way that lets you achieve greater goals.

New Horizons definitely does not do this perfectly. Collecting resources other than money is an unchanging process of smacking rocks and trees, of which you have limited access to every day. However, a satisfying feeling of growth is there. As you put in effort, which may or may not be attractive to you as it’s rather passive, you feel that you are making steps towards completing a larger picture that can be, to some degree, whatever you imagine.

Even still, that may sound unappealing to you, which is fair. I find it to be a rather casual experience that is more engaging some days than others, and a relaxing bit to my day, rather than a challenge or responsibility. There seems to be some amount of inexplicable appeal that might only be understandable if experienced.