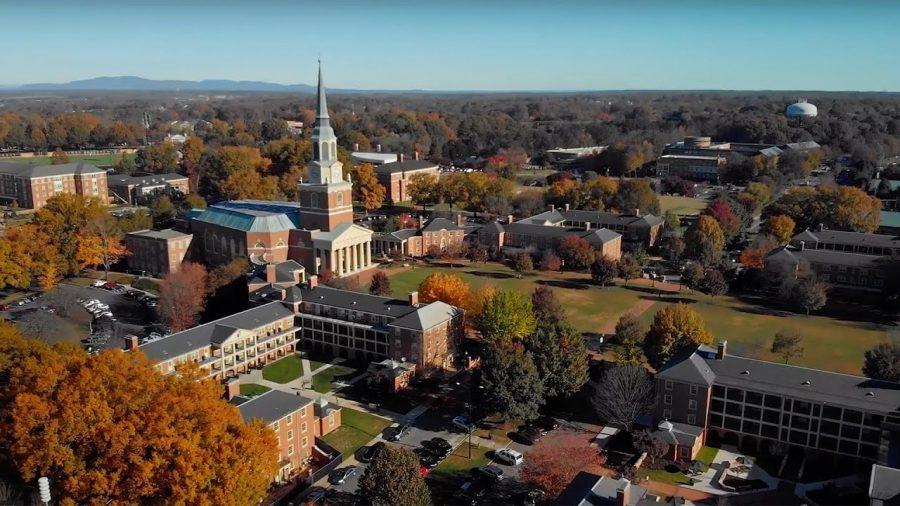 On April 8, university administrators sent an email to faculty and staff announcing a series of budgetary changes in response to the economic fallout caused by the COVID-19.

“Emerging fiscal realities now call for decisions that enable us to carry out our mission within new financial constraints,” said Provost Kersh and Executive Vice President Hof Milam in the email. “Like all our higher-ed peers, we are experiencing significant losses in expected revenues, with numerous refunds and cancellations of programs, as well as uncertainty about when we will resume normal operations.”

All discretionary spending has been suspended. “This includes travel, food/meals, conferences and events, recognition banquets, consultants and other expenditures that are not critical to the operation of the University,” Kersh and Milam said in the email.

Additionally, many capital projects have been suspended, although those necessary for student’s safety and wellbeing will continue, such as renovations in Bostick and Johnson Residence Halls to address humidity and mold problems.

President Nathan Hatch and all Reynolda cabinet members and academic deans have also taken a 10% voluntary salary reduction. Further, a university-wide hiring pause has been implemented, and there could be a “realignment of workforce,” meaning that “some employees” may be asked to “temporarily shift responsibilities,” according to the email.

Two main principles steered the changes. These are to “sustain our mission of teaching/learning and research/discovery, and [to] support the physical and financial well-being of the members of our community,” Kersh and Milam said in the email.

It also outlined changes to the coming fiscal year of 2021, which starts July 1. The pause of salary increases and new hiring will continue into this time period.

Further, there will be a reduction of the operating budget, with non-essential programs and events requested to be discontinued.

“The term ‘essential’ applies to expenditures that are required to meet the needs of our core mission … educating students,” Milam said.

In addition to making the outlined changes, the university has received help from the government. The Coronavirus Aid, Relief and Economic Security (CARES) Act passed in March, with money available to higher education institutions.

The university is set to receive $3.4 million from this legislation, according to Milam.

“Approximately $400,000 will go to the School of Medicine,” Milam said. “The remainder will benefit the Reynolda Campus, with a portion designated for emergency assistance grants for students and the other portion allocated to offset pandemic-related costs to the institution. We received $1.7 million this week.”

The changes to daily life necessitated by the global pandemic and its ripple of effects have created a perfect storm for higher education financing. The situation is pretty unique, according to Amanda Griffith, an economics professor who has studied higher education.

“We saw a similar set of budget cuts and hiring freezes in the academic year[s] immediately following the 2008 Recession,” Griffith said. “In our current situation, the loss of revenue is far more severe for many colleges and universities, as COVID-19 is affecting us in many ways beyond the financial effects of the 2008 recession.”

The full breadth of the impact of the pandemic can be seen by analyzing the flow of money in and out of universities in the midst of COVID-19.

First of all, there’s the major cost of investing in resources to transition to online teaching and learning. Then, on the revenue side, traditional sources of revenue for higher education institutions include tuition, the endowment, annual giving and auxiliary income.

As far as tuition goes, the coming year isn’t looking promising for two main reasons. Normally, an economist would expect to see more students go to college during a recession. But as many Americans are facing huge financial losses, they might not be able to afford higher education unless there is more financial aid available.

“Therefore, either this is a cost to the institution in increased financial aid, or a total loss as enrollment falls,” Griffith said.

Another potential problem for universities and colleges will be lower rates of international student enrollments because of travel difficulties, as well as other possible reasons.

The second key source of income would be donations and the endowment. As far as donations from alumni and others go, that will probably be down, potentially for years, as people experience income and investment losses, according to Griffith.

Each year, universities get an annual disbursement from the endowment for the operating budget, Griffith explained. Since the endowment is tied to the stock market, which has been down, this can be expected to be lower.

Endowments aren’t liquid savings accounts, so institutions can’t easily take more out when they need it. Even if you do take more out of it one year, the pot that you’re drawing from the next year will have less available money in it.

Finally, colleges and universities get income from “auxiliary enterprises,” according to Griffith. Room and board falls into this category. It’s already been affected as universities, including Wake Forest, issue refunds to students.

“The revenue losses are due in large part to housing and dining refunds and the cancellation of summer programs, conferences and camps,” Milam said. “Graylyn Conference Center, University Real Estate and Athletics will also take hits.”

Losses in sports revenue are a different issue, Griffith said, since the athletic budget is separate from the university budget.

“This means that the loss of sports revenue is affecting the athletic department budgets, leading to large losses in their budgets,” Griffith said.

There’s already been a loss in revenue from the NCAA basketball tournament, and the upcoming football season is a question mark. Head coaches, including Dave Clawson, have also taken pay 10% pay reductions.

Milam also noted in an interview with the Old Gold & Black that the financial state of the coming fiscal year is still unclear.

“The university continues to update financial models based on different scenarios and is managing the financial impact of COVID-19 as described in this April 8 message sent to faculty and staff,” he said.

Yet, university officials are maintaining an optimistic public face for now.

“Wake Forest is strong and resilient,” said Milam and Kersh in the email. “Our university has weathered world wars, depressions and a tumultuous move across the state. It is our intent that by making these adjustments, we can position ourselves well for the summer and beyond.”