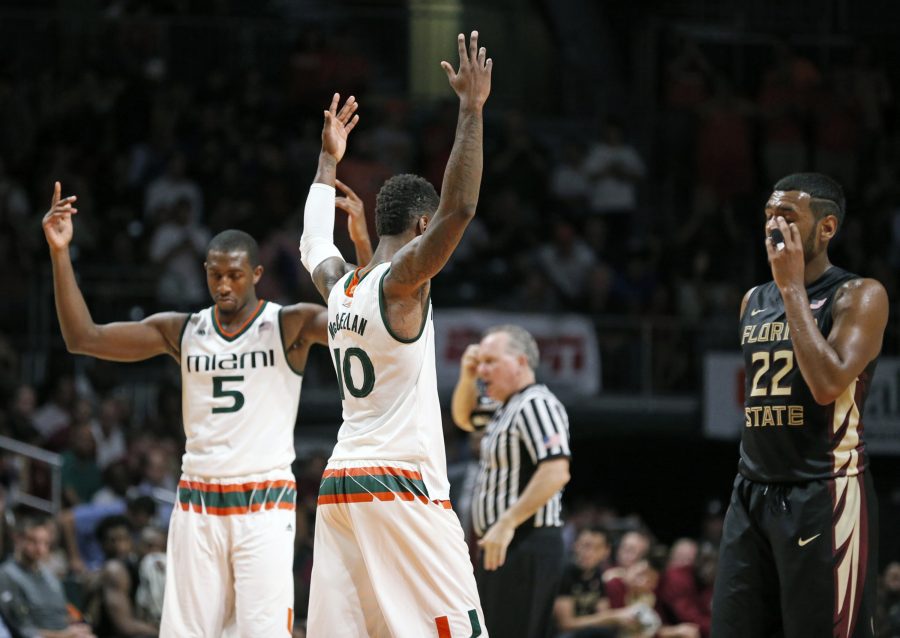 As conference play kicks into full gear, there are a few things to know about the strength and depth of the ACC as a whole this basketball season.

Every season, the ACC is regarded by many as the best basketball conference in the nation, and that is no different this year.

To start, you have to look at the top of the conference. As conference play begins, the University of North Carolina is once again the highest ranked ACC team nationally at No. 5 in the AP poll. The Tar Heels are the cream of the crop in the ACC year in and year out, making this year’s team a surprise to no one. The Heels, led by senior Marcus Paige, have two impressive non-conference wins over Maryland and UCLA. However, the loss at unranked Texas hurts the Heels chances for a No. 1 seed in the NCAA tournament.

Along with UNC, two more ACC teams stand out as being able to compete for a national title: Miami and Virginia. Miami, led by guard Sheldon McClellan, has notable wins over Utah and Butler, and they have climbed as high as No. 8 in the most recent polls.

Virginia has been an ACC stalwart over the past several seasons, mostly predicated off of Tony Bennett’s defense-first mentality. As UVA is one of the nation’s best in overall scoring defense they are led offensively by the dynamic Malcolm Brogdon and Anthony Gill. The Cavaliers have knocked off both West Virginia and Villanova this season and they are currently ranked No. 13 in the AP Poll.

Since the top of the ACC is always strong, what really makes the conference special this year is the depth and quality of every team. Teams such as Clemson (started 3-1 in conference), Virginia Tech (started 2-1 in conference) and Pittsburgh (started 3-0 in conference) are all teams that are normally in the middle of the pack. However, all are making a push towards the top of the conference this season. This depth is what will make the ACC a bloodbath come the middle of conference play and post-season tournaments. There are no nights off in the Atlantic Coast Conference this season. Every team will give it their best shot. Night in and night out, any team can come away victorious (aside from Boston College, maybe).

At the end of the season, I expect North Carolina to win both the regular season and conference titles since their depth and seniority will be vastly overwhelming for most squads they go up against. I expect the first team All ACC to consist of guard Anthony Barber (N.C. State), guard Malcolm Brogdon (UVA), forward Michael Gbinije (Syracuse), forward Brice Johnson (UNC) and forward Devin Thomas (Wake Forest).