Fashion Trends Through the Decades 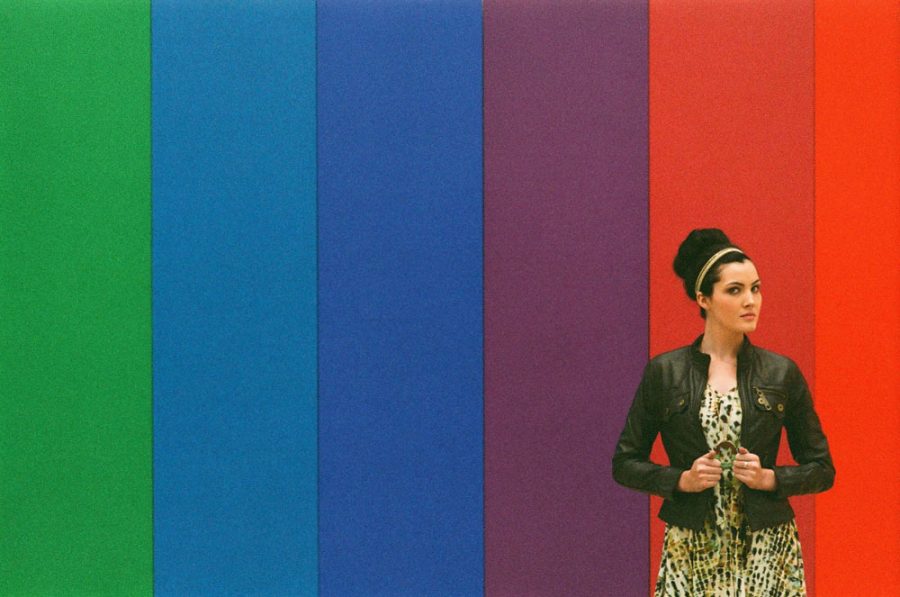 A lot can change in 100 years, especially when it comes to fashion trends.

From the menswear and military-inspired outfits of the 1910s to the ever-evolving mishmash of styles today, fashion seems to change more than the weather changes temperature.  Here’s a look at the top trends of the past 100 years.

One thing that’s important to realize about this decade is the fact that this was the decade of not only World War I, but also of the women’s suffrage movement. As such, the closer the world came to war and rights for women, the more fashion was influenced by military uniforms and menswear in a color scheme of khaki, black, white, green and purple. Along with all of this, a fascination with the exotic, bohemian and oriental were en vogue.

It’s no secret that the flapper look was the big thing for women to wear to formal events and parties in the “Roaring 20s.” In the wake of World War I, people across the globe needed a chance to have fun and go wild, resulting in scandalous new dances like the Charleston and the Shimmy. Fashion had to keep up. At its base, though, 20s fashion was uncomplicated and loose for everyday life. Skirts and dresses were straight and slightly shapeless with lower waistlines, usually down at the hip, and higher hemlines.

Matching knit ensembles were a must for any fashionable young woman. Sparkling embroidery, decoration or other embellishments were popular for the flappers, while day-to-day patterns were often simple flowers or the occasional “oriental” style.

Fashion halts for no man, and certainly not for any man’s economic woes. Despite the Great Depression, the 30s saw a resurgence of five different style inspirations: Greek, medieval, crinoline, Empire and military. Dresses were draped and classically styled, while medieval meant long, gothic lines, flaring skirts and scalloping. The crinoline influence manifested in the form of full skirts in tulle, and Empire lead to high waists and small, puffed sleeves. As the decade wore on and the world sped towards WWII, lines and styles came to echo military uniforms, both historic and contemporary.

The top styles of the first half of the 40s and the top styles of the second half presented a direct contrast to one another for both men and women. Utility versus femininity; war versus peace. During the wartime years, pencil skirts, full-shouldered jackets and military-style outerwear were the big things. After the war, though, skirts became fuller again, and everything emphasized a more feminine body shape. Dyes were limited in the first years of the decade, so the popular shades were often variations on neutrals, or the occasional muted blue, red or green, though things became brighter and more exuberant after the end of the war.

The looks of the 50s were nothing new. Really, they were just a repetition of the looks of the latter part of the 40s, reflecting the world’s need to relax a little and celebrate the end of the war. As such, women’s styles were feminine and opulent, while men’s looks were laid back, well-tailored and comfortable. The full, A-line skirt, including the Poodle skirt, was popular among the younger crowd, usually with a pair of flats or low heels.

Given the fact that the 60s witnessed major changes in society around the world, it would make sense that fashion, too, was changing in a big way. The most popular trends of the 60s were daring, futuristic, youthful and strikingly different from the looks of the first part of the 20th century. This was the decade of the hippies and “flower power,” but also of Lilly Pulitzer, the miniskirt and the shift dress.

The 70s saw a return to vintage styles and a fascination with folk costumes from around the globe. Like the 60s, the 70s were also a time of enormous social changes, but this time, fashion looked back to the past rather than ahead to the future. Flared jeans, loose blouses and flowery dresses dominated the fashion world, mostly featuring peasant and ethnic prints.

Beginning in the 80s, fashion began to splinter, resulting in many different definitions of what was “in.” Bright colors, padded shoulders and menswear pieces were among some of the key elements of “high fashion” in the 80s. The looks of the 40s returned, again putting emphasis on the feminine silhouette and strong shoulders.

90s fashion was eclectic to say the very least. Pop culture played a large part in influencing the looks of the last decade of the 20th century. The “flower child” and “hippie” looks of the 60s and 70s saw something of a comeback as bell bottom pants, tie-dye and body-fitting sihlouettes, among other things, became popular again. “Business casual” also caught on, taking business suit-type outfits and making them more relaxed and youthful. At the same time, women’s fashion got progressively “racier” when compared with styles 20 years earlier.

Described by some news outlets as “The Decade from Hell,” the first 10 years of the 21st century were difficult for all areas of society, fashion included. As a result of the turmoil, and despite calls from designers and the media for “dressing up,” the prevailing trend of the 2000s was informality. Low-rise jeans, short shorts and skirts and crop tops were especially popular as millennials reacted to changing ideas of modesty and workplace attire in the years between 9/11 and the financial crisis of 2008. The most prevalent style for women, though, was arguably “boho-chic,” which combined all of these elements.

The top styles of the 2010s are a strange mix of many different time periods, tastes and influences. Currently, the folk-inspired looks of the 70s are once again “in.”