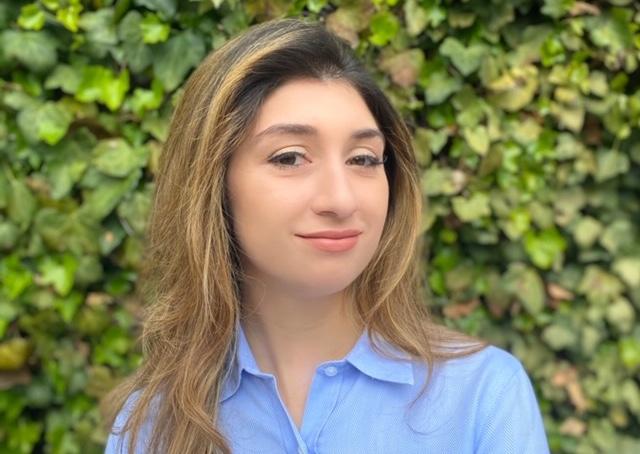 In 2009, a sixth grader from Glen Cove, N.Y. was in the midst of choosing a foreign language for high school and had no idea that this decision would affect the rest of her life. Fast forward to 2015. Now a high school senior, she was applying for colleges, and with the help and inspiration from her English teacher Mrs. Jensen, a Wake Forest alumnus, she made yet another decision that set her on a new life path. Alexandra Casale, now a graduating senior, originally decided to take Mandarin Chinese because of the intrigue it brought her and the challenge it posed.

“As I took inventory of my options, there was Italian and Spanish,” Casale said. “Then there was something new, which was Mandarin. I realized that Italian or Spanish would be the logical choice, after all I lived in New York, but something about Mandarin and its really complex characters really drew me in.”

Ever since that moment, she has excelled further in the language, attaching it as a major alongside her interests in Economics and has been sweeping up awards and recognition for her success in the studies.

Casale’s ambitions in learning Chinese took a brief halt in the 10th grade when her school district canceled the Chinese program, but it didn’t take long before she rediscovered her love for the language upon entering Wake Forest. During her four years at Wake Forest, Casale has won a variety of competitions, including the JUHE and the US-China Peoples Friendship Association Chinese Essay Contests, and most recently the Chinese Speaking Contest at the Confucius Institute at University of North Carolina, Charlotte.

Among her favorite experiences in class was her time with language instructors Qiaona Yu and Yaohua Shi, to which she is thankful for because of their innovative and dedicated teaching styles, and their work to push her into outside competitions. Alongside her Chinese language courses, she has taken a few culture classes such as Chinese literature with professor Yaohua Shi and Kung Fu China with professor Andy Rodekohr, a class she took because of her dad’s prior experience with learning Kung Fu and being an MMA fighter. Rodekohr served as Casale’s major advisor and was a large part of her continued desire to immerse herself in Chinese culture.

Aside from her studies, Casale has also been on the events planning team for Friendships Beyond Borders (FBB) for the past two years, where she has been opened up to the importance of forming relationships with those who are different than herself.

“This experience has really opened my eyes as to how many Chinese international students there actually are at Wake [Forest], and how important it is for us domestic students to reach out to them and form relationships,” she said.

The organization aims at connecting pairing American students and international students in order to provide a further understanding between the two different groups.

As her time on campus was cut short by the current global circumstances, Casale is posed with an interesting set of challenges that have forced her to alter some of her post-grad plans, which originally included a desire to go to China to intern for six to 12 months, and then attending graduate school.

“Graduating from college bears a lot of uncertainty already and now with this pandemic it’s even greater uncertainty of what the future holds,” Casale said.

Now, her plans have altered a bit, and she hopes to attend graduate school first and eventually return to China. As she looks back on her experiences at Wake Forest, she is grateful for her experiences and the life-long relationships she’s built with friends and professors.

For those who wish to pursue mandarin as a major, Casale leaves a few words of wisdom.