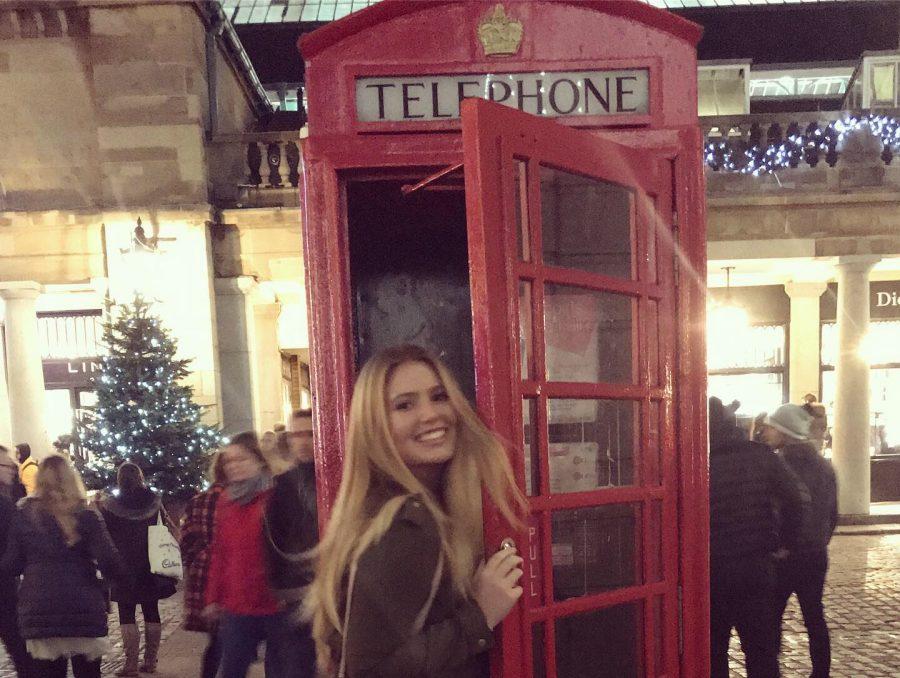 Zoe Schneider is a senior from Orinda, Calif. and she is a Classical Studies major through and through. Choosing this major was easy for Schneider, because she has always had a passion for the classics, she said.

“I really loved Latin in high school, then I realized I could major in [Classics] in college and thought ‘why wouldn’t I,’” she said. “Its my favorite thing to do, I love it. I think classics are so applicable to many different subject fields, and so applicable to pop culture like music and movies.”

Schneider said she loved that learning about a culture that is over 2,000 years old can still be so rooted in modern day. She also said that she really appreciated the fact that the Classics department is a very small, tight-knit community of faculty, staff and students.

She also appreciated the diversity of classes and subject fields available in the Classics major, and said that professors can see students shine in many subjects.

Classes like Ancient Worlds, Modern Crises have been transformational for Schneider because, as she said, they’ve allowed her to explore the connections between the ancient and modern world.

Schneider said this class has challenged her to read a classic work, like the Iliad, and see how such works fit into modern society and how we can use them to continue learning and growing.

“We can learn from the ancient world,” she said. “And not repeat their same mistakes.”

Schneider said she is also learning how to use Classics for good while also combatting the way people have historically used Classics for evil, as she put it.

To anyone considering being a classics major, Schneider said that everyone should take at least one class in their time at Wake Forest.

Schneider explained that she had a different Wake Forest experience from most students, because she came in as a transfer student her sophomore year.

“I’ve been to another school and I know what other schools are like,” she said. “So I have a direct comparison as to why Wake [Forest] is so great.”

The hospitality and inclusivity of the community on campus are what caused Schneider to feel at home. She says that the kindness and respect from her fellow students are what she appreciates from her peers and classmates.

Schneider also said that she appreciates the diversity of opinions as well as students’ ability to truly voice those opinions and ideas on campus.

“Wake [Forest] has students with so many different opinions and backgrounds,” she said. “And everyone is really able to explore those, whether it be through communities and clubs on campus or speaking in classes.”

“Wake [Forest] is, by and large, a place of respect,” she said. “It is very special in that regard.”

Aside from academics, Schneider volunteers at the Forsyth County Humane Society as much as she possibly can. She makes time in her schedule to take sheltered animals on walks or just spend time with them several times throughout the week.

“It is my favorite thing in the world,” she said. “You get to give these dogs and cats an experience that they aren’t going to get for the rest of the day, which might help them be adopted and that is priceless.”

Schneider doesn’t volunteer alone, either. She has recruited several friends and classmates at Wake Forest to join her in visiting the animals at the shelter.

“For a few minutes a day, you make that dog or cat’s day bearable,” she said.

Schneider’s volunteer work at the shelter was her own personal way of becoming connected to the larger Winston-Salem community, while still being connected to her life on campus.

On campus, Schneider has many accolades and achievements. She is the treasurer of the Classical Honor Society; she received the Andromeda Award, the Royal Scholarship Award, the Classical Association of the Midwest and South award and several others.

“[My awards] are very much department related,” she said. “But that is exactly who I am at college. I am a classics major who loves what she does, and I could not be happier with that self.”

Upon graduating, Schneider will be the RA and professor’s assistant at the Worrell House in London, where she will continue to foster her love of the classics and Wake Forest.

Zoe said the thing she will miss the most about being on campus is the continuing academic conversation around her field of study.

“I am not ready to stop exploring,” she said. “It’s such a blessing to feel so connected to a group of people.”