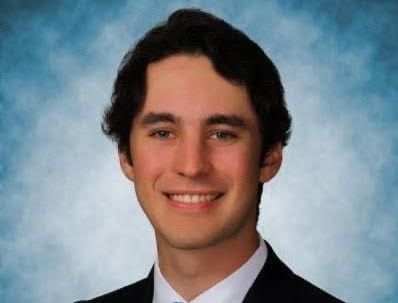 Upon entering Wake Forest as a freshman, Alexander Horn had specific goals in mind; four years later, his accomplishments have extended far beyond what was thought possible. The Latin major has allowed Horn to focus his education on classical studies, all the while building up an accomplished resume for medical school.

Having taken Latin in high school, Horn developed an interest in the complexity of language and chose to continue his studies in the language at Wake Forest. Although initially indicating a Latin and Biology double-major with a Neuroscience minor, Horn chose to drop Biology after being accepted into the Wake Forest School of Medicine in his junior year.

According to Horn, it was after enrolling in the upper-level language classes in his freshman year that he knew he wanted to continue down the Latin path. Due to its proportionally small class sizes, the Latin department values the teacher-student relationship and will go to great lengths to ensure that students are learning for personal enrichment.

“[The] Latin major is pretty small, there are hardly any of us which is great because the classes are personalized,” Horn said.

One particular professor who has touched the life of Horn includes Michael Sloan, who served as an encouraging role model since freshman year.

“Dr. Sloan was my first professor. He was an amazing mentor to me and positively influenced the direction of my major,” Horn said.

Horn’s scholastic efforts at Wake Forest have been driven by his musical talent, as he is the proud recipient of the prestigious Presidential scholarship. Horn has performed the viola in the university orchestra as the first chair for the past four years and is saddened that the orchestra was unable to perform the Spring recital for retiring orchestra director, David Hagy.

Horn’s skillset has also carried him to a national championship on the greenway, where he holds the role of Golf Club vice president. Additionally, Horn is the vice president of Alpha Epsilon Pi, as well as a brother in the honor society Eta Sigma Phi.

Few students have the luxury of a secure plan for post-graduation, let alone as a junior. For Horn, applying and getting accepted to the Wake Forest School of Medicine through the early assurance program has allowed him to focus his undergraduate studies on classes that spark interest. In preparation for medical school, Horn has been focusing his attention studying epilepsy neurosurgery, as he hopes to pursue this specialization upon completion of medical school.

To students interested in pursuing Latin or Classical Studies, Horn shared the following advice: “just start taking classes. Get your foot in the door and you’ll meet one professor that introduces you to another until you’re roped in.” Aside from coming into play while studying medical terminology, Horn is confident that his experiences and curiosity with classical antiquity will translate to whatever lies in his future.

Horn is but one of the countless seniors who are having to conclude their college journey from home, but Horn reflects on his experiences at university with exceeding fondness. From devoted professors to the plethora of supportive peers, Horn is grateful for the experiences and people who supported him throughout all his accomplishments.