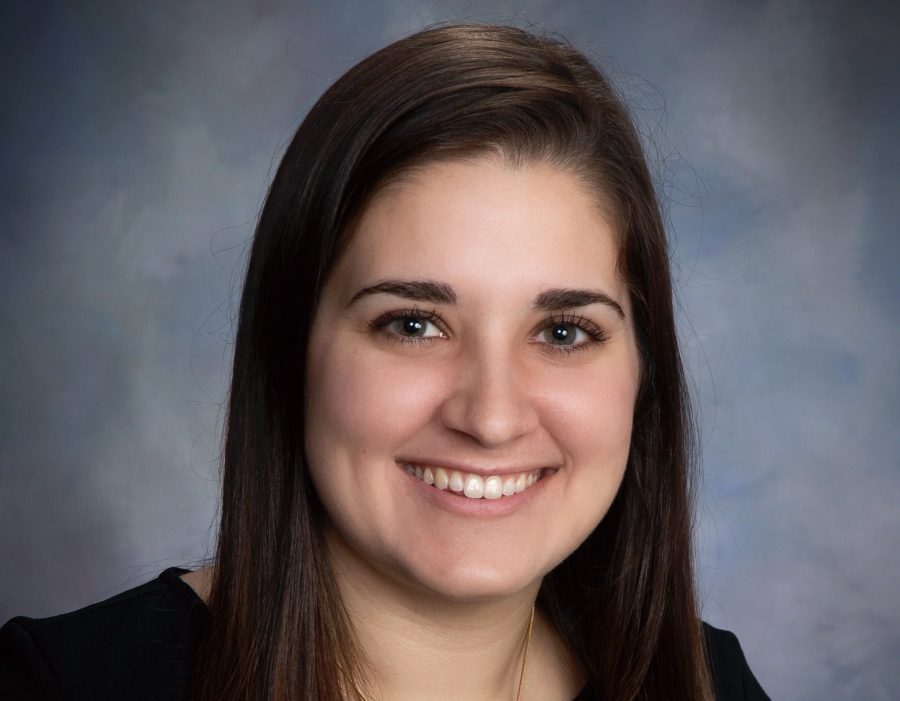 What does the zero say to the eight? Nice belt!

This is the kind of math joke that math professor John Gemmer fondly remembers senior Alex Yarosh telling him in class — even though she had to explain it to him (the number eight looks like the number zero with its waist cinched by a belt).

Given that it bled into her sense of humor, it should come as no surprise that math has always been of great interest for Yarosh, a mathematical business major. She also always knew she was interested in business, as she liked money and the concepts around it.

Yarosh loves these two fields of study and their intersection so much that she wanted to come to Wake Forest in large part because it had a mathematical business program.

Her sociable and fun personality compliments her analytic brain, and this does not go unnoticed by her professors.

“She dives into course material, works extremely hard and is just fun to have in class, especially as we both take joy in using colors galore to create graphs — she has taught me a few I am excited to use,” said Nicole Dalzell, a professor in the math department.

The summers after her freshman and sophomore years, Yarosh worked as a bank teller in Cape Cod. Her experience drove home her love for business and banking, while also making her realize that she wanted to take a more analytical perspective to this industry.

“I stand by the belief that a bank is the only place where you can see literally every single type of person to ever exist, because no matter how rich or poor or whatever metric you want to put on it, you need to go to the bank at some point,” she said.

Yarosh also enjoys interacting with a range of people as a tour guide for the admissions office. As a prospective student, Yarosh never went on an official tour of Wake Forest, but now that she’s a tour guide, she sees firsthand the influence they can have on students and parents.

“I really enjoy representing things that I think do a great job and so Wake Forest is one of those things,” Yarosh said. “I think it is an incredible school that has so much to offer.”

Although she has a plethora of interesting stories from her tour guide days, Yarosh said her

favorite college memory was during the physics of music class she took sophomore year.

Her class had been doing a lab on the bells in Wait Chapel, measuring their different frequencies and tones. The carillonneur asked Yarosh, who knows how to play the piano, if she wanted to play the carillon bells, and Yarosh enthusiastically jumped at the opportunity.

With the Demon Deacon making a well-timed appearance on the upper quad, Yarosh played the university’s alma mater.

“I peaked at that moment,” she joked.

Yarosh believes that her education will serve her well in the future — particularly when it comes to group projects, which she said she feared before college.

“Wake Forest taught me that everybody has a different strength,” Yarosh said. “While I will certainly be the person in the more analytical role, I’ve really learned to appreciate the different types of strengths that people can bring that I can’t.”

Following graduation, Yarosh will be working at Ernst & Young in Charlotte as a member of their financial services business advisory staff, where she will consult for banks and banks’ insurance wealth management. She also will be completing a part-time masters in analytics program at Georgia Tech.

Professor Matthew Phillips, who taught Yarosh in the business school, knows that she will continue to be a leader in whatever team she finds herself on.

“Alex is the kind of leader that peers look to even when she’s not functioning in any official role: she is a calm and steady example in every context,” Phillips said. “Perhaps most impressive is the way she stays intellectually curious and engaged — she’s already accepted to graduate school as she begins her career in analytics — while also working to apply what she knows in order to help her community.”