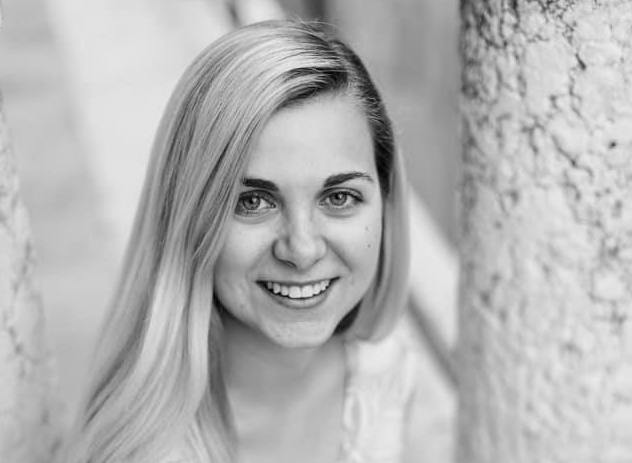 Hannah Thiessen, who hails from Annapolis, Md., came to Wake Forest knowing exactly what it was that she wanted to study: conducting.

As a high school senior, Thiessen was initially unsure of what kind of institution would put her in the best position to study conducting, and one day find a job where she could apply what she learned.

“I was applying to a lot of different conservatories, but I am so glad that I ended up going to Wake Forest because of how great the music department is here,” Thiessen said.

She added, “Most of my classes are so small, many have five kids or less. Because of the small class size, I get so much one-on-one interaction with the professors, and I was able to learn at a higher level than I would have had I attended a conservatory with larger class sizes.”

To no surprise, Thiessen’s instructors are just as fond of her as she is of them.

“Hannah has been a vocal and musical leader in the Wake Forest Concert Choir and Collegium Vocal Ensemble for four years,” Professor and Choral Conductor Brian Gorelick said. “She has been a wonderful student to teach because of her constant willingness to learn, her love of singing and choir and her commitment to a future career in church music and music education.”

Thiessen is equally appreciative of the tremendous time and effort Gorelick has spent with her over the past few years, and especially during her senior year as she created her senior project in choral and band conducting.

Like so many other plans, Thiessen’s senior project was altered by the global health crisis. Her original plan for the project could only be done in person, so she adapted the project so it could be completed remotely by using recordings and videos.

Next year, Hannah will be working at a church in California as a worship fellow.

“I’m going to be leading worship,” she explained, “which is so exciting. It’s going to be an incredible opportunity to learn more about music, and I’ll get paid.” The job seems to be a perfect fit, “they have a huge orchestra and choir with contemporary services, I can’t wait!”

Hannah fully acknowledges how the diverse experiences she has had at Wake Forest enabled her to apply and land the job.

“Wake [Forest] was so helpful in my process of finding an internship as a worship intern at a church, this past summer,” she said. “That experience was incredibly helpful as it made me feel equipped and ready to undertake this job.”

Outside of the many hours she has spent in music classes, voice and piano lessons, Thiessen is a member of the co-ed a cappella group, Innuendo, has been on the leadership team for RUF for the past four years and is a member of the sorority Alpha Delta Pi.

Thiessen will be missed by the many professors in the music department she developed close bonds with over the past four years.

“I was consistently impressed by Hannah’s openness to new musical styles and concepts as well as her willingness to step out of her comfort zone while we discussed many philosophical and aesthetic topics relevant to the twentieth century. It was clear that Hannah was motivated to improve throughout the semester — a trait that I believe will take her far beyond Wake Forest’s campus.” said professor David Geary, who taught Thiessen in his Music Theory III class.

“Graduating is definitely a bittersweet feeling,” she said. “It’s all coming to an end so abruptly, so I am obviously sad. Four years is never enough time at Wake [Forest], but I will be doing what I love next year in a new setting and couldn’t be more excited about that.”