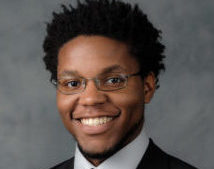 Alexander Holt had never heard of sociology before he came to Wake Forest.

Now, he is the first sociology major to win both the academic achievement and community engagement awards from the Department of Sociology.

Looking back on the trajectory of his academic experience, Holt explained how he unexpectedly discovered his love for the study of sociology during his freshman year. Since he had double booked English 150 and Writing 111 in the same semester, the university had randomly selected an introductory-level sociology course to replace one of those two courses in his schedule. As a result, Holt discovered that he really enjoyed learning the material taught in the sociology course.

“I’ve always kind of had an interest in people’s interactions and why people do the things that they do,” Holt said. “So I just didn’t know that that was quite sociology until I fell into it.”

“I cared very much so about what I was learning in the classroom, and then I cared about the spaces that I was in outside of the classroom and the truth is they kind of reinforced each other,” Holt said.

Outside of the classroom, Holt has been president of the Traditional Martial Arts club, wrote for the Odyssey, served as a President’s Aide, worked as the Intercultural Center Ambassador for two years, been a member of the Global Village living learning community, participated in and been a moderator for the BRANCHES Social Justice Retreat and helped to organize a Black Woman Empowerment Summit for black women from colleges around the triad.

“I think one of the most important things about the time that I’ve spent at Wake Forest has been how I’ve learned to work with other people to make sure that everybody’s positions and everybody’s voices are heard and recognized,” Holt said.

His social justice actions, combined with his academic work, have made an impact on everyone he interacts with, according to Hana Brown, an associate professor of sociology.

“Alexander transforms everyone and everything he encounters,” Brown said. “From his exceptional independent research on racial inequality to his daily work to probe, question, and address structural inequalities on campus, Alexander leaves an indelible mark on Wake Forest.”

Although he has been involved in many extracurriculars and social justice work across campus, Holt noted he is most proud of his accomplishments as the Intercultural Center Ambassador.

“If I had to choose one, like one hat that I’ve worn over time, [it would be] the position that I had as an Intercultural Center Ambassador, because it really gave me the opportunity to work with other people from lots of different perspectives and bring a couple of different ideas and concepts to life,” Holt said.

In addition to promoting diversity and inclusion in that role, Holt has also participated in every Speak Out held on campus for the past few years, as well as spoken to and worked closely with administrators and students to address concerns on campus, particularly minority concerns.

For his numerous demonstrations of his commitment to and interaction with social justice work during his four years on campus, he was awarded the Change Maker Award from the Office of Civic and Community Engagement.

“That definitely speaks to how important social justice is to me, and how important is then building those communities and working with people across campus on a number of issues,” Holt said.

He explained that he hopes to have made an impact on the university and improved the experience for those who come after him, even as he leaves Wake Forest to obtain a Ph.D. in sociology from the University of Texas at Austin.

“That’s one of the main things that’s been important to me, because, you know, we’re all gonna leave, but it’s always like if we can lay a brick for somebody else, then it’s always a good thing to do,” Holt said.