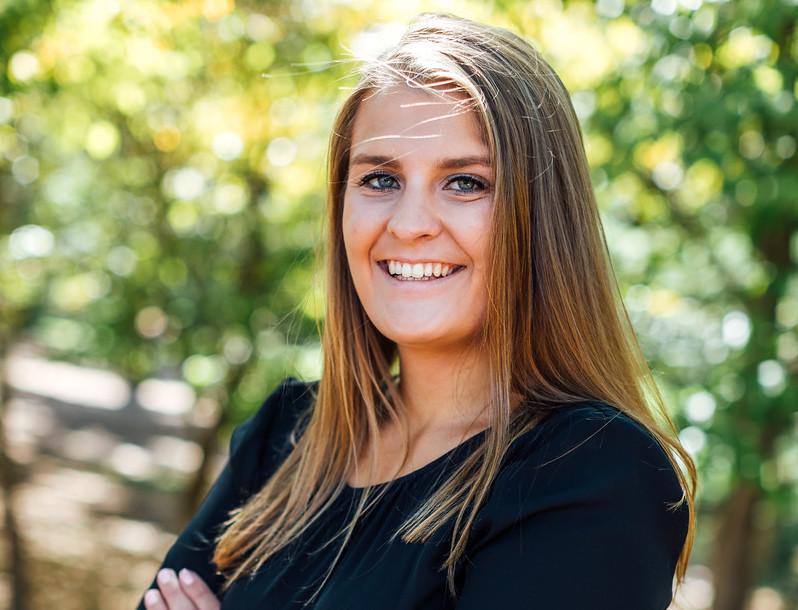 It was senior Julia Mroz’s fall sophomore study abroad experience at Casa Artom where she met professor Charles Wilkins and was introduced to how incredible professors could be at Wake Forest. She studied at the house because a history professor was going, but since then, she’s made great strides in the department and has developed close relationships with many of the faculty.

“Every professor I’ve had in the history department has gone above and beyond,” Mroz said. She cites professor Stephanie Kosack as integral to her experience in the department, having supervised her year-long independent research thesis, which she later revised for honors.

“It’s been really cool to learn from her,” Mroz said. “She’s really shaped my interests.”

The two would have weekly meetings as Mroz delved into the lesser-known stories of the British monarch.

“Julia is an enthusiastic and exceptionally dedicated student, a pleasure to have in class, and a talented researcher and writer. I’ve enjoyed learning from and discussing ideas with Julia over the past few semesters, and many of our conversations have informed my own research and writing,” said Kosack. “I admire the thoughtfulness, confidence, and sophistication that Julia demonstrates in her classes and research.”

Though she originally thought of writing her thesis on Queen Charlotte, she realized that her six daughters were largely absent from historical scholarship.

“Why were they forgotten by history?” Mroz asked herself. “What was their role in their own time?”

What she learned is that the daughters were the center of many satirical prints, a popular genre, and were instrumental in reminding the public of the benefits of monarchy during revolutionary periods, as their father underwent periods of insanity. She is also intrigued by the modern British monarchy, and drew contemporary as well as historical significance from her research.

Mroz’s interest in history spiked in high school, as did her interests in politics, her other major, and French, her minor. She figured she would continue to study what she liked in high school upon arriving at the university, and stuck with it. She sees all the subjects as connected, and her French skills even came in handy as she pursued her specific interest of European history.

Two classes Mroz has particularly enjoyed within the history department include a half semester class with Kosack titled, “Historical Biographies of Women,” which gave her new perspectives on how to think about history and storytelling, as well as an introductory class where the department asks students to examine the question “What is history?”, a question their final project aims to answer.

“I thought I knew what history was before that but after that, I completely rethought my definition of it as a scholarly definition the more I learned and read,” she said. She enjoyed writing about history as a discipline and closely analyzing the subject she would be studying throughout her college career.

“I don’t know if other majors have a class like that, where you get to study the subject itself,” she said.

This most recent semester, she was in a class with professor Monique O’Connell called, “Science, Magic and Alchemy” which she says is the “coolest class.” It discusses the renaissance of the scientific revolution and incorporates perspectives from chemistry majors who are also in the class. Because she does not consider herself a “science person,” this was a nice balance.

Outside of the classroom, Mroz is president of Student Union, a role she didn’t always see herself having. She never thought she would be involved in event planning, but has thoroughly enjoyed her time serving in the organization. She was grateful to have been mentored by older students as an underclassman and enjoyed mentoring younger students recently. She enjoyed organizing beloved Wake Forest traditions, such as Shag on the Mag, and regrets that these events couldn’t take place this Spring.

Mroz will miss being on campus with all of her peers, and is saddened at the thought that the pandemic cut her senior year short. She will miss her friends, professors and even acquaintances come the end of the year. Though she didn’t get to say goodbye to many of her mentors in the history department, she is grateful to them for cultivating a friendly and encouraging atmosphere and for always supporting her.

Although she briefly considered getting her master’s degree in history, Mroz ultimately decided to pursue her life-long dream of attending law school. To that end, she will be attending law school at University of Virginia next fall. She is eager to take the historical knowledge she has acquired and apply it to law.

“I think history will always stay with me and I don’t think I need to pursue it as a career for it to stay with me — for me to continue to be a historian,” she said.