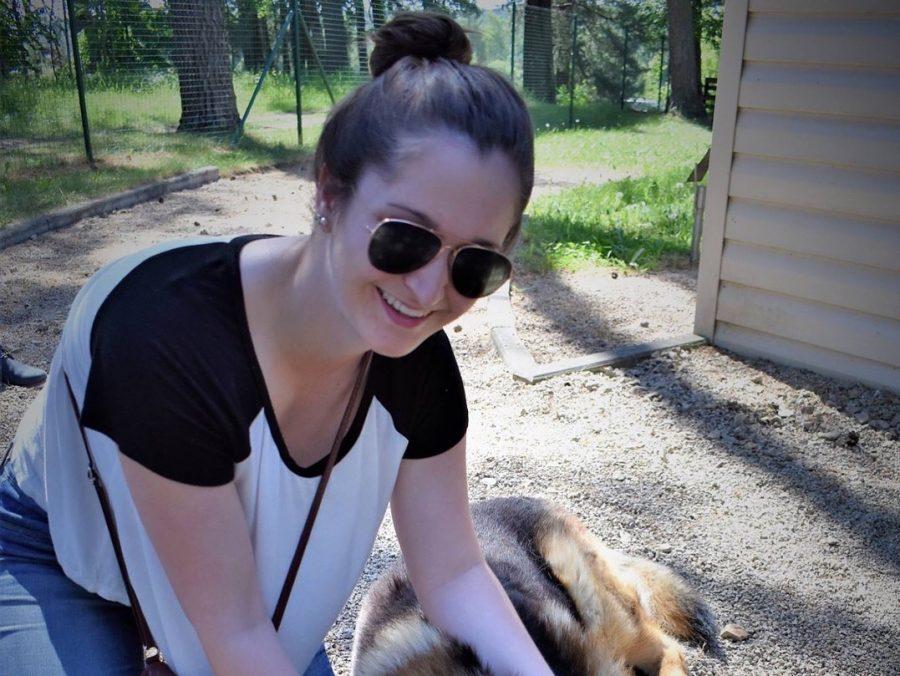 Though the situation around graduation this year is peculiar, senior Abby Moore thinks that it could offer a unique perspective that might prove itself useful for her and her classmates. “I think it will push us even more to get out into the world and make a difference.”

Moore acknowledges that looking back on her memories at Wake Forest is melancholic as she prepares to transition away from the school, and she certainly has an impressive career at the University to reminisce about.

Moore grew up in New England, but was no stranger to Wake Forest. She had family living in North Carolina, so their proximity offered her the chance to visit the school which she says she “loved right away.” Moore was particularly excited for the larger scale of the university and the depth of resources that it had to offer relative to her small high school.

Moore mentions ROTC as having a profound impact on her time in school; she was involved in the program for all four years. She saw success in a multitude of areas as well, accruing personal, academic and professional rewards.

One of Moore’s favorite memories from this year came when “the ROTC department got to organize and participate in the flag opening ceremony for the Military Appreciation football game at Wake [Forest]. It was raining so hard that there were only a few fans in the student section, but we still conducted the ceremony and it was a really cool moment.”

Moore was the cadet Battalion Commander for this year, which she says taught her plenty of lessons about leadership. After graduation, she will be commissioned into the active U.S. Army as a Second Lieutenant, with training in the summer and an additional year of school on the horizon before eventually being stationed with the army.

Moore made the decision to major in Russian after initially choosing the language for its difference from other things that she had studied. She spoke very highly of the skills that she derived from her Russian courses.

“I got to learn a language that’s strategically important, so it’s a great skill to have in any career field. Since Russian is a difficult language for native English speakers, I also think it builds resilience because it doesn’t always come naturally,” she said.

Moore also spoke at length of a couple of her favorite classes and professors. This semester, she is enrolled in a seminar in Russian Literature with professor Elena Clark which she says “covered a wide range of famous Russian authors and types of literature, which definitely gives me a better understanding of the country’s culture.”

Previously, she took a course about the structure of Russian with professor William S. Hamilton which she enjoyed for its uniqueness within the major classes.

Of both Clark and Hamilton, Moore says they are “amazing professors” who are “always supportive of whatever their students want to pursue.”

Moore also spoke with deep appreciation for her time abroad in Latvia following her sophomore year, advising that anyone inclined to major in Russian should take her queue in living in Eastern Europe for a spell.

“I really enjoyed using Russian everyday with native speakers and lived with a host family, so I was able to improve a lot over that summer,” she said.

For her academic efforts, Moore was inducted into Phi Beta Kappa, an honor society which accepts less than 10% of the graduating class annually. She had not expected to be selected for the society, but was nonetheless thrilled about the recognition.

Even still, could she go back and talk to her freshman year self, Moore says that she’d implore herself to “relax a little bit with my stress level over classes” in order to fully maximize her time at school. She managed to make a remarkable career for herself during her time at Wake Forest, and is certainly primed to go out and make an impact after leaving Mother So Dear.