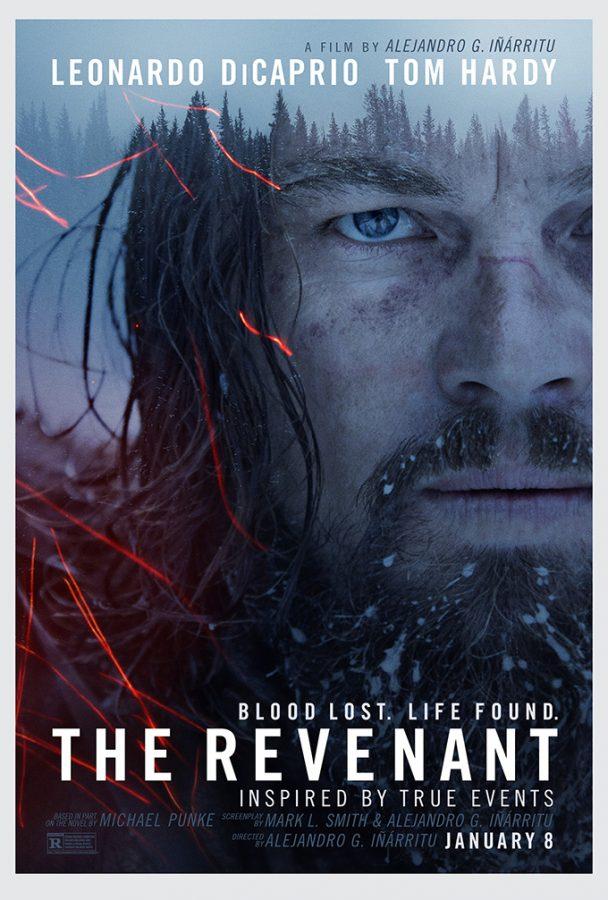 Time after time you have heard your friends tell you, “This is it! He’s got to win the Oscar this year.” I am talking about Leonardo DiCaprio’s talent for repeatedly not quite winning “Best Actor” at the esteemed awards ceremony annually held in Hollywood.

Maybe you believe your friends, or maybe, like me, you roll your eyes and just enjoy the possibility of a good movie. The new year already has seen a slew of great movies.

Movie goers can still see the box-office blowout Star Wars: The Force Awakens and Quentin Tarantino’s latest drama, The Hateful Eight. But, what caught my eye more than anything was Alejandro G. Iñárritu’s newest film, The Revenant.

The lead role of  Iñárritu’s  most ambitious film was given to none other than Leonardo DiCaprio.

On opening weekend I bought tickets and decided to see The Revenant for myself. Instantly, the film set itself apart from Iñárritu’s previous work.

There were many slow zooms and multiple cuts. Much of the film feels like montage, layering the characters’ emotions underneath expansive, bleak and wintry shots of the northern Rocky Mountains.

The cinematography in The Revenant is absolutely breathtaking. When you’re not watching Leonardo DiCaprio struggle to survive in the wilderness, you find yourself staring up at the trees and mountains.

Iñárritu creates a world that is as terrifying and vicious as it is captivating and magnificent.

In the first minutes, Leo’s company of fur trappers is attacked by a Native American tribe. An expedition of 70 men soon becomes 11, and the group is forced to track their way home.

The primary focus of the film is on Hugh Glass’ unfortunate run in with a grizzly bear.

The attack leaves him crippled and fighting for his life in the early minutes in the movie.

After a series of terrible and gory scenes, Glass vows revenge on Fitzgerald who leaves him for dead.

Though the story at its core is nothing we haven’t seen before, Fitzgerald’s character, played by Mad Max: Fury Road star Tom Hardy, provides plenty of material for an intriguing character study.

Where Hardy is chilling and brutal, DiCaprio is daring and confident.

One of the components of the film that makes it so captivating is its authenticity.

The film was shot with only natural lighting, calling for many reshoots of scenes. Iñárritu wanted to film only on location and with as little CGI as possible.

DiCaprio took his role very seriously in this film. When scenes called for him to swim in subarctic temperature rivers, he would. He also insisted on eating a real bison liver instead of a false one.

Where The Revenant fails is only in its pacing. Though beautiful, the film feels slow at points, and runs for two and a half hours.

With beautiful cinematography feats, impressive acting in harsh conditions and a wonderful soundtrack from Ryuichi Sakamoto, Iñárritu manages to humble all those taking in his masterpiece.

Drums hammer in succession, violins hum viciously, and Leonardo DiCaprio repeatedly delivers a performance that not only impresses but also makes me for once agree with the shared sentiment of my peers.

If ever there were a movie to provide the circumstance, The Revenant deserves “Best Picture” and Leonardo DiCaprio deserves to be awarded  “Best Actor” at the Oscars this year.

It seems that this very well could be the moment many fans, along with DiCaprio, have been waiting for.