A Look Inside Wake Forest Sports 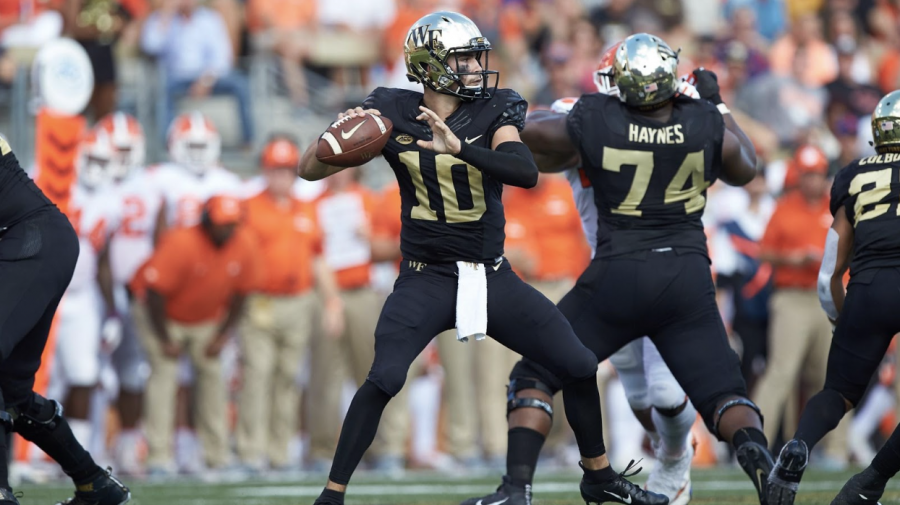 Wake Forest radiates success, and as you will quickly learn, our sports are no exception. Following tremendous accomplishments during last year’s campaigns, expectations are high for many of Wake Forest’s teams entering the 2020-2021 season. Better yet, the programs that traditionally garner the most attention — football, men’s and women’s soccer and men’s and women’s basketball — are not the only ones worth keeping an eye on. Track & field, golf, tennis, baseball, field hockey, volleyball and club ice-hockey teams are also poised to wreak havoc across the ACC and beyond.

While the reality of the situation at hand means there is some uncertainty surrounding how the pandemic will affect sports seasons at Wake and other NCAA programs, trust me when I say, if our teams are able to take the field this coming fall, you’ll want to be watching. The ACC has announced that if public health guidance allows, fall sports will begin competition the week of September 7.

At Wake Forest, Saturdays and football go together like freshmen boys and neglected laundry. During the 2019 campaign the Deacs started hot, winning seven of their first eight contests before suffering some injuries to key players down the stretch and ultimately finishing 8-5. In the Pinstripe Bowl, played in December at Yankee Stadium, the team lost to Michigan State, 21-26. Head coach Dave Clawson, entering into his seventh season, will look to build on last year’s success despite losing key offensive pieces in quarterback Jamie Newman, running back Cade Carney and wide receivers Kendall Hinton and Scotty Washington. With Newman announcing his transfer to the University of Georgia, the ball will likely be in the hands of the more-than-capable Sam Hartman. Receiver Sage Surratt, who had over 1,000 yards on 66 receptions (including 11 for touchdowns) last season, will likely be Hartman’s number one option.

The game-day experience at Truist Field that students have become accustomed to might not look the same as it has in years past, but you can be sure that Wake Forest will provide plenty of opportunities to cheer on the football team as they seek bowl-eligibility for what would be a program-record 5th straight season. The Deacs will play a total of 11 games over the course of 13 weeks during the regular season, their first on September 12th when they host the Clemson Tigers. The Deacs will face another powerhouse in Notre Dame early in the season. The game, which is set for September 26th at Bank of America Stadium in Charlotte is sure to be another highlight. Also on the schedule are bouts with ACC competitors including Louisville, Duke, UNC, NC State and Syracuse. If the Deacs can find their groove early and take down the Fighting Irish or Tigers, they’ll likely have a good shot at a berth in the ACC Championship game scheduled for mid-December.

Equally impressive during last season’s campaign was the men’s soccer team. Bolstered by 2019 graduate Bruno Lapa’s 10 goals, the Deacs finished with a record of 16-5-2 (6-2-0 against ACC competitors) and made it to the semifinal round of the NCAA tournament where they fell 2-1 at the hands of No. 1 seeded Virginia. If circumstances permit, students can make the quick walk up to Spry Stadium to cheer on head coach Bobby Muuss’ squad. Muuss and his players alike understand that this season, the bar is high.

“The opportunity to compete for the most competitive trophy in college soccer, an ACC Championship, is what motivates us each day. With that, we are excited for the opportunity to be able to get back on the field and train together. It’s extremely important that we do this for our student-athletes,” Muuss said, per a statement released on GoDeacs.com.

The NCAA men’s soccer championships will be held at WakeMed Soccer Park in Cary, NC in mid-November.

Come springtime, newly hired head coach Steve Forbes will look to restore the former glory of Wake Forest basketball. The highly touted Forbes spent the past five seasons at Eastern Tennessee State University where he led the Buccaneers to the NCAA March Madness tournament twice. Many hope he can do the same for the Deacs, who have not made it to the first round of the tournament since the 2009-10 season.