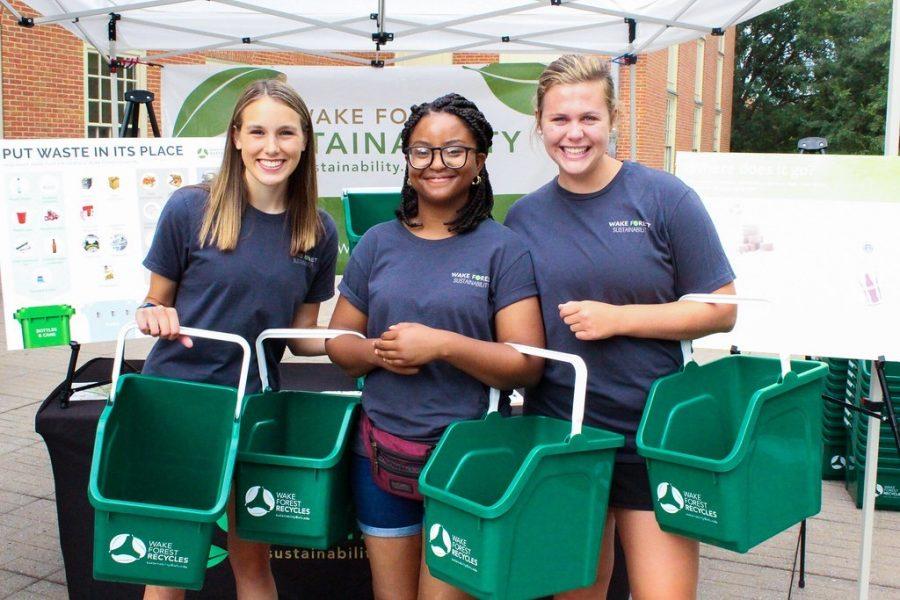 Wake Forest University moved its campus to Winston-Salem in 1946. During the 1940s, and continuing into the 1960s, redlining and other explicitly racist public policies significantly augmented the city’s geography of race, wealth and resources.

Much of Winston-Salem is considered a “food desert,” and many low-income minority residents in neighborhoods such as East Winston live prohibitively far from affordable quality foods. This contributes to nutritional inequities throughout the city.

Furthermore, Forsyth County reports some of the highest rates of eviction in the country, with predominantly Black and predominantly LatinX census tracts showing nearly double the eviction rates present in predominantly white tracts. These elevated rates of eviction are partially driven by a severe deficit of affordable housing, a shortage of roughly 16,000 units for low-income community members.

Additionally, almost 10,000 low-income residents in Forsyth County have lost their jobs as a result of the Covid-19 pandemic, a public health crisis which has disproportionately harmed low-income and minority communities locally and nationally.

For Wake Forest students, over one-fifth of whom come from families in the top 1% of income earners in the United States, engaging in volunteer work within the community may be a valuable diversion from the rigours of academic life. However, I would raise that doing so is in many cases a moral imperative. I wish I had recognized this imperative earlier in my time at Wake Forest, especially given the ease with which students can become involved in giving our city’s problems the time and attention they need.

The University’s Office of Civic and Community Engagement offers a variety of opportunities for students to positively impact their surroundings. Many of these projects and programs, such as Campus Kitchen — a group that repurposes surplus food and redistributes healthy meals throughout the community — and Hit the Bricks — a fundraiser for the Brian Piccolo Cancer Research Fund — will continue throughout the Fall semester with modifications to accommodate social distancing. Students can also engage with the community virtually by becoming a tutor for K-12 WSFCS students. The social justice incubator and social justice book club are also valuable avenues for recognizing and taking action against the systemic issues facing the city.

Not to be excluded are the various ways students can become politically involved in the community. Interested students can join canvassing efforts during election cycles or attend events and protests organized by local groups such as the Triad Abolition Project (@triadabolitionproject on Instagram) and the Unity Coalition.

The college experience is inseparable from the community in which it is situated, and there seems to be a natural obligation to develop a mutually beneficial relationship between students and their surrounding community.

Furthermore, and of greater consequence, Forsyth County’s history of redlining and legal segregation, its loss of tens of thousands of manufacturing jobs over the last 40 years, its nationally leading proclivity for evicting minorities from their homes and its severely underfunded and underperforming public schools continually reinforce the systems of inequality and patterns of concentrated poverty that make it the third worst county for economic mobility in the entire United States.

Community service is not the one-fix solution to these manifold and deeply rooted issues. However, it seems that to attend a $70,000 per year private university in one of the least economically mobile communities in the country without working to benefit the people surrounding you would be to egregiously miscalculate your complicity in the systems that harm this city’s residents.

It took me a while to fully recognize the implications of this obligation, despite the University’s ostensibly “pro humanitate” emphasis, and I encourage you to make community involvement a priority.