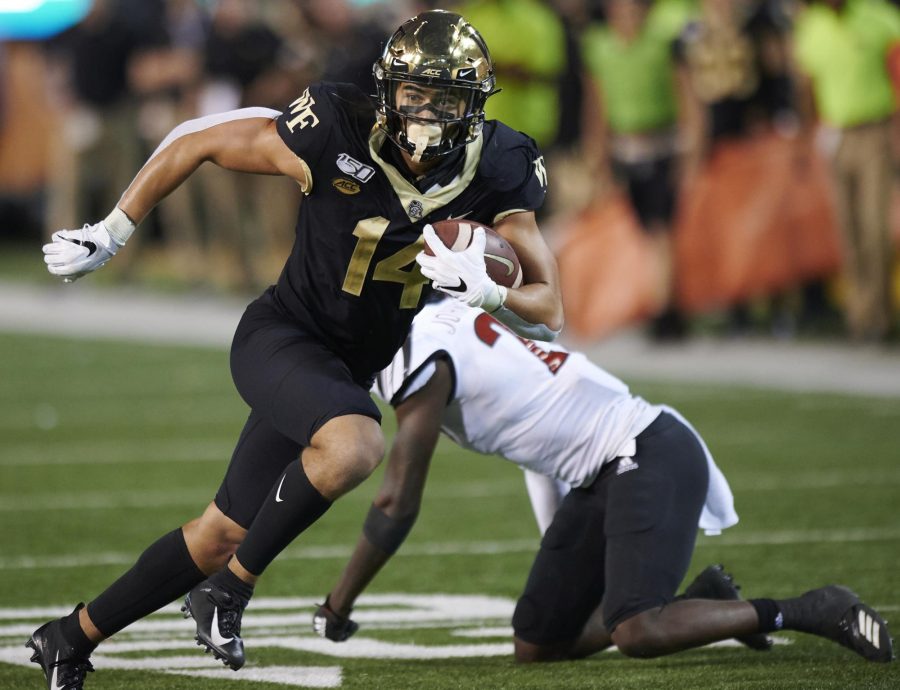 Wake Forest’s football team suffered a significant loss on Wednesday as standout wide receiver Sage Surratt announced via Instagram that he plans to forfeit his final year of eligibility for the 2020-2021 season. He cited the ongoing COVID-19 outbreak as one of the driving factors behind his decision, and also expressed his intent to use this time to prepare for next year’s NFL draft.

Surratt also conveyed his profound gratitude and appreciation for his time as a Demon Deacon, a sentiment certainly reciprocated by fans and coaches alike. While Surratt is the first Demon Deacon to exercise the right to opt out, he joins a slew of other notable NCAA players headlined by Penn State linebacker Micah Parsons and Oklahoma running back Kennedy Brooks.

Surratt will be sorely missed within the Wake Forest offense; he racked up over 1,000 receiving yards last season, hoisting himself into the national spotlight in the process. With the recent transfer of quarterback Jamie Newman to UGA and the graduation of WR Kendall Hinton, the Deacs’ offense was already facing an uphill battle. Now, with a heightened sense of uncertainty looming over the upcoming season, Wake Forest is left with more questions than answers.