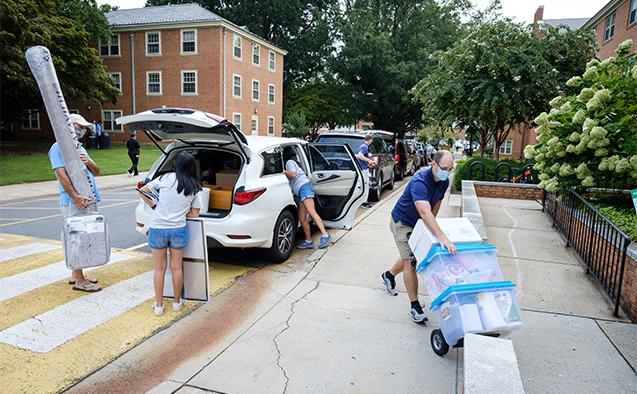 Let me start by saying that I fully acknowledge and appreciate the vast amount of resources and support that I received during my five years as a Wake Forest undergrad. Attending this university saved me in a lot of ways, and for that, I’ll forever be grateful. Another thing that I appreciate is the level of free speech that students have, especially the student-led newspaper. Without that, I wouldn’t be able to write this article on how flabbergasted and disgusted I am with university officials who are pretending that having students on campus is safe.

Surely a university with a motto that literally translates to “for humanity” wouldn’t jeopardize the health and well-being of students, faculty, staff and members of the community that surround the university, right? It wouldn’t blatantly ignore fact- based science (and common sense, to be honest) that suggests having persons on campus could quite literally kill someone, would it? As a for-profit university, of course it would.

There are a plethora of reasons for why campus shouldn’t be open, but I’ll stick to those that I feel are most pertinent, starting with the logistical inconveniences. Moving on to campus is in the top 10 biggest pains in the ass about the college process. For some students, it’s also an extra expense for them that they barely can afford.

While the majority of the affluent student population would have no financial problem packing everything up and going right back home, a last-minute move out would be unattainable for to some, trapping them on an infected campus or posing a huge and unnecessary financial strain.

Another reason is the faculty and staff. A large portion of professors, administrators, custodians and other staff positions are older and more vulnerable to the coronavirus. Furthermore, many university employees who aren’t professors or administrators are Black and low-income, doubling up on the potential risk of serious complications.

I always had a soft spot for the staff because I used to watch some of them have to clean up after pretentious adults who showed little decency and respect for them by leaving huge messes for them to clean up. Now they have to worry about pretentious adults who could literally get them seriously ill. Winston-Salem as a city is vulnerable, with a poverty level of 20.6% that is 1.5 times the poverty rate at the state level. 55% of residents make less than $50k a year. The University is irresponsible not only for jeopardizing its faculty, staff and vulnerable students, but also for jeopardizing the entire city as students will inevitably flock to the few public spaces that are open. While I sympathize with the colleges who may very well have to close with the loss of revenue, Wake Forest is not on that list being that it has an endowment worth a little over $1 billion. They have the money to cushion the financial losses of another remote semester, as well as provide as much resources to students during the fall semester to make the spring semester all the more better. But they chose to endanger people to keep the cash flow.

To the officials who had the power to do the right thing by keeping campus closed and consciously chose not to, shame on you.”

I know that many students will read this article and scoff, not giving a damn about the risks being posed to others, because they want their college experience.

Here’s a dose of reality: it’s not about you. The fun experiences that come with college are not and will never be more valuable than other people’s health. All of this could have waited.

To the officials who had the power to do the right thing by keeping campus closed and consciously chose not to, shame on you. You’ve misled students and parents into thinking that you can operate campus safely and mitigate whatever outbreak may occur. They will find out soon enough that that’s not the case.

There will be parties without masks or social distancing. There will still be people who are gross and don’t wash their hands often or at all. There will be asymptomatic students walking around slowly spreading the virus until outbreaks are out of hand, and things go back to remote learning. Families who purchased that tuition insurance that’s been semi-aggressively promoted throughout the summer will shrug off the inconvenience, while those who couldn’t afford it will loose their money.

As I see other colleges renege on their in-person plans, I wonder how many people have to get sick, how bad do they have to get sick and who it is that has to get sick for the university to do the right thing. None of this is Pro Humanitate and I’m so disappointed in my alma mater.