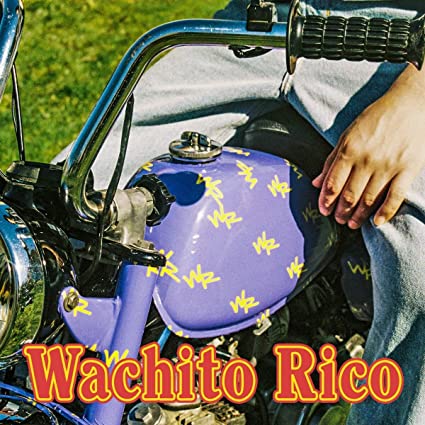 All lulling guitars and sincerity, boy pablo (Nicolas Muñoz), remains a fixture of the bedroom pop movement. He helped define the scene aesthetically and sonically with a viral music video for “Everytime” in 2017 akin to Mac Demarco visually and with the virality that launched a celebrity similar to that of Clairo’s “Pretty Girl.” Now Muñoz is on the heels of two highly successful EPs in 2017 and 2018 and is currently dropping singles in preparation for his full-length album release Wachito Rico this upcoming October.

The six songs released as singles from the new album appear to have a salve applied to a sound once rigid with youth, although still reliant on the jubilant guitars and carefree croonings reticent of many indie acts, there are some elements of his work that always manage to set him apart from similar artists. In those simple lyrics, which seem to come as text conversations on a teenage girl’s phone, boy pablo still manages to further hone in on an artistic vision. Though still battling some shortcomings lyrically, he has successfully navigated the shift from a sweatshirted kid making music in his basement to a fully fledged multi-instrumentalist, and provides the imagery of a soft boy whose vulnerability is his triumph. His music comes as immediate sensation, the sunny haze of a summer dream world.

It’s evident with his latest releases and music videos that the immature flirtations expressed in 2018’s Soy Pablo have blossomed into young adult relationships with Wachito Rico, The songs with visual components, “hey girl” and “honey” explore youthful love through a peach tint. With “hey girl,” Muñoz expresses the anxiety of being in love with someone whose reciprocation of affection is unknown. He captures that fleeting feeling when the expression of passion finally occurs and those moments of tumult while waiting for response. “Honey” seems to pick up the story shortly thereafter — it is the daydreams that result from requited love and is one of the more lyrically potent efforts. The music videos that accompany these songs play out these scenes and expand upon the signature lyrical simplicity of Muñoz by creating a fully flushed out world.

This world Muñoz creates alongside the music displays an awareness of how visual association helps hurdle the ephemera so commonplace in the roving hoard of indie musicians. It assists in setting apart a shallow poetical endeavour from an ocean of other such attempts. It capitalizes on the visceral, allowing an artistic vision to realize itself beyond the words that in many ways hold back this young musician from transcendent artistic expression. By providing the music with an expansive world steeped in warmth, it’s possible for visual cues to do the heavy lifting of connecting the listener emotionally when lyrics may be a hindrance. It exists as a storyline forever playing in the mind. When the words aren’t reaching you beyond the moments you’re listening  it, the idea is that you might wander within the visual world.

Though these recent singles maintain the candy-like sweetness of past lyrical expressions that might make listeners twinge at times, it is obvious that Munoz has found depth in the sonic and visual aspects of his art and focuses his energy there. By harnessing the power of YouTube virality and visual story-telling, boy pablo ensures that he retains the capability of standing apart from other artists within his genre, and this is why he remains ensconced in every bedroom pop playlist out there.