New, exclusive PS4 game is a blast to play 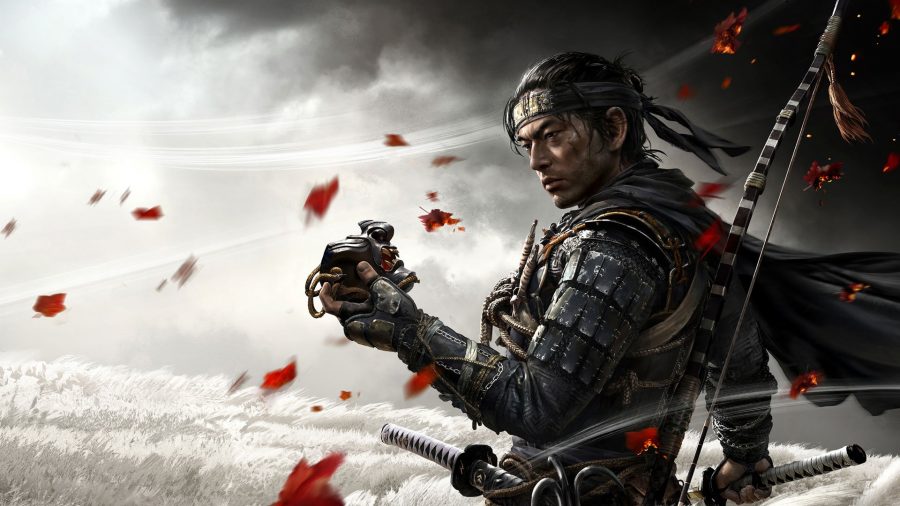 In the rapidly expanding genre of open world action and adventure games, Ghost of Tsushima finds its mark in the unique setting of feudal Japan and in the well-crafted story and game mechanics. This is no Assassin’s Creed in Japan, nor is it close to adventure titles like The Witcher.

Based on the historical battle of Tsushima during the Mongol invasion of Japan, the story of Ghost of Tsushima is a fictional account that centers around the character of Jin Sakai, one of the only remaining noble samurai on the island who must defend its inhabitants against the ruthless invasion force led Khotun Khan, a cousin of the famed Kublai Khan. The main story is a journey across the island of Tsushima — which is shrouded by mystery and an optimal amount of side quests.

The map itself stands on the cornerstone of Legend of Zelda: Breath of the Wild and is a faithful representation of the Japanese countryside. Every environment offers variety and the Onsens (mountaintop views) warrant a return even after you have completed them. Your clothing customization is perfectly suitable for the size of the game and gives a dizzying variety of headbands, helmets, hats and suits of armor to wear. You can compose haikus in serenity, collect relics to learn the history of Tsushima, cut through bamboo (Tameshigiri) with your katana to increase ability and so much more.

But the area in which Ghost of Tsushima truly succeeds is combat. Although this system bears some familiarity to the Batman: Arkham games or maybe Assassin’s Creed 3, it yields far more complexity. The timing system in the individual battles help to make one of the only authentic swordplay experiences in video games. Every fight felt cinematic. I enjoyed the combat so much that I’m sure in a couple years I’ll hop on the game again just to engross myself in an eight to one fight just for the fun of it.

However, even though I was blown away by the action in this game, one of the major complaints I have lies with the duel feature. Despite your inexperience with the combat system, it is fairly easy to pick out your duel opponent’s fighting pattern and easily defeat him/her. This is a pervasive issue that extends past the dueling and into the general nature of Ghost of Tsushima itself.

If you are obsessed with the game, or even moderately enjoy it, you’ll dig into the game and want more than it can offer. Like many games in the past the original Assassins Creed titles, Red Dead Redemption most of the adventures you find yourself in on the island of Tsushima are finite, so you had better ration them as you continue through your journey. Especially because there is no new game plus feature or any DLC excepting the newly announced multiplayer feature to this date. This is not a damning critique of the gameplay, bu trather a healthy warning that this game is so much fun to play that you’ll want to savor every hour of action.

I won’t give away anything too significant about the story. The acting isn’t over the top and Daisuke Tsuji impresses with his performance as the stoic, yet conflicted Jin Sakai. The writers behind Ghost hand over an instantly enthralling conflict between tradition and survival a seemingly eternal argument in the history of Japan. When the samurai fight the backstabbing Mongols with honor, it almost guarantees defeat. Who is to say honor and the tradition of Tsushima mean anything at all if it cannot ensure its own survival? This compelling thematic conversation of morality vs. survival echoes throughout time and into our troubled world today.

I’ve never rated anything I’ve reviewed before in the Old Gold & Black, but this game was so enjoyable that it deserves a 10/10 rating. I guarantee you will have fun.