Taylor Swift dropped a surprise new album on July 24 after announcing it merely 16 hours before on social media. While we spent our days binging on ice cream and Netflix, Taylor Swift wrote, produced and directed an entire album and a music video.

This album marks a stark difference in what we are used to getting from Swift. She usually drops hints or “Easter Eggs” long before an album releases for her fans to guess the details. Folklore, however, had no such pre-release promotion. Moreover, this album is categorized as Indie folk or alternative rock which is a bold pivot from Swift’s reputation as a country and pop singer. Despite that, it broke numerous records in terms of sales and streams, including the Guineness World Record for the biggest opening day for an album by a female artist on Spotify.

Swift wrote this album in isolation in collaboration with producers Jack Antonoff, Aaron Dessner, and the mysterious songwriter William Bowery — possibly a pseudonym for her boyfriend Joe Alwyn. The aesthetic of Folklore is reminiscent of a rustic, cozy, fall evening in a cottage. With the albums art features monochrome pictures of Swift in a forest. The lead single, “cardigan,” is similarly shot in a cabin and shows waterfalls and forests. Swift shared on Instagram how the album initially started with imagery. Being in isolation sparked her creativity, so she came up with a variety of characters whose stories she narrated through her music. This also explains the name Folklore. In Swift’s words, “A tale that becomes folklore is one that is passed down and whispered around. Sometimes even sung about. The lines between fantasy and reality blur and the boundaries between truth and fiction become almost indiscernible. Speculation, over time, becomes fact. Myths, ghost stories and fables. Fairytales and parables. Gossip and legend.  Someone’s secrets written in the sky for all to behold. I’ve told these stories to the best of my ability with all the love, wonder, and whimsy they deserve. Now it’s up to you to pass them down.” 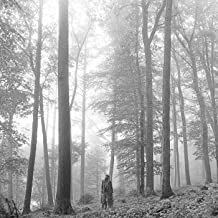 Swift did all her own hair, makeup and styling for her album art and photography.

Folklore showcases Swift’s superiority as a skilled songwriter, as it is more focused on lyrics than production which differs from older albums. Not to say she hasn’t made other lyrical masterpieces, of course. The lyrics feature vivid imagery such as “high heels on cobblestones,” “battleships will sink beneath the waves” and “Drunk as they watch my shattered edges glisten.” All the songs are ballads that form their own folklore. Three of them form a teenage love triangle, as Swift mentioned in a livestream. The song “betty” is from the perspective of James, who cheated on his girlfriend Betty and is now asking for forgiveness. However, he excuses his actions by saying “I’m only 17, I don’t know anything.” The song “cardigan” is from Betty’s perspective, who reminisces on her relationship with James and admits that she knew he would come back to her in the end. Her maturity is evident in the lyric “When you are young they assume you know nothing ….But I knew everything.” She also makes a reference to Peter Pan in the lyric “You tried to change the ending, Peter losing Wendy.” Swift has outdone herself yet again with these lyrical parallels. Peter Pan lost Wendy because he refused to grow up, and so did James. A cardigan is a cozy article of clothing that also serves as a physical memento that people often hold on to after the end of a relationship. The story surrounding it feels relatable and warm. Betty recalls, “When I felt like an old cardigan, you put me on and told me I was your favorite.” Who wouldn’t want to feel like someone’s favorite cardigan? Finally, we have the song “august” which narrates the third perspective of the love triangle, the girl James cheated on Betty with. It’s sad that what she called “summer love” was disregarded as “just a summer thing by James.” She knew that James wasn’t hers to begin with, yet just like any naïve teenager, she fell for him. The characters painted by Swift in Folklore are raw and vulnerable.

Speaking of which, Swift writes about a non-fictional person, Rebekah Harkness, as well. She was one of the wealthiest women in America after marrying William Harkness, heir to the standard oil fortune. The song talks about how she previously owned Swift’s “holiday house” in Rhode Island. Throwing extravagant parties, she “filled the pool with champagne and swam with the big names and blew through the money on the boys on the ballet,” and was hated by the whole town. In the last chorus, Swift shifts the focus of the song to her life and how she is “the loudest woman this town has ever seen” and that she “had a marvelous town ruining everything.” The parallels drawn between these two powerful women seemingly connected by the Rhode Island house is pure genius.

Folklore embodies everything that makes Taylor Swift unique: excellent songwriting, tear-jerking songs, detailed imagery and captivating storytelling. The rustic fall vibes of this album make for a perfect listen this season. In addition to great music, you’ll get a free English class out of all the metaphors, personification, alliteration and narrative parallels in the album. Overall, Folklore is a brilliant composition that is definitely worth the listen, don’t disregard it just because it’s Swift. It’s 2020 and it’s not cool to hate Taylor Swift anymore.