Deacon football awaits a season unlike any other 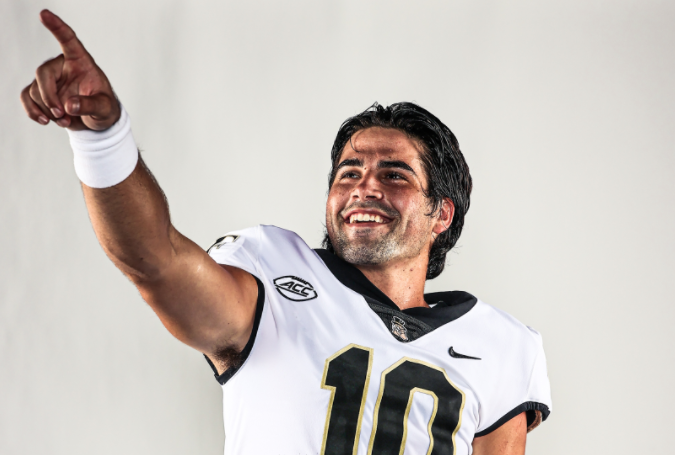 Last year, Wake Forest football showed glimpses of high level play with a 5-1 start. Now with the pandemic, Sage Surratt’s opting out, and Clemson slated as the first opponent of the 2020 season, there are a lot of questions that need answers.

In 2019, Coach Dave Clawson’s leadership and the offense’s outstanding athleticism led Wake Forest to a great start. However, injuries weighed heavily on the Deacons –– resulting in an 8-5 record that left much to be desired.

This year, everything seems different. The largest depressions in the team will be left by departed players: Justin Strnad (LB), Jamie Newman (QB) and Sage Surratt (WR). While Strnad’s time was up here in Winston-Salem, Surratt and Newman decided that they wanted to take different routes to the NFL. Newman’s route was to go to play at University of Georgia, while Surratt decided to opt out of the 2020 season to prepare for the NFL draft.

Bright spots on the team however, are returning stars, redshirt senior Carlos Basham Jr. (DL), junior Sam Hartman (QB) and junior Ryan Smenda Jr. (ILB). Basham is drawing national attention as one of the best defenders in college football while the other two have proven to be more than worthy of their roles. Hartman plays frighteningly similar to former Demon Deacon John Wolford, while Smenda may be able to not only fill the vacuum left by Strnad, but dominate in it.

But what about the newly revised schedule? Wake Forest starts off the year, as mentioned earlier, with a grueling task of facing Clemson. The Tigers are just as imposing this upcoming season as they have been in the past; star QB Trevor Lawrence is still at the helm and the Tigers boast a defensive line that has proven to be a force to be reckoned with.

Even with the talented Kenneth Walker III as running back, Wake Forest lacks the power in the backfield that Cade Carney brought to the table which may cause issues for Clawson. Hartman will have to put on an exceptional passing performance to keep Clemson’s defense on their heels and give the Deacons a chance.

Other uphill battles throughout the year will come against Notre Dame in Charlotte, then against Virginia at home and one more time against North Carolina at Chapel Hill. Wake Forest’s schedule last year showed how difficult ACC play can really be and in 2020, it may only add to that point.

Looking on the bright side, if anyone knows how to beat good teams and keep the Deacs in the spotlight, it is Clawson. Since he showed up in 2014, he has taken his team to four consecutive bowl games (beginning in 2016), winning three. He has forged a path for RPO (run pass option) offenses in point production and he can recruit exceptionally.

Wake Forest will have to utilize offensive potential in young WRs Donavon Greene and Nolan Groulx. On top of that, QB Hartman and HB Walker III will have to chip in enough rushing yards per game to keep defenses guessing.

As for the schedule this year –– it is only really different in two main ways: it is comprised of 10 games instead of 12, and it is now saturated with in-conference play that will count for much more than games last year like Utah State or Elon.

This means that the margin for error no longer exists. While the task seems intimidating, Wake Forest has a chance to prove to themselves and the nation that they are a legitimate threat in the power five, especially if they can avoid injuries.

Simply put, with Hartman at the helm of the offense and Basham as the centerpiece of the defense, Wake Forest possesses no less talent than last year. If injuries are avoided (for the most part), they can possibly come away with an even better record.