Sage Surratt to opt out of 2020 football season 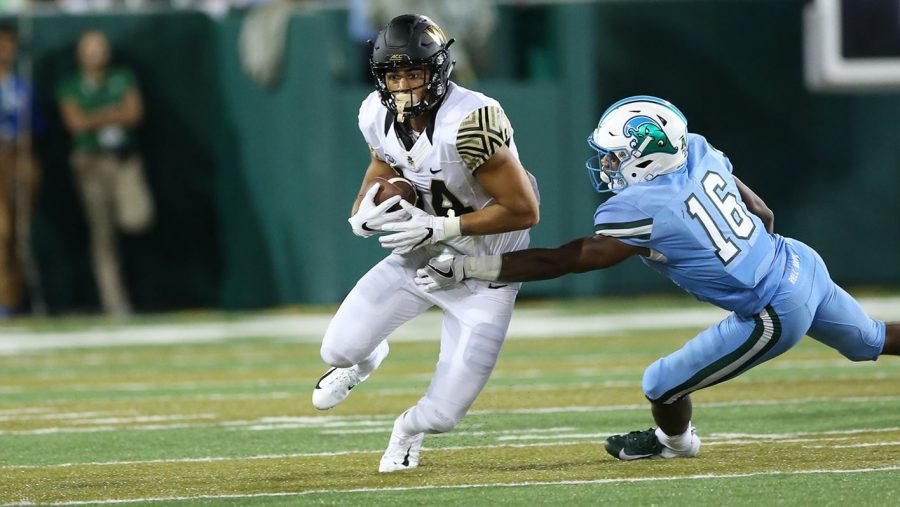 Few players in the NCAA last year were more explosive or effective at the wide receiver position than senior Sage Surratt. He racked up 1,001 yards and 11 touchdowns on the season, including a monster three-touchdown performance against Louisville. Some of his other accolades in just the past season included an All-ACC first team selection along with a whopping five games of over 100 receiving yards. Such accomplishments landed him plenty of time in the national spotlight and certainly turned the heads of NFL scouts everywhere.

His efforts headlined a Wake Forest offense that proved to be prolific at times; with mobile threat Jamie Newman under center, the Demon Deacons were a force to be reckoned with in the ACC.

The Deacs suffered a few unfortunate blows in the offseason, as Newman opted to transfer to Georgia in hopes of earning the starting spot there during his final year of eligibility. Fellow 1000-yard wide receiver Kendall Hinton graduated from Wake Forest and is currently a member of the Denver Broncos, and in the blink of an eye two of Wake Forest’s most potent offensive weapons vanished. The Deacs’ coaching staff was already scrambling to right the ship when the most devasting blow of all hit our feeds; Surratt wouldn’t be suiting up for the Demon Deacons this season. On Aug. 19, Surratt took to Instagram to announce that he would be exercising the right to opt out of the 2020-2021 campaign, forfeiting his final year of eligibility amidst concerns regarding COVID-19.

His message, although somber in nature, was incredibly heartfelt and genuine. Surratt expressed his profound appreciation for his time both as an athlete and a student at Wake Forest, stating that the university had “forever transformed his life.” He sent his thanks and well wishes to a long list of groups that included coaches, faculty, staff, trainers and fans, speaking fondly of his time and experience in all aspects of life as a Demon Deacon. He wrote that he was incredibly appreciative for the dedication and commitment of his teammates, that competing with them had helped mold him into the dominant player we all know him to be. It was humbling as a fellow student to hear just how much Surratt’s time at Wake Forest meant to him.

Simply put, it just won’t be possible to replace Sage Surratt within the Wake Forest offense. He manufactured big plays with ease, carving up defenses and leaving defensive backs in the dust in the process. His veteran presence in the locker room will be missed, and the Demon Deacons will have to begin searching for one or several individuals to fill his shoes. Surratt’s time at Wake Forest proved beyond a shadow of a doubt that he’s prepared to excel on Sundays very soon, and he’ll have Demon Deacon nation in his corner when he does. I know I speak for all of Wake Forest when I say to Surratt, thank you and good luck.