Expectations are high for women’s soccer 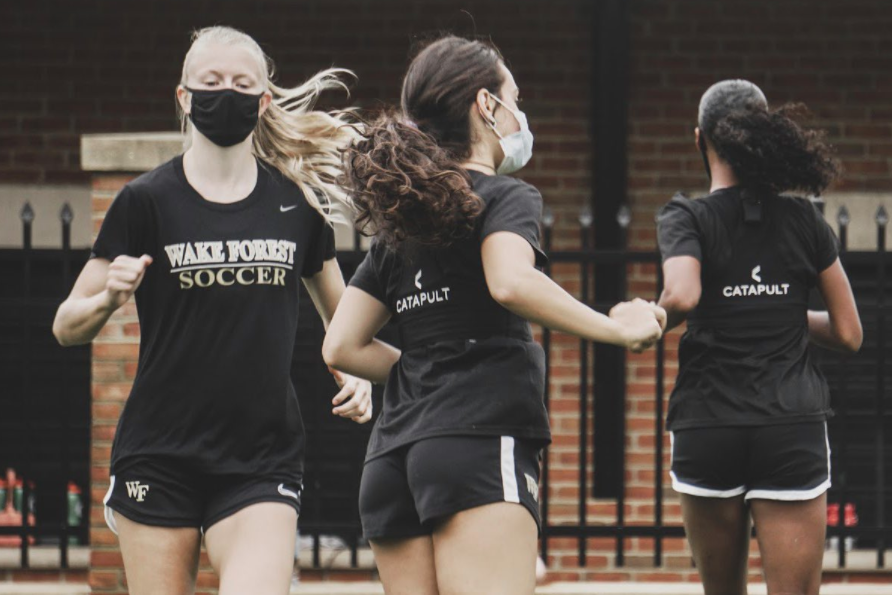 Entering his 24th season as the head coach of the Wake Forest Women’s Soccer team, there isn’t a lot that Tony da Luz hasn’t seen. Under his tutelage, the Deacs have been to 19 NCAA tournaments, won the 2010 ACC Championship, and went to the College Cup in 2011. In fact, Da Luz’s 263 program wins are best for the third most among ACC coaches since 1987. This upcoming season though, will be unlike any other in the past 23 years. With the COVID-19 pandemic upending college athletics, the Demon Deacons will have to deal with more obstacles than usual.

Last season, Wake Forest finished with a record of 6-8-4 which included an ACC record of 1-6-3. Although the Deacs lost more than they won last year, seven of their eight losses came by only one goal and two of those losses were in overtime. Additionally, the team began the season winning its first four and five of its first six, games which included a win over then 19th ranked Santa Clara. The ACC is widely considered one of, if not the best, conference in women’s collegiate soccer and is filled with perennial powerhouses like 21-time national champion UNC. Indeed, in a season where conference play will be more important than usual, the Deacs have their work cut out for them.

Wake Forest lost a lot of talent from last season and is looking to replace four of their leading scorers from last year. While the team will miss stars like forwards Hulda Arnarsdottir, Hayley Younginer, Estelle Laurier and defender Madison Hammond, there is still a ton of talent on this year’s squad. Returning at forward is ultra skilled senior Ryanne Brown. Brown formerly played for the US Under-17 National Team and was the 20th ranked recruit in the 2017 class. Last season Brown, who is from Indianapolis, Indiana, started 15 games and scored three goals and recorded three assists. Another name to watch out for this season is senior Hannah Betfort. Betfort, plays defense and hails from from Charleston, South Carolina started 16 games last season and led the team with five assists while providing rock-solid defense.

Junior, Giovanna DeMarco is set to be a key playmaker for the Deacs in the midfield. DeMarco, who was the no. 117 ranked recruit coming out of high school, started all 20 games her freshman year and was second on the team with four goals. She was also named to the All-ACC Academic and Freshman teams that season. Last year DeMarco missed the first three games of the season with an injury, but still started 12 games and recorded two goals. Redshirt junior Sofia Rossi will also be a key player in the Deac’s midfield. After starting 15 and playing in all 18 games last season, Rossi recorded three assists including a key one against Santa Clara. In goal, redshirt sophomore Mia Raben is expected to see time after starting four games last season and recording 19 saves.

Overall, the Wake Forest Women’s Soccer team has the experience and skill to compete in the ACC. The big question for the Deacs this season is if they can flip the switch and edge out victories and ties in games like the ones they lost by one goal last year. With the high level of competition in the ACC, that is far easier said than done. But, the Deac’s lethal mix of a coach with decades of experience and some of the most talented and hardest working players in the country gives them a real possibility of turning this season into something special.