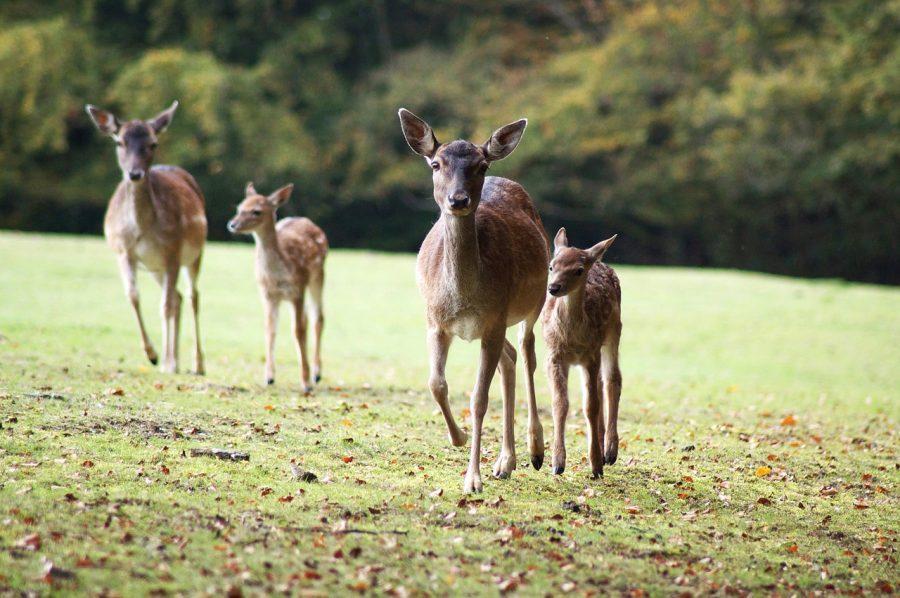 North Carolina is known for its beautiful state and national parks, and especially for the wildlife that exists in those spaces. Protection of land and animals is valued in the state, but that preservation is proving to be dangerous in the case of its deer population.

Researchers on campus are investigating causes of and solutions for the issue of overpopulation of Whitetail Deer in our area.

According to the NC Wildlife Foundation, the population of Whitetail Deer in North Carolina was 10,000 in 1900. However, the population has steadily grown since then — due to efforts to restore the population — and now is estimated to be around one million.

This may seem like positive growth, but the flourishing of the Whitetail Deer has turned into vast overpopulation. Deer have no natural predators in North Carolina, so the population, especially in protected areas, is growing faster than the biotic communities can keep up with.

One of the biggest ecological problems of overpopulation is that the deer over-graze the vegetation that other small herbivores also feed on.

Deer are known as a keystone species, meaning that they have a large effect on the entire ecosystem in which they live. The wellbeing of other species that share an ecosystem with deer are reliant on the deer population being properly regulated in order to also flourish.

“The deer eat basically everything that they can eat,” said Robbie Baldwin, former Wake Forest biology graduate student and teaching assistant. “And when they do that, they end up not only changing the vegetation community but they also change the small mammal community”

Due to North Carolina state laws, hunting is not allowed in state parks. While this seems like a positive protection of animals, it is actually causing damage because the deer are now running rampant and negatively impacting other plant and animal communities.

“There’s a lot of cascading effects [when the deer over-graze],” Baldwin said. “It changes the actual soil composition and how small mammals move around.”

Not only does this overpopulation issue negatively affect plants and other mammals, it also has an adverse effect on the human population in multiple ways. One of the most costly and deadly impacts of deer overpopulation comes in the form of vehicle accidents.

According to data from the NCDOT, animal related crashes resulted in nine deaths and 2,975 injuries in 2018 alone. These crashes also caused $146 million dollars in damages in 2018, and the majority of those involved deer.

The NCDOT also reports that Forsyth County has steadily been the tenth highest ranking county for animal collisions, with $3,115,475 in damages between 2016 and 2018. Wake county is ranked number one, while other more rural counties such as Swain and Graham round out the bottom of the list.

WFMY News reported a crash that occurred in Winston-Salem in 2018 that was the result of a deer on I-40; the deer caused the driver, who was transporting a herd of cattle, to flip because he swerved to miss the deer. The flip resulted in the death of half the herd that was being transported.

“We’ve reached a stage where there are too many deer in too many places,” said Jared Beaver, a postdoctoral researcher at Wake Forest and Fellow of Wildlife and Nature Resource Sustainability, Biodiversity, and Ecosystem Services Group at Wake’s Center for Energy, Environment, and Sustainability.

Beaver also said that urban sprawl and development contribute to the overpopulation issue because hunting is less popular in those areas. Additionally, deer are a generalist species, which means they can live in urban areas.

A large contributing factor to the overpopulation issue is the inability to hunt in state parks in North Carolina. The protected areas provide a safe breeding ground for the animals without any natural predation. However, researchers have proposed solutions to this issue.

One possible solution is regulated hunting in the parks as well as in other areas. While it may seem counterproductive to hunt animals in order to save them and others, it may be the best solution to the problem.

“Yes it is cool to see deer around all the time, but the deer have a very negative impact on their surroundings,” Baldwin said. “And since we’ve eliminated all the large predators in the area, we’re the ones tasked with controlling them.”

By allowing regulated hunting of deer in the parks and regardless of the season, the population will return to manageable numbers, allowing other plants and animals to be contributing members of the biotic communities in which they exist. Population control will also likely decrease the frequency of car accidents.

“We’re at a major turning point,” Beaver said. “We’re starting to really see the need for putting hunting in education.”